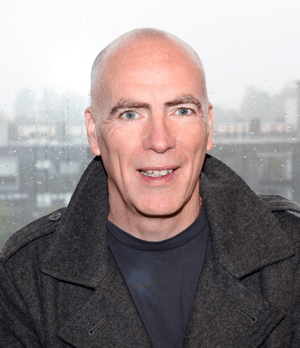 Analysis: support from the Irish National Teachers Organisation for the Rising strained relations with their Northern Protestant membership

It is one of life's great ironies that those organisations set up to provide resistance against a dominant force are also some of the most fragile. The oldest and largest teachers' trade union in Ireland, the Irish National Teachers Organisation, is no exception and their history is littered with stories of splits, mergers, fallings-out and reconciliations. Perhaps the most enduring of these schisms came about in the wake of events following the Easter Rising.

The origins of the unionisation of teaching in Ireland lie in the Improvement Societies that sought to draw attention to the "wretched conditions" within which teachers were working following the creation of the National Schools network in 1831. In 1868, the philanthropist Vere Foster observed that Irish teachers had "neither pensions nor residences" and received only one-third of the salary paid to their English counterparts.

In August that same year, the first congress of the Irish National Teachers Association (later, Organisation) took place. The leadership of this new organisation was aware of the potential for denominational ruptures in their ranks and stipulated that "no political or sectarian topics shall be introduced at meetings". The union would work to achieve reforms that reflected common interests, whilst keeping clear of divisive matters. A noble, but ultimately doomed, aspiration.

From RTÉ Radio 1's Morning Ireland, Sheila Nunan, General Secretary of the INTO, on how homelessness is having definite negative impact on children's learning

In 1886, the year of the first Home Rule Bill, the Northern Union of Irish National Teachers broke away from INTO only to be reabsorbed two years later, but relations remained strained. In 1899, the Irish Protestant Teachers' Union was established within INTO. Their solidarity within the parent body was sorely tested at the 1905 conference in Sligo when the traditional "loyal toast" was boycotted by a number of delegates including Dr Douglas Hyde (who later became the first president of Ireland).

The INTO was affiliated with the Irish Transport and General Workers Union, which was led by James Connolly. The proclamation of Irish independence was published using ITGWU’s printing press and the Commandant of the Dublin Brigade of the Irish Citizen Army was none other than Connolly himself.

In 1917, the INTO passed a resolution in support of those who had been executed or imprisoned for their part in the Rising, a move which strained relations with the union’s Northern Protestant membership. The INTO's backing for Sinn Féin in the 1918 election and their support for a national strike to oppose any move towards introducing military conscription into Ireland proved to be the final straws in an already fraught relationship.  Four INTO branches (Coleraine, Lisburn, Londonderry and Newtownards) severed their connections with the union and the Ulster Teachers' Union (UTU) was formed in July 1919.

While a century has passed since the split, research shows that the membership profile of each union reflects the sectarian separation of education in the North

When Ireland was partitioned in 1922, Northern Ireland was required to develop its own system. The 1923 NI Education Act aspired to bring all schools under a single system by way of financial incentives. The state undertook to pay teachers’ salaries and cover basic heating costs in all schools, but would provide no additional running costs to any schools that chose to remain outside the state system. Catholic authorities were confident that Northern Ireland was a temporary constitutional accommodation and they were unwilling to surrender their schools to the control of this Protestant state. Thus, two classes of school emerged: state-controlled and Catholic-maintained. The interests of teachers in controlled schools were predominantly represented by UTU, whilst maintained schools were staffed by INTO members.

This sectarian division of industrial relations was not new to the north-east of Ireland. The pre-cursors of the trade unions (the professional guilds), who had emerged in the skilled trades of Belfast in the early 19th century, reflected the population of a city that was, at the time, predominantly Protestant. That demographic profile changed dramatically in the middle of the century when Catholic workers arrived into the city from the famine-affected countryside and those in employment sought to defend their jobs in the face of these new arrivals. The nascent unions were at the forefront of this sectarian protectionism.

UTU shared many of the same principles as successive post-partition Unionist governments, including the belief that labour movements were essentially sympathetic to Irish nationalism. UTU consequently saw the government in Belfast as a benevolent employer.

From RTÉ Radio 1's Morning Ireland, Juliette Gash reports on a music programme for primary school children that allow them play with ideas common to music and science

Unsurprisingly, UTU and INTO struggled to maintain cordial relations and teachers and their unions inevitably got tangled up on the margins (and occasionally in the middle) of the Troubles. A number of issues and disputes served to further define the divisions between the UTU and INTO. In 1971, several INTO members were interned without trial and a number of schools in Nationalist areas were requisitioned for use by the British Army.  In 1977,  a school holiday was granted for the Queen's Jubilee, but no similar arrangement was made for the Pope's visit to Ireland in 1979. Until 1979, all teachers paid from the public purse in Northern Ireland were required to take an oath of allegiance to the British monarch, though this was unproblematic for the UTU.

Even the Good Friday Agreement in 1998 did not wholly expunge the impact of community tensions on teachers and the teacher unions. In 2002, following Loyalist protests outside a Catholic school, the dissident loyalist paramilitary group Red Hand Defenders announced that they considered Catholic teachers to be "legitimate targets" and the INTO offices in Belfast were attacked.

While a century has passed since the INTO/UTU split, recent Ulster University research has identified that the membership profile of each union remains strongly reflective of the enduring sectarian separation of education in the North. The overwhelming majority of INTO’s 7,000+ Northern members are employed in Catholic schools and had attended Catholic schools themselves, whilst UTU’s over 6,000 members are predominantly employed in the state Controlled sector and are, on the whole, products of non-Catholic schools.

From RTÉ Radio 1's Morning Ireland, a report on the Wicklow primary school which is to introduce a gender-neutral uniform

Neither union has a particularly strong presence in the 7% of schools that are classified as Integrated, where NASUWT, who arrived on the scene in the late 1960s and are now the largest teaching union in Northern Ireland, predominate. The research also discovered that the small proportions of Protestant teachers who teach in Catholic schools and Catholics who teach in state schools are highly unlikely to opt to join the union associated with the other side.

However, relations between the two unions today are considerably more cordial than these figures may suggest. In 2009, the INTO and UTU entered into a Federation and established a joint board in order to "deepen the already close working relationships".  In 2011, the two unions forged a partnership agreement to promote "shared trade union values" alongside NUT (which was superseded by NEU in 2017) and the Educational Institute of Scotland (EIS). UTU and INTO are now effectively recruiting as one body under the wider NEU banner.

But despite such strategic rapprochement at board level, a UTU-INTO re-amalgamation is not on the cards. The community affiliation of their membership remains central to the identity of each and INTO’s all-Ireland presence makes a cross-border merger unthinkable, particularly in the context of UK’s withdrawal from the EU.

In unguarded moments, the unresolved tensions between the two unions come to the fore. UTU is characterised as shying away from confrontational politics and has been dismissed by INTO members as being "not so much a Union, more like a knitting circle". INTO’s militancy in negotiations and their unapologetically Irish identity led one UTU member to comment that "they are undoubtedly Republican, but without the balaclavas." The old adage that it’s easier to pull things apart than to put them back together again remains true. 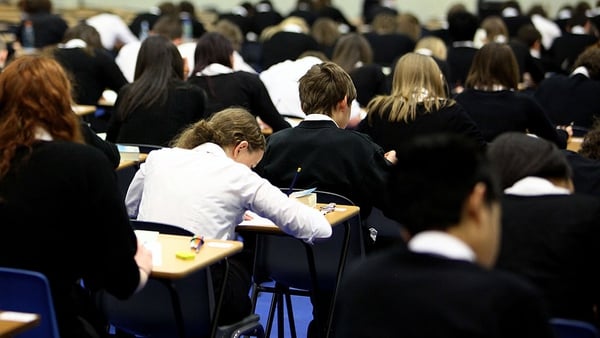 'Are you a Fenian, Miss?: inside the sectarian classroom