On 25 June 1938, there was a carnival atmosphere in Dublin city centre. Eighty years ago, on this day, Douglas Hyde was inaugurated the first President of Ireland.

This was not just a landmark date in his life, but a seminal moment in Irish constitutional and political development.

The Irish newspaper coverage was unanimous in recording a day of fanfare, protocol and celebration of national advance.

At the inauguration ceremony in Dublin Castle, the Taoiseach Eamon de Valera, in addressing the 78-year-old Dr Hyde said:

"Mr. President, on behalf of the Irish nation, on behalf of the living, those who dwell at home as well as our kin beyond on the sea, on behalf also of the dead generations who longed to see this day but have not seen it, I salute you.  You are now our President, our head, freely chosen under our own laws, inheriting the authority and entitled to the respect which the Gaels ever gave to those whom they recognised to be their rightful chiefs, but which for centuries they denied to those whom a foreign law would enforce upon them.  In you we greet the successor of our rightful princes, and in your accession to office, we hail the closing of the breach that has existed since the undoing of our nation at Kinsale."

Behind de Valera's soaring rhetoric were many months of complex political manoeuvrings, which propelled a supposedly apolitical retired academic into the role of the first President of Ireland.

For the Fianna Fáil Government, inauguration day was an opportunity to showcase the measure of political independence that had been achieved.

From their perspective, the office of President was important in signalling a new constitutional order that superseded the hated 1921 Treaty.

Behind de Valera's soaring rhetoric were many months of complex political manoeuvrings.

The good weather and burgeoning national pride saw Dubliners take to the streets in their thousands to view an occasion that was being dubbed "one of the most historic which the capital has ever witnessed."

As the motorcade procession crossed the Liffey, Hyde looked up the capital's main thoroughfare and saw crowds on a scale that had not been seen in Dublin since the Eucharistic Congress six years previously. 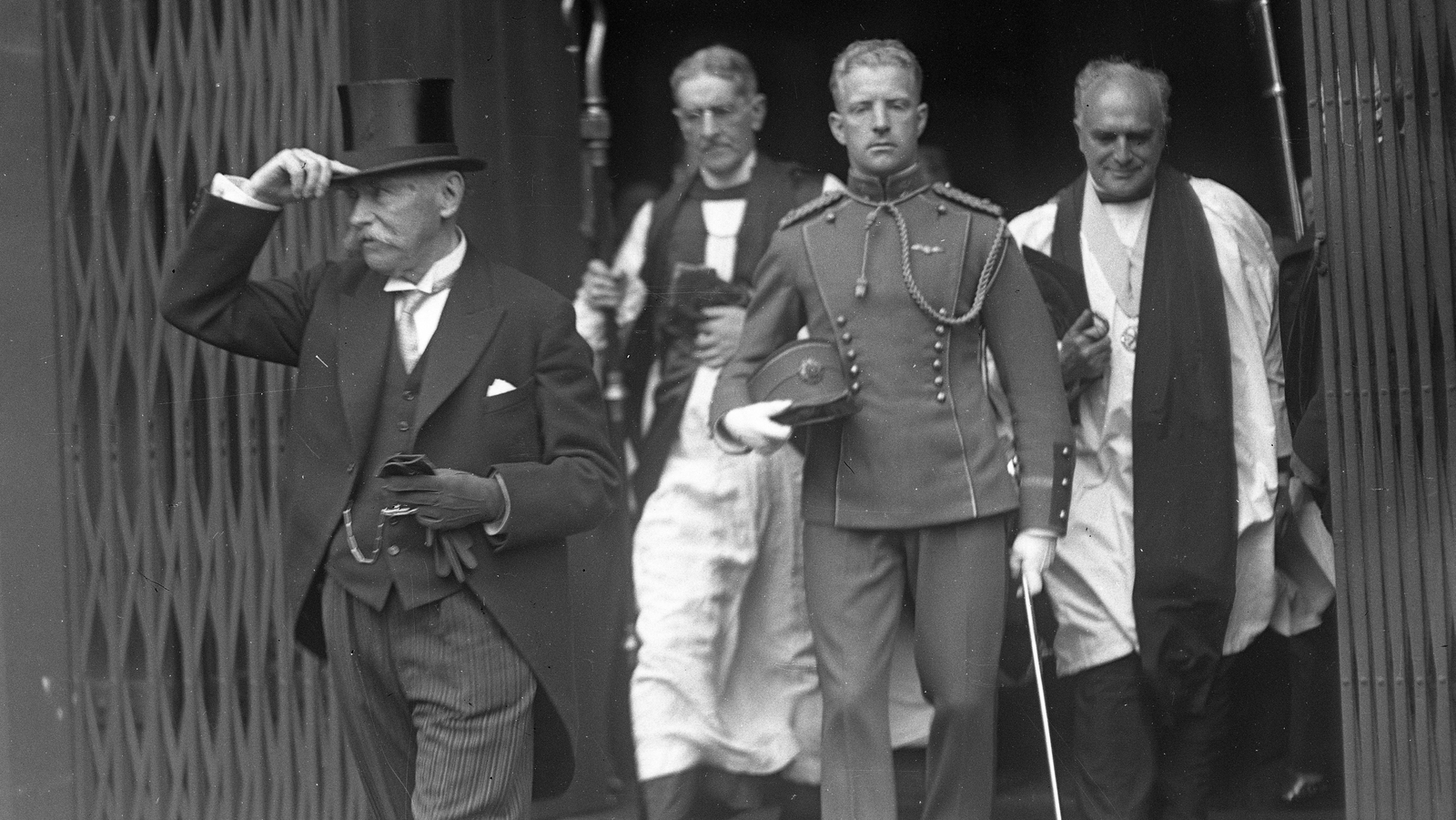 A reporter for the Evening Mail noted that "O'Connell Street was black with people waiting for the Presidential procession".

For many people in the large crowd, the most poignant moment of the day occurred outside the GPO, where the procession made a planned short pause for the purpose of paying tribute to those who had fought for Irish freedom in the 1916 Rising.

The newly inaugurated President Hyde observed a two-minute silence at the site where Patrick Pearse had read the Proclamation of the Irish Republic.

It is hard to know what thoughts raced through Hyde's mind at this precise moment, but his relationship with Pearse had been complex.

At one stage, Pearse had been one of Hyde's closest lieutenants in the Gaelic League. But as Pearse became more immersed in militant nationalism, a chasm had developed between them.

It is hard to know what thoughts raced through Hyde's mind at this precise moment.

Hyde had made clear to Pearse that he believed violence should not be used to achieve Ireland's nationhood unless there was no alternative, and even then, only if victory was assured.

Hyde had little sympathy for the notion of a blood sacrifice.

President Hyde was not the only dignitary standing to attention at the GPO who had originally harboured feelings of hostility towards the Rising. 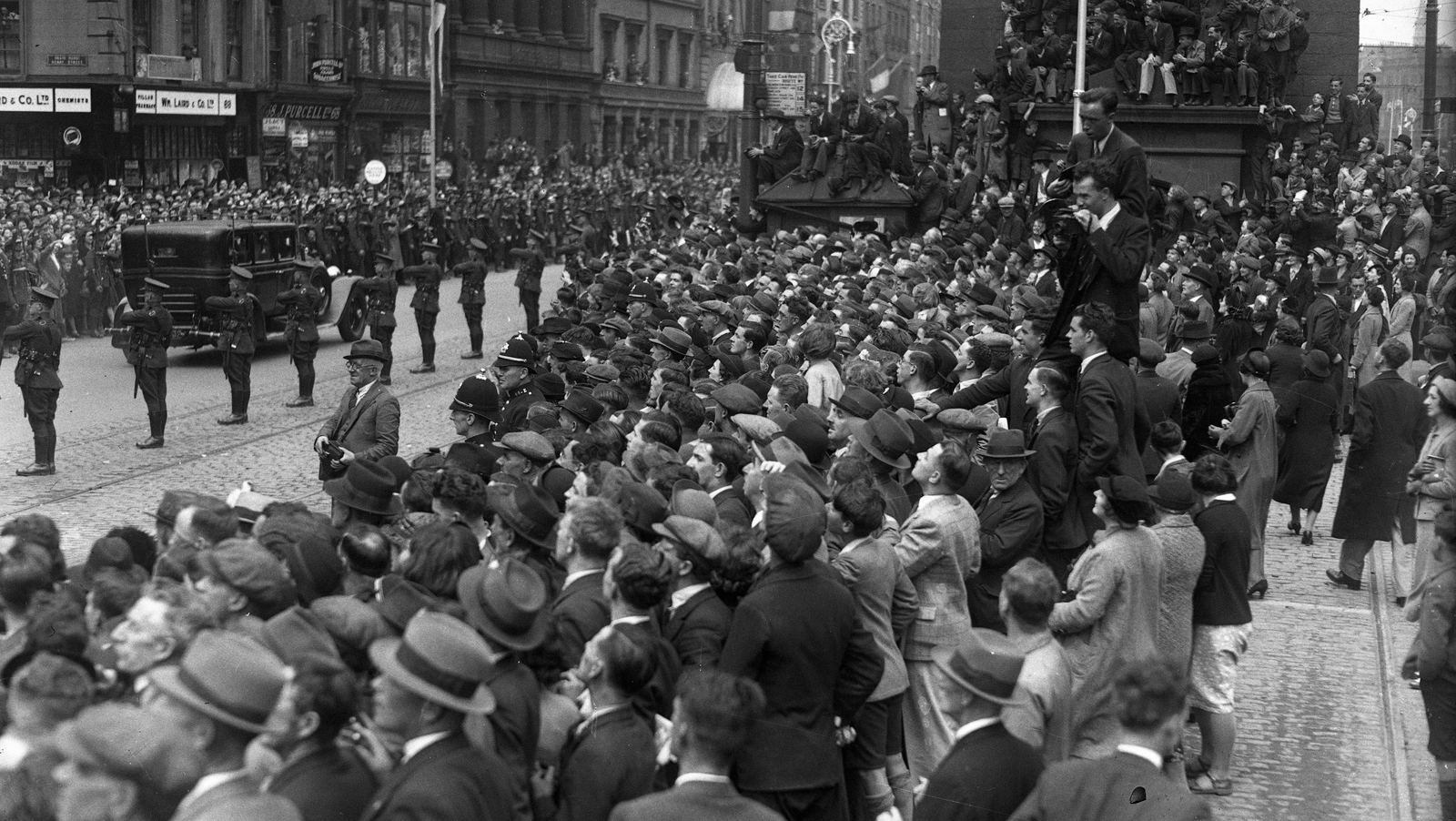 The Chief Justice, Timothy Sullivan, and the Attorney-General, Patrick Lynch, had both been supporters of the Irish Parliamentary Party in 1916 and had viewed the Rising as regrettable, though Lynch would later embrace republicanism and join Fianna Fáil.

Mr Justice Gerald Fitzgibbon was from a Unionist background and had been deeply opposed to Irish separatism.

In contrast, Taoiseach Eamon de Valera, Tanaiste Sean T. O'Kelly and Ceann Comhairle Frank Fahy, who also joined President Hyde in the mark of respect for the 1916 leaders, had actively participated in the Rising and O'Kelly had actually served in the GPO as Pearse's aide-de-camp.

After the few minutes of silent tribute, the cars moved on again and deafening cheers broke out, which Hyde smilingly acknowledged.

Hyde's inauguration was not just an Irish news story. The fact that the first President of Ireland was being installed had not escaped Adolf Hitler's all-encompassing gaze. 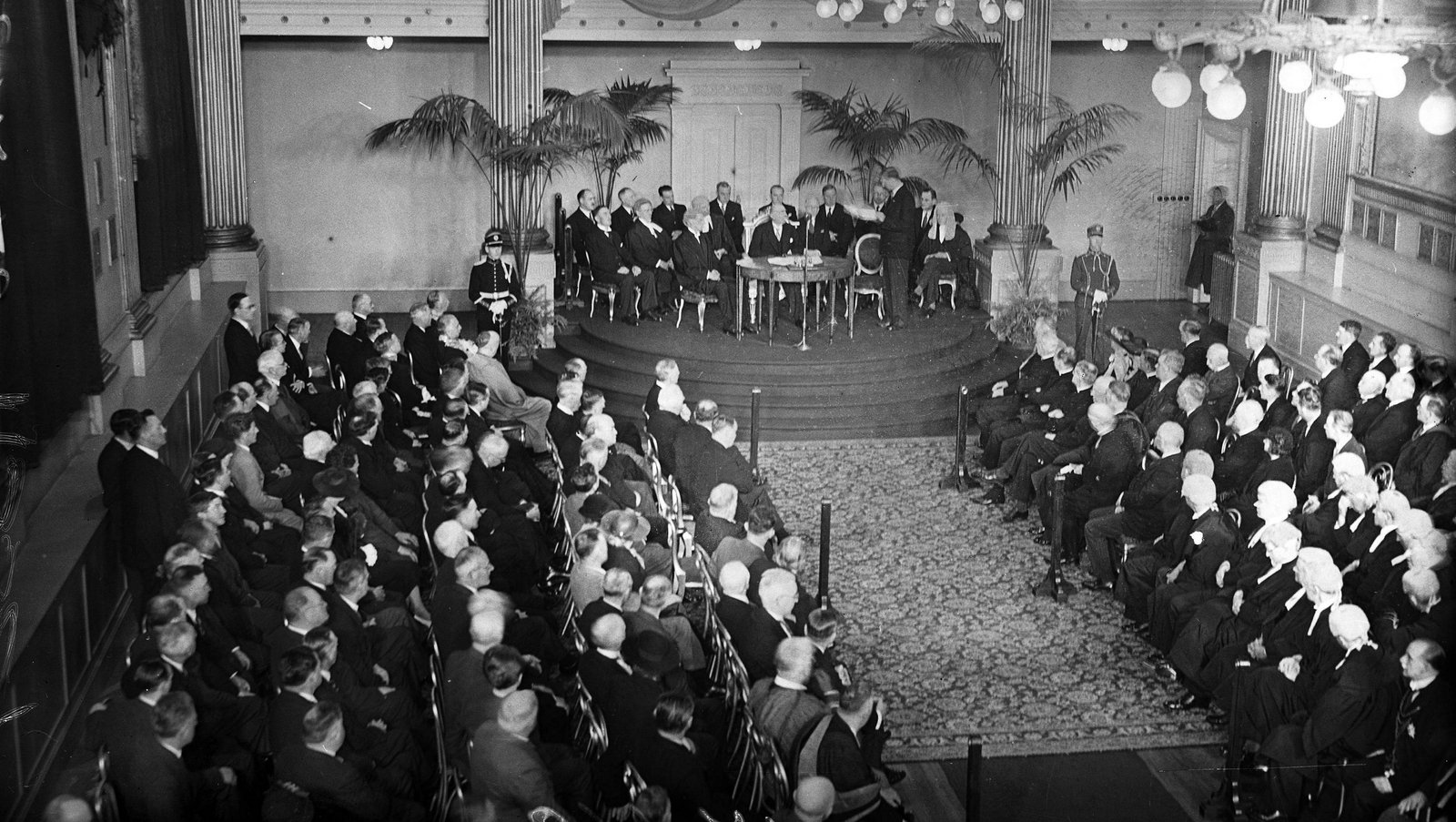 In the run-up to Hyde's inauguration in Dublin Castle, Hitler "ordered" the Berlin newspapers "to splash" the Irish presidential installation ceremony.

The Nazi dictator's instructions created an unexpected financial boon for Irish photographers, many of whom received commissions from the German media to provide pictures of Hyde and the events in Dublin.

The primary reason for Hitler's fleeting fixation with Douglas Hyde was that the coming into being of the new Irish presidency diluted Ireland's bonds with the British Empire almost to the point of disappearance.

In the pre-Munich Agreement summer of 1938, Hitler may genuinely have hoped to avoid war with Britain, but he was also quite happy to highlight any geo-political shifts that diminished the prestige of Germany's most formidable rival in Europe.

Hyde's inauguration was willfully ignored by the British Government.

In the United States, Douglas Hyde was also getting plenty of publicity, but for very different reasons than in Germany.

In fact, much of the favourable coverage that Hyde's inauguration generated in America was rooted in the fact that the new Irish President's values stood in stark contrast to the totalitarian style of leadership, which had become prevalent across Europe.

Prior to Hyde's inauguration, a reporter from the mass-circulation New York Times Magazine spent a day with the President-elect and noted that "no man seemed more the antithesis of a Continental dictator that this Irish poet as he sat there in his study surrounded by his treasures of Gaelic scholarship and folklore".

Hyde's Protestantism was a strong feature of American newspaper coverage and there was praise for what was viewed as the broad-minded ecumenicalism of the Irish people in not insisting on a Catholic president.

This was a point that was also elegantly made by Joseph Kennedy, the US Ambassador to Britain, when he arrived in Dublin to collect an honorary degree just a fortnight after Hyde's inauguration.

Kennedy told reporters: "America is very happy about the selection of your new president.  It showed moderation. After all, Ireland is quite Catholic and the people of America feel that the country will get along well when it is handled like that. A spirit of tolerance is welcome to everybody."

Even in countries where there was a negligible Irish diaspora, Hyde was big news.

Hyde's inauguration was willfully ignored by the British Government, with not one cabinet minister commenting on the events in Dublin.

However, diplomatic courtesies were maintained in the form of the low-key presence of Geoffrey Braddock, the UK Trade Commissioner and the highest-ranking British diplomatic representative in Ireland, at the installation ceremony in Dublin Castle.

The Daily Telegraph and the Times, the two newspapers most closely associated with the British political establishment, paid scant attention to Hyde's inauguration. 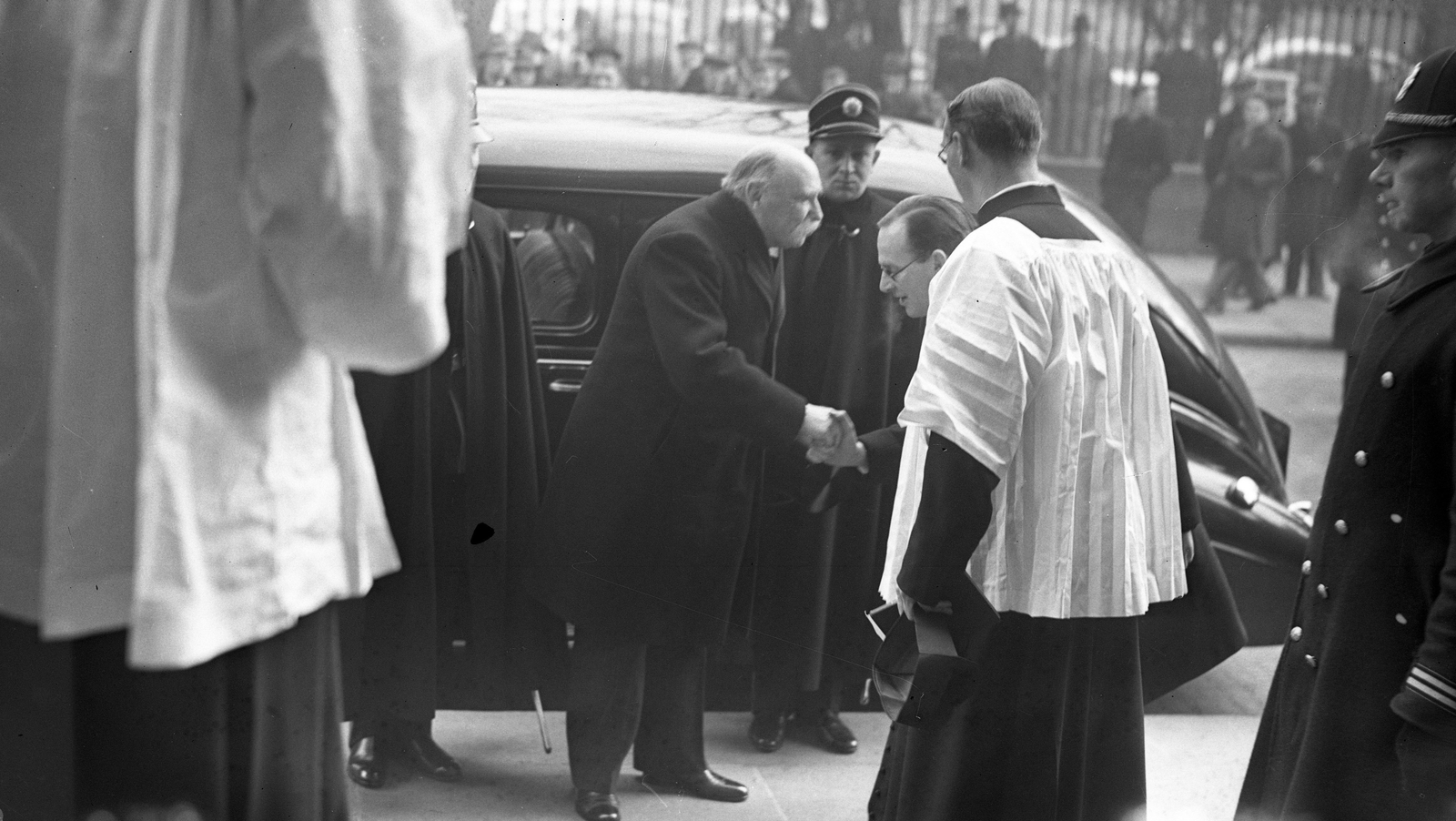 In Northern Ireland, almost inevitably, the reaction to Hyde's inauguration broke down into tribal responses.

In the unionist community, politicians competed with each other to express their indignation. The Northern Ireland Finance Minister, John Miller Andrews, described Hyde's inauguration as a "slight on the King" and "a deplorable tragedy."

Hyde's emergence as President of Ireland was a story with a truly global reach.

Newspapers in Australia, New Zealand, South Africa and Argentina, countries in which Gaelic League branches had sprung up in or around the turn of the twentieth century, prominently covered the story.

However, even in countries where there was a negligible Irish diaspora, Hyde was big news.

Joseph Walshe, the Secretary to the Department of External Affairs, who was on a private holiday in the run up to Hyde's inauguration, wrote to de Valera from Cairo to express his "surprise" at the interest in Hyde and the fact that "all the hundreds of papers in Egypt in various languages gave this appointment great publicity".

The Irish presidency emerged in a period of accelerating collapse in global democracy, yet the office has become an enduring guardian of our people's rights and of our free Constitution.

In Europe, at the time of Hyde's inauguration, Austria, Bulgaria, Estonia, Germany, Greece, Italy, Latvia, Lithuania, Poland, Portugal, the Soviet Union, Spain and Yugoslavia had all succumbed to dictatorship.

In 1938, the choice of Douglas Hyde as Ireland's first president underpinned "Irish ideals and native culture rather than the ranting, bellicose nationalism so prevalent on the Continent".

In the 80 years since then, Ireland has been extraordinarily well served by nine exemplary presidents, each of whom in their own distinct way has symbolised Ireland's steadfast commitment to preserving constitutional liberties, democratic freedoms and the fundamental rights of all our citizens. 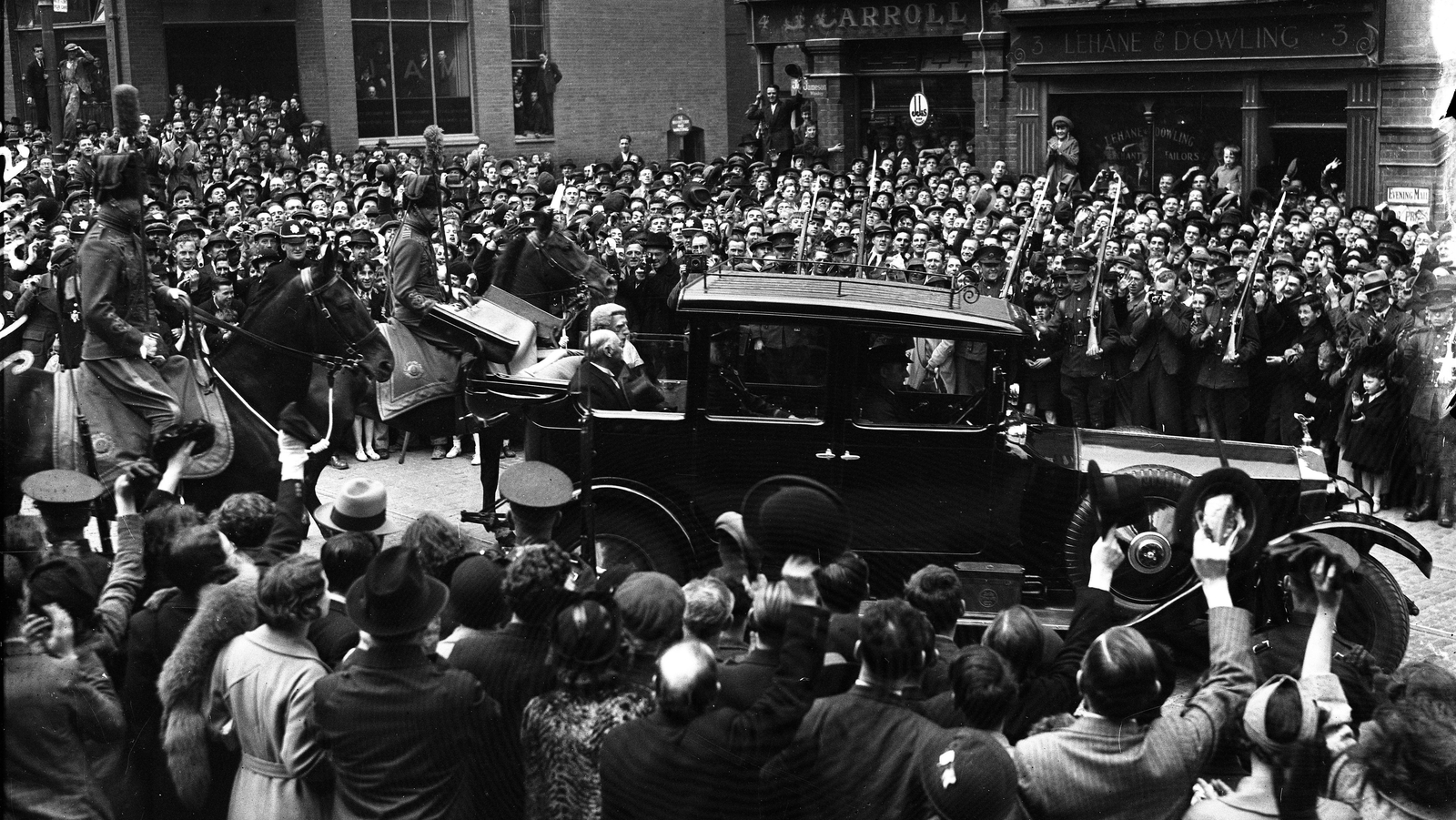 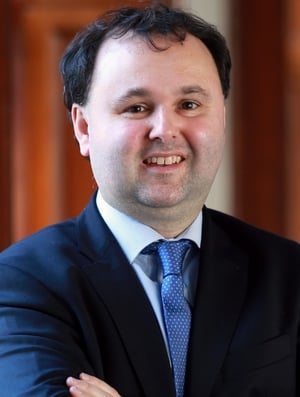 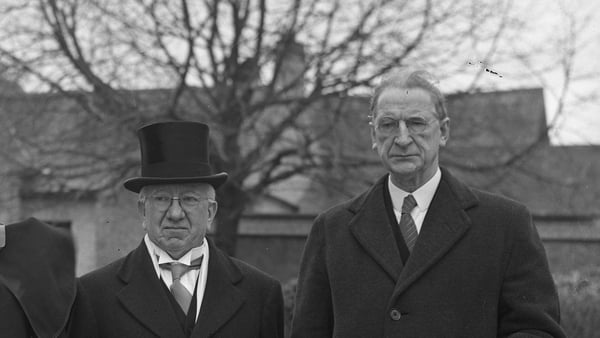 How the President and Taoiseach dealt with George VI's funeral 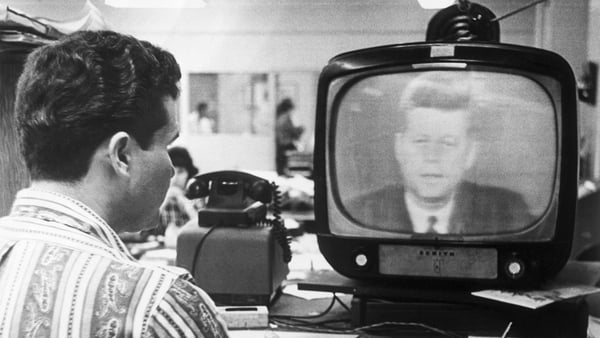 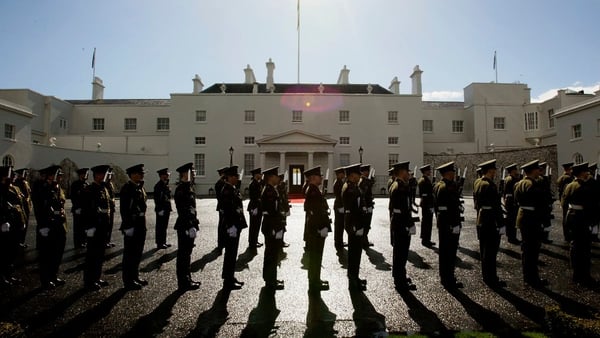 The winners (and losers) from Irish presidential elections