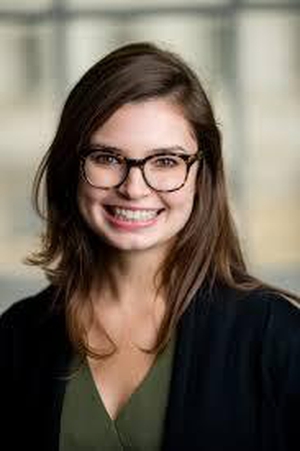 Analysis: there were widespread misunderstandings about the power, control and influence of the Catholic Church during the conflict

Perhaps one of the most iconic images of the Troubles features Fr Edward Daly. Then a priest at St Eugene’s Cathedral, Daly waves a white handkerchief as he helps to carry the body of injured teenager Jackie Duddy on Bloody Sunday. This image broadcast around the world helped to explicitly connect the Catholic Church with the 30-year conflict in which individual priests, women religious, and bishops helped to advocate for peace. At the same time, restrictive Catholic Church policies and a more conservative hierarchy limited its effectiveness as a peacemaker and heightened tensions between communities.

Misunderstandings around the power, control and influence of the Catholic Church over its parishioners abounded throughout conflict. Sectarian ideas, including people voting however their priest told them continued to be spread and, in extreme cases, fear-mongering centered on the power of the Pope who was slandered as the "whore in Rome".

From RTÉ Archives, a RTÉ News report on Ian Paisley heckling Pope John Paul II at the at European Parliament in Strasbourg in 1988

Many outside Ireland considered religion the main cause of the unrest. Throughout the conflict, British government officials regularly met with religious leaders to ask their opinions on policy initiatives and to get the mood of the people. British Catholics and Protestants alike wrote to Catholic bishops demanding action to end the violence. When their efforts failed, it was thought a lack of effort on the bishop’s part rather than a lack of influence was to blame.

The Vatican’s response to the conflict was limited. The exception was Pope John Paul II's much-celebrated three-day visit to the Republic of Ireland in September 1979. Crucially, though, the Pope did not cross into Northern Ireland for fears of his safety. Addressing a crowd of 250,000 at Drogheda, just 30 miles from the border, the Pope proclaimed: "now I wish to speak to all men and women engaged in violence. I appeal to you, in language of passionate pleading. On my knees I beg you to turn away from the paths of violence and to return to the ways of peace."

During the 1981 Hunger Strike in Long Kesh/Maze Prison, the Pope sent an envoy, Fr John Magee, later bishop of Cloyne, to speak with lead hunger striker Bobby Sands and British government officials. Neither of these papal interventions proved effective.

The issue of excommunication became a sticking point for Catholic bishops. Officially excluding someone from participation in the sacraments and services of the Christian Church was not common practice in the modern era. However, Catholic bishops faced regular questions from the British media asking why IRA members had not been excommunicated. Excommunicating IRA members could isolate sections of the Catholic community who felt the IRA provided protection from perceived corrupt police and British Army forces. Equally, those who conflated the conflict with religion viewed the Church’s failure to excommunicate republican paramilitaries as compliance and support for violence.

Catholic bishops rarely publicly spoke about excommunication but, in later years, some reflected that IRA members effectively excommunicated themselves by their violent actions. This reluctance to tackle the excommunication issue led to missed opportunities for ecumenism, which were further aggravated by the Church’s insistence on segregated education and the 1970 Vatican apostolic letter Matrimonia Mixta emphasising that children born of "mixed" marriages should be raised Catholic. These policies and responses increase community tensions and acted as barriers to integration.

Some Catholic priests and many Protestant clergy did act as negotiators between militant republicans and their political adversaries, whether they were constitutional nationalists or members of the British government. Priests were supposed to embody neutrality and had historically adjudicated between different Irish groups. Priests acted as mediators between the Officials and Provisionals in the early 1970s and again between the Provisionals and the British government resulting in the 1974-75 ceasefire.

From RTÉ One's One News, a report on the death of Fr Alec Reid in 2013

During the late 1980s and early 1990s, priests like Fr Alec Reid and Fr Gerry Reynolds provided rooms in the Clonard Monastery for Sinn Fein’s Gerry Adams and the SDLP’s John Hume to meet privately. At the same time, Fr Denis Faul continued to publicly denounce the Provisional IRA and Sinn Fein. A carrot and stick approach emerged among the Catholic clergy.

Revelations of clerical child abuse in the 1990s rocked the Catholic Church. The Fr Brendan Smyth case was the first of many accusations which led to damaging cover-ups and revealing a Church-wide problem and undermining its moral authority when attempting to mediate the conflict.