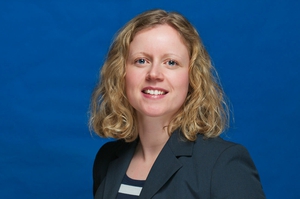 Analysis: it remains to be seen if younger workers' discontent with working conditions and precarious jobs will translate into increases in union membership

High-profile strikes that hit the headlines or disrupt people’s daily activities place the spotlight on trade unions. The general public and politicians’ support for workers and unions in disputes can vary depending on their perceptions of the legitimacy of workers’ demands such as in the cases of the nurses' strike earlier this year, the Dunnes Stores' strike in 2015 and the Luas strike in 2016.

Yet strikes are relatively infrequent occurrences when considered in an historical context and they form a small portion of the everyday activities of trade unions. Many of unions’ core functions have not changed since their inception and while their work mostly occurs in the workplace, their impact extends to wider society.

What do trade unions do?

From RTÉ Archives, a RTÉ News report by Pat Sweeney on a rally of 20,000 teachers at Croke Park during a one-day strike over pay in 1985

In Ireland, there is a collective agreement covering pay and conditions in the public sector, but other organisations that have negotiated pay deals with unions in the last year include Allergan Pharmaceuticals, Siemens Healthcare Diagnostics, Tipperary Co-op, Ulster Bank, Dawn Meats and Boots. Unions can also negotiate pay and conditions to cover not just workers in one business. but across an industry; for example, in contract cleaning, security and construction.

Research shows that unionised workers and workers covered by a collective agreement earn a wage premium over non-unionised workers and those not covered by collective agreements. In addition to negotiating pay and conditions, a key function of unions is to represent members by challenging management decision-making and defending employees in grievance and disciplinary processes.

As well as interacting with employers, unions try to influence policy makers, namely the government and the EU institutions. Lobbying is now a critical function of unions and employer bodies. Unions lobby for worker-friendly employment laws and other policies which affect workers such as in relation to income taxes and housing. Unions also engage in issues outside the strict realm of pay and conditions. They tend to have liberal social values and, in recent years, Irish unions have supported campaigns for gay marriage and repealing the Eighth amendment on abortion.

The societal impact of unions

Income inequality is one of the major global challenges. There is concern that the gap between high income groups and low income groups in many countries negatively impacts economic growth, social mobility and people’s confidence in political systems. Oxfam has revealed that 26 of the world’s richest people own as many assets as the poorest 50% of the world’s population.

Studies have found links between unionisation and reduced income inequality as unions lower the dispersion in pay by lifting the wages of the lowest paid. They also push for the use of objective criteria when setting pay such as a rate for a job, and lobbying policy makers for increases in minimum wages. Research shows that unions also narrow gender and racial wage differentials.

Another key issue of concern globally relates to people’s changing attitudes towards democracy. A 2016 study by Roberto Stefan Foa and Yascha Mounk on the World Values Survey found that younger generations are less supportive of democracies than previous generations. They revealed that 13% of people aged 16 to 24 year olds in Europe in 2011 considered democracy to be a "bad" or "very bad" way of running the country compared to 8% in the 1990s.

Attitudes to politics and democracy may be influenced by unionisation. Union members are more likely to participate in political and other civic activities than non-members. A recent study by Thomas Turner, Lorraine Ryan and this author found that union members are more likely to hold positive attitudes to democracy than non-members in 11 EU countries.  Potentially then, a decline in unionisation can have an impact outside of the workplace.

From RTÉ Archives, Gary Honeyford reports for RTÉ News report on a community conference held by the Irish Congress of Trade Unions (ICTU) in Northern Ireland to campaign against sectarianism and intimidation in 1986

A challenge for unions in Ireland and abroad has been a decline in union density (the proportion of all employees who are union members). According to the OECD, Ireland’s union density was approximately 23% to 27% in 2016 depending on the data used, compared to 36% in 2010.

But such a decline is not unique to Ireland. Falls in unionisation contrast with evidence that high proportions of union and non-union members in Europe believe there is a need for unions. Ireland’s union density is higher than in the USA (10%), Australia (15%) and Germany (17%). It is similar to the UK (24%), but much lower than such Nordic countries as Norway (52%) and Sweden (67%).

Unionisation internationally tends to be higher in public sector employments, in larger workplaces, amongst older age groups, and in countries which operate the so-called Ghent system. In Denmark, Finland and Sweden, the Ghent system means that unemployment benefit is administered by unions and not the government.

The absence of unions in a workplace means workers have to find other channels to raise concerns or challenge management. There is greater safety and power in doing this collectively rather than on an individual basis and we have seen plenty of examples of this recently.

In 2018, Google employees staged a walkout simultaneously in different countries over harassment, equality and racism issues. In the United States, Google employees objected to the company’s activities in developing technology for military application. Amazon has experienced similar employee protests. In lower-paid service work, there has been collective action by workers in the gig economy, for example, riders in Deliveroo striking over pay and conditions across Europe.

Even though unionisation is stronger traditionally amongst older workers, younger workers have been to the forefront in protesting and organising in technology and gig economy companies. It remains to be seen if this discontent will be translated into significant increases in union membership.

Dr Michelle O’Sullivan is a Senior Lecturer in Industrial Relations at the Department of Work & Employment Studies at Kemmy Business School at University of Limerick. She is a former Irish Research Council awardee