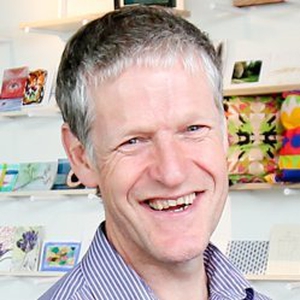 Opinion: the ongoing political stalemate at Stormont comes in the middle of the biggest constitutional storm to hit these islands in decades

On January 16th, it will be two years since there was an Executive in Northern Ireland. In the old days, the British and Irish governments would have been expected to step in to "do something" about it, probably using the well-worn methods of carrot and stick that became part of the routine of keeping Northern Ireland stable over the years. The peace project was "their project" and keeping the show on the road was the only game in town.

But this time the difficulties have been wider and more lasting, with consequences that are still unpredictable. The immediate origins of the collapse of the Executive were still local. A crisis over political accountability for a spending scandal for Renewable Heating escalated into the familiar sectarian division and polarisation over cultural issues (this time, the Irish Language Act). But in this round, the safety net did not function on the old pattern. Instead, and step by gradual step, the divisions of Northern Ireland became interlocked with increasingly fraught international negotiations and diplomacy over Brexit.

In theory, the backstop in Northern Ireland when the Executive fails should be elections. But the two elections of 2017 only underlined the problems. A huge surge by Sinn Fein in Assembly elections in March driven by widespread nationalist outrage at the DUP’s stance on the Irish language was followed by unexpected elections for Westminster in June when the DUP both increased their number of seats and found themselves holding the balance of power in London.

With Sinn Fein committed to abstention and more interested in influencing the Irish government and winning power in the Dail than making major compromises in the North, the Executive impasse proved impossible to break. Everyone agrees that elections were unlikely to resolve anything. But now the option of direct rule was itself potentially compromised by the political alignments at Westminster and divisions between the UK and Ireland over the nature of the border made any "joint" model impractical.

Since any serious effort at talks ended in early 2018, the unannounced but inevitable consequence has been a political no-man’s land, where nobody has been prepared to make any decisive move and public services have fallen into deeper administrative disorder. In theory, the mandate of February 2017 has not been overturned, but there are no ministers. MLAs are still paid, although now on a reducing rate. There is neither legislation nor an Assembly. The Secretary of State has not taken new powers except on a case by case basis and the most recent ruse has been to give powers to civil servants to take urgent decisions which are uncontentious. North-South bodies do not meet, even as the whole of Europe considers the implications of that border.

This is an eerie silence. It is as if nobody dares breathe for fear that one false move would collapse the house of cards and set in train a disastrous political dynamic which would prove hard to arrest. While the news brings daily reports of crises in schools, hospitals and universities, the population seems to accept that the politics of complete stasis are the only way to uphold the stability of Northern Ireland and, as such, are preferable to anything more active or risky.

In the absence of local government, nobody can claim to speak for the North

As in a hurricane, political standstill has happened at the very moment when the north of Ireland is the eye of the biggest political-constitutional storm to hit these islands since the 1920s. Indeed, not since the 1690s has the north of Ireland played a strategic role in continental geopolitics. The DUP's dominance at Westminster has allowed the party to pursue its Brexit goals without visible opposition, often appearing to claim to speak for all the people of Northern Ireland. Meanwhile everyone else has relied on the Irish government to represent wider opinion. Every recent opinion poll suggests that alienation from the approach of the DUP outside Unionism has significantly increased the popularity and immediate appetite for a united Ireland.

Slowly but surely, Brexit has unravelled the Good Friday consensus that the constitution should be "plastic" and moulded to accommodate both British and Irish and instead brought the "concrete" either/or, "British or Irish" question back to the surface. In the weeks and months to come, decisions must be taken which will accelerate and amplify these choices.

Not only is there no Assembly, but it is now evident that the last two years have done damage to the already fragile commitment to inter-community partnership, without which Northern Ireland cannot be governed. The coming years could destroy the basis of wider British-Irish collaboration which have acted to contain any crisis and restore a direction of travel.

So far, what academics sometimes call the negative peace, the absence of violence, has held firm, perhaps surprisingly so. There is no visible appetite for or belief in violence in any quarter. The worries come from the simultaneous erosion of what is called the positive peace - the building of healthy collaboration and partnerships – which has become more and more strained, especially in politics.

In the absence of local government, nobody can claim to speak for the North. It is doubtful if either the Irish or British government can so so in practice, even while both may try. Depending on how the process develops, Northern Ireland is potentially divided between those who see the hard border as a guarantee of British sovereignty and democratic consent and those who now see the only bearable future in a united Ireland in the European Union. But getting institutions up and running when the purpose of those institutions is in question will take serious political compromise. Some time in the next few months, the winds will resume and the forecast is for storms before they blow out.