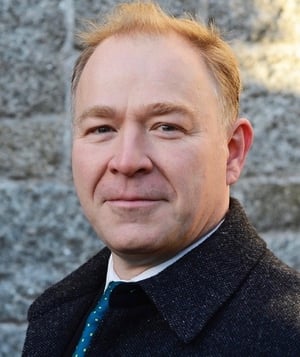 Analysis: how the Brexit process has progressed to date with the withdrawal, transition and framework for future relationships elements

The United Kingdom is due to leave the European Union on March 30 next. To ensure an orderly Brexit, before that date the two sides must reach an agreement with three separate elements, identifiable by the initials "WTF".

Here, those initials stand for (1) a Withdrawal settlement to arrange the terms of the "divorce", (2) a Transition deal to cover the relationship immediately after the withdrawal and (3) a Framework for Future Relationship which will outline the final terms of post-transition EU-UK relations. The first two will comprise a formal document (the Withdrawal Agreement) and the third will take the form of a political declaration.

Tentative agreement has now been reached on Withdrawal and Transition, making it possible for discussions on the Framework for Future Relationship to begin. But because nothing is agreed until everything is agreed, there is still no guarantee that a disorderly "cliff-edge" Brexit will be averted.

After the UK triggered Article 50 in March 2017, the EU demanded a two-stage negotiation, in which the terms of the withdrawal must be settled before the talks could turn to future relations. Three key withdrawal questions would need to be addressed in the first stage: the financial settlement (the "divorce bill"), the rights of EU citizens in the UK (and vice versa) and the land border between Northern Ireland and the Republic of Ireland. Only when the EU deemed there to be "sufficient progress" on these three questions could the negotiations move to the second stage.

Initially, the UK rejected this plan, insisting that the two negotiating stages were interlinked. In May 2017, the UK’s chief negotiator, David Davis, promised "the row of the summer" over the question of sequencing. He insisted it would be "wholly illogical," in particular, to try to settle the Irish border question without knowing what the new EU-UK customs arrangements would be.

From RTÉ Radio One's News At One, RTÉ's Political Correspondent Martina Fitzgerald on discussions of a Brexit Withdrawal Treaty during Leaders Questions in the Dáil

Then came the UK election the following month when the Conservatives lost their majority and made the fateful deal to gain the support of the DUP to carry on governing. When Davis met again with the EU’s chief negotiator Michel Barnier, he was in a weaker position and acquiesced to the two-stage negotiation. The "row of the summer" did not disappear, but rather turned into the row of the autumn, winter and spring.

As negotiations continued into the autumn, progress was made on the first two issues but not the third. In her Florence speech in September 2017, Theresa May made significant concessions on the divorce bill and on the legal recognition of the rights of EU citizens in the UK. In October 2017, the EU found there was not yet "sufficient progress" to move to stage two, mainly due to a lack of progress on the Irish border question.

The UK government calls the transition an "implementation" period, but this is a misnomer because there will not be anything to implement in the first instance

A breakthrough seemed to come in December, when it was agreed that "full alignment" would be maintained across the Irish border in the absence of other solutions. The DUP had deep misgivings about this "Brexit border backstop," fearing that it would entail a border in the Irish Sea. The only alternative seemed to be that the whole of the UK would remain in full alignment with the EU.

This ambiguous solution allowed for "sufficient progress" to be declared, but it also ensured that the Irish border would continue to be a contentious subject of negotiations into the second stage. Large sections of the Protocol on Ireland/Northern Ireland remained unresolved in the colour-coded "Draft Withdrawal Agreement" that was struck in March 2018.

From RTÉ Radio One's Morning Ireland, Cian McCormack reports from Donegal on how people along the border are weighing-up the potential impacts of the unknown consequences of Brexit

In her Florence speech, Theresa May also accepted the necessity of a transition period in which the UK would maintain full market access and continue to abide by EU rules even after it has formally left the EU. She proposed a period of "about two years" with a flexible end-date.

The Draft Withdrawal Agreement foresees a shorter transition of 21 months and two days, with no provision for an extension (although this is subject to change). The EU insisted on 31 December 2020 as the end-date because it coincides with the completion of its current seven-year budget cycle.

The UK government calls the transition an "implementation" period, but this is something of a misnomer because there will not be anything to implement in the first instance. (Of course "transition" is also somewhat misleading because it implies a known destination.) In fact, only after the UK has left the EU would the negotiations on a future treaty begin in earnest. If the UK "red lines" are maintained, and it leaves the Single Market and the Customs Union as promised, this must be a free trade agreement like that between the EU and Canada.

From RTÉ Prime Time, a special report on what Brexit means for Ireland's cheese industry

The Exiting the European Union Committee of the House of Commons warned in a recent report that 21 months will not be sufficient time either to conclude and ratify all the agreements that will define the future EU-UK relationship, or to implement whatever new controls will be needed at the UK border. It recommended that the UK government should, if necessary, seek an extension either of the "Article 50 time" (which would require unanimous approval of the European Council) or of the transition.

The third element to be agreed is the Framework for the Future EU-UK Relationship. This will not take the form of a treaty, but a political declaration that will accompany the Withdrawal Agreement. It may outline not only future economic relations, but also some kind of new political relationship – e.g. an "association agreement," as suggested by the EP. The UK government aims to agree the "substance" of the future relationship by October 2018 in order to allow for its approval in a "meaningful vote" in the UK parliament prior to Brexit.

This will only be a "framework" because all the agreements that will eventually codify the relationship will probably take years to negotiate. The ratification of the trade treaty will be prolonged because, unlike the Withdrawal Agreement, it will be a "mixed" agreement which must be approved not only by the European Parliament but also by all the EU national parliaments.

The three elements of the Brexit agreement are slowly coming into focus. Much of the substance of the Withdrawal was agreed in December 2017, and that of the Transition in March 2018. If the substance of the Framework for Future Relationship is agreed by October 2018 as planned, then the UK can proceed towards an orderly Brexit. At that point, the agreement would need to be approved by the European Parliament, the European Council (acting by qualified majority) and the UK.

However, the exact terms of all three elements are still very much in doubt. Certainly, thorny issues such as the Irish border will continue to bedevil the negotiators. But perhaps the most fundamental problem yet to be solved is that the UK itself has not yet made up its mind regarding its preferred final status. 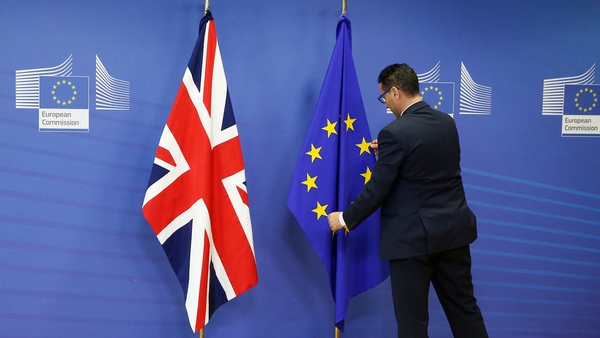 A listener's guide to the best Brexit podcasts