British Prime Minister Theresa May has kicked off the two-year process of Britain's withdrawal from the European Union in what she said was "an historic moment from which there can be no turning back".

Minutes after a letter informing the European Council of the UK's intention to leave, Mrs May told the House of Commons that the government was acting on "the democratic will of the British people" expressed in last year's referendum vote for Brexit.

Theresa May: 'The Article 50 process is now under way ... this is an historic moment, from which there can be no turning back.' pic.twitter.com/D6sBKYdycc

The declaration under Article 50 of the EU treaties, signed by Mrs May yesterday, was personally hand-delivered to European Commission President Donald Tusk in Brussels by the UK's permanent representative to the EU, Tim Barrow. 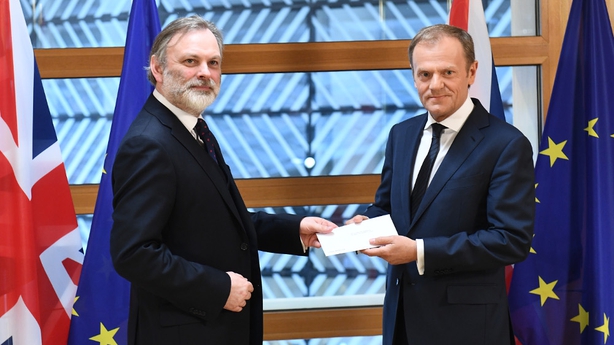 Describing EU withdrawal as one of the "great turning points in our national story", Mrs May told MPs: "Today, the government acts on the democratic will of the British people and it acts too on the clear and convincing position of this House."

It comes nine months after the UK voted for Brexit and 44 years after it joined the EU.

After nine months the UK has delivered. #Brexit 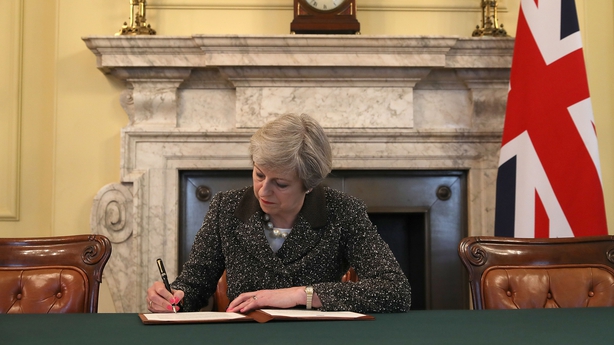 It marks the start of complex and contentious negotiations that put the UK on course to break its ties with the bloc by the end of March 2019.

Mrs May urged the country to "come together" as she looks to heal the deep wounds caused by a referendum campaign that left the UK mired in division.

The prime minister's top team gathered around the Cabinet table at No 10 this morning as she updated them on the content of the letter formally invoking Article 50.

Sir Tim Barrow heading to the European Council, presumably with the letter in his inside pocket. (No, he didn't drop into the chemist) pic.twitter.com/4T1GROKphO

Mrs May delivered her statement on the triggering of Article 50 to the House of Commons this afternoon:

"This is an historic moment from which there can be no turning back. Britain is leaving the European Union."

"That is our ambition and our opportunity," she said.

Mrs May went on to say that "we will strengthen the union of the four nations that comprise our United Kingdom" adding that she wanted to maintain the common travel area with Ireland.

Theresa May: 'We want to maintain the common travel area with the Republic of Ireland, there should be no return to the borders of the past' pic.twitter.com/LlCGfiPYRO

Mrs May said the government will be spending the next two years putting into action its plan to make Britain a fairer and more meritocratic society.

She added: "For the unity of the UK, the most important element in relation to the negotiations with Europe is to get the best possible deal in terms of cooperation on security, but also in terms of the free trade arrangements which will bring prosperity to our economy."

The European Council president is to draw up draft negotiating guidelines for the talks process to begin.

Member states, including Ireland, will have four weeks to shape those guidelines, before an extraordinary summit meeting at the end of April.

The negotiations proper will begin probably in late May, early June. 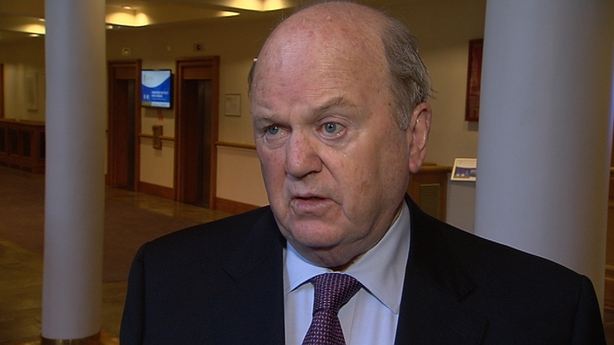 Following the triggering of Article 50, Minister for Finance Michael Noonan held a phone call with Chancellor of the Exchequer Philip Hammond.

Mr Noonan said during the "constructive discussion" he "reminded Chancellor Hammond that Ireland remains fully committed to our Membership of the EU and we will be negotiating as part of the EU 27 in the negotiations ahead".

He added he "welcomed Prime Minister May’s letter and statement which together highlighted the unique and historic relationship between UK and Ireland and made clear the priorities including the maintenance of the Common Travel Areas and avoiding a return to a hard border with Northern Ireland”.

Leader of the Liberal Democrats Tim Farron called for a second referendum on the final Brexit deal.

He said: "Today the Prime Minister is not enacting the will of the people, she is at best interpreting that will, choosing a hard Brexit outside the single market that was never on the ballot paper.

"So this day, of all days, the Liberal Democrats will not roll over as the official opposition have done.

"Our children and our grandchildren will judge all of us through our actions during these times.

I am determined that I will look my children in the eye and be able to say that I did everything to prevent this calamity that the Prime Minister has today chosen.

He said the "unknown deal" will shape Britain's future for generations, adding: "Surely the Prime Minister agrees with me that the people should have the final say?"

Key EU figures agreed to enter into Brexit talks in a "positive spirit" during a series of telephone calls with Mrs May yesterday evening.

Within 48 hours, the European Commission is expected to issue "draft negotiation guidelines", which will be sent to the 27 remaining states for consultation.

Their leaders will meet on 29 April at an extraordinary European Council summit to agree a mandate for chief negotiator Michel Barnier and clear the way for talks to begin in earnest in May.

The key point of contention as soon as Article 50 is triggered is the order in which different aspects of Brexit are approached.

Effectively, there are two issues to be settled - the terms of Britain's withdrawal from the EU and arrangements for future trade relations.

On top of that is a possible third negotiation on a "transitional arrangement" covering the period between the moment of departure and new trade rules taking effect.

A white paper will tomorrow be produced on the Great Repeal Bill, the legislation that will turn four decades of EU regulations into domestic laws. 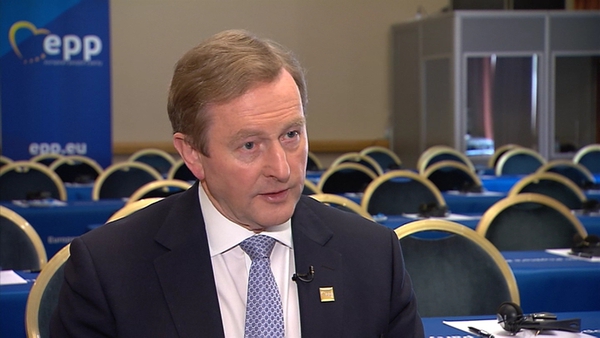 Kenny says letter reflects his discussions with May