The Taoiseach has said the discussions he has had with British Prime Minister Theresa May about Irish priorities are reflected fully in her letter to Donald Tusk triggering Article 50.

Enda Kenny said his focus now was on getting the European Council to recognise those priorities in the negotiations to come, which he said would be conducted in a spirit of optimism and positivity.

He was speaking to RTÉ News in Malta, where he is attending the European People's Party conference.

Mr Kenny said Ireland could negotiate from a position of strength, saying we might be only one of 27 but we were the only country which would have a land border with the UK and the only country with a peace process which the EU was contributing to.

On Brexit, Kenny says Ireland is an important one of 27 in the EU and the only country which will have a land border with the UK pic.twitter.com/bmI5WPlQMh

He highlighted that economic studies had also shown Ireland would be the country most affected by Brexit.

Asked about what kind of border we would see post Brexit, the Taoiseach said the solution would not be driven by technology but represented a political challenge requiring creativity - the best minds in Ireland and the UK would have to deal with the issue in an imaginative way.

Mr Kenny said the negotiations would take longer than two years and a transitional arrangement would be needed before trade negotiations could conclude.

Earlier, the Government warned that the UK's exit from the European Union will have "significant economic, political and social implications" for Ireland. 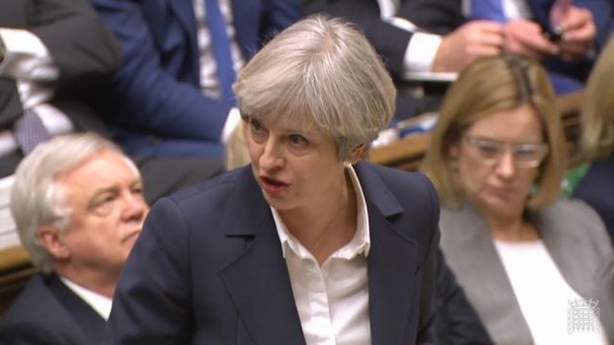 Mrs May's letter to European Council President Donald Tusk contains a negotiating principle that the UK's EU withdrawal "does not harm the Republic of Ireland".

"We must pay attention to the UK's unique relationship with the Republic of Ireland and the importance of the peace process in Northern Ireland.

"The Republic of Ireland is the only EU member state with a land border with the United Kingdom.

"We want to avoid a return to a hard border between our two countries, to be able to maintain the Common Travel Area between us, and to make sure that the UK’s withdrawal from the EU does not harm the Republic of Ireland."

In a statement, the Irish Government said it will publish "a consolidated paper" providing more detail about its "priorities and our approach to the negotiations ahead" before the end of April.

Minister for Foreign Affairs Charlie Flanagan said he was encouraged by the reference to Ireland and the peace process in Mrs May's letter but his reaction was one of sadness.

Speaking on RTÉ's News at One, he said the Government wants to ensure the closest possible trading relationship with the UK.

He said the key priority for the Government is to continue the free flow of trade on the island of Ireland and to ensure that the invisible border continues to exist.

In an interview with the BBC this morning, British Chancellor of the Exchequer Philip Hammond said he envisaged a positive outcome in the Brexit talks to the UK's trade relationships with EU countries.

Mr Hammond said Britain accepted that after Brexit it could no longer be a member of the European single market or a full member of the customs union, and that would have consequences.

"We understand that we can't cherry pick. We can't have our cake and eat it," he said.

However, he said a customs arrangement could be negotiated that would make borders as frictionless as possible. He said this was "vitally important" for Northern Ireland.

"Nobody on either side of this discussion wants to see us having to return to the hard border of the old days," he said.

Sinn Féin leader Gerry Adam has said the onus is on the Taoiseach to argue against a hard border during the negotiations.

He said the Good Friday Agreement is under serious threat and Mrs May has paid no attention to the devolved administrations.

Minister of State for European Affairs Dara Murphy has said it is in both sides interests that the relationship stays as strong as possible.

He said the Government has embarked on a diplomatic process across Europe and he insisted that Ireland is at the negotiating table. 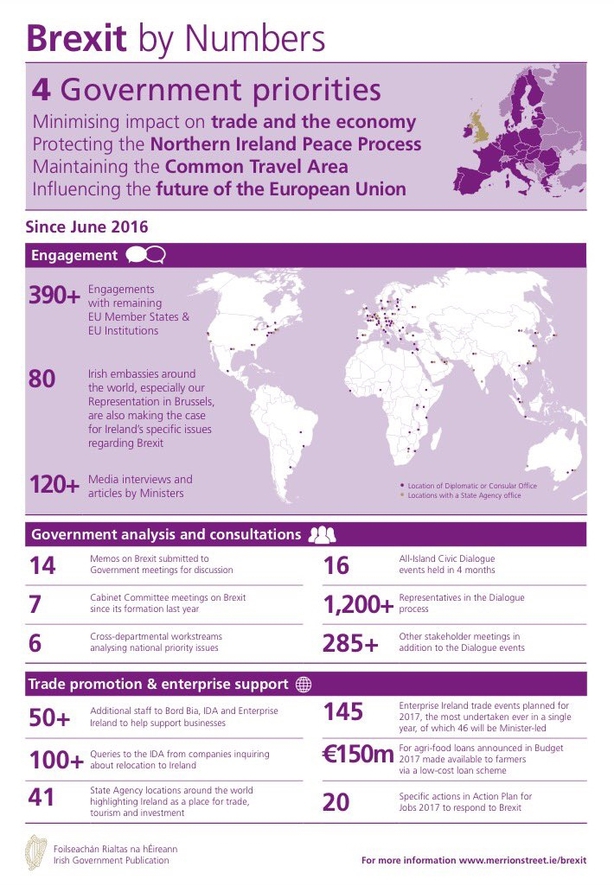