Opinion: the clear lesson from the bombing of selected targets in Syria by the United States, France and United Kingdom is that international law counts for little

Once United States president Donald Trump had tweeted his intentions, the bombing of selected targets in Syria was almost inevitable. The use of chemical weapons is prohibited under international law and a flagrant violation of the Chemical Weapons Convention. The question then arises if the retaliatory attacks launched by the US, France and the United Kingdom can be justified under international law. This is a question of fundamental importance as the alleged violation of international law by the Assad regime is being used as justification for military action.

The law is clear on the use of force and this is reflected in Article 2(4) of the UN Charter which states: "members shall refrain in their international relations from the threat or use of forces against the territorial integrity or political independence of any state, or in any other manner inconsistent with the Purposes of the United Nations".

The exceptions to this are self-defence under Article 51 and action approved by the UN Security Council under Chapter VII of the Charter. The Security Council failed to adopt a number of proposed draft resolutions on chemical weapons in Syria as it was rendered impotent by the veto mechanism of a permanent member once again, this time Russia.

What can be achieved by military strikes on Syria?

It is difficult to assess the damage caused to Assad’s infrastructure, but such a co-ordinated attack and the use of fighter jets means that it was probably substantial. Nevertheless, it is almost impossible to destroy the regime’s capacity to use chemical weapons (chlorine gas is an easily acquired industrial chemical). Destroying Syria’s airforce would have had a greater impact, but would require a prolonged and concerted bombing campaign with the risk of direct confrontation with Russia.

The strike on Shayrat airbase in 2017 showed that even more that 50 of these extremely expensive cruise missiles landing on a single airbase was not able to keep it out of operation for more than a few hours. That demonstration of US intent and firepower evidently did little to deter further chemical attacks.

US Defense Secretary James Mattis said that more than 100 weapons were launched against three main targets on this occasion. He did not specify how the targets were hit, but stressed that the operation did not pose a danger to civilians. It is ironic that a former general was seen to try to restrain Trump earlier in the week and that the president was reported to be unhappy with the options his own military presented to him.

"The purpose of our actions tonight is to establish a strong deterrent against the production, spread, and use of chemical weapons. Establishing this deterrent is a vital national security interest of the United States", Trump said.

In effect, the air and missile strikes constituted what international lawyers refer to as an armed reprisal. A reprisal is the use of military force following an incident usually intended to punish, retaliate or to deter further such incidents. None of these examples fit the exception to the prohibition on the use of force contained in the UN Charter. Reprisals need Security Council authorisation to be lawful and the Security Council has never authorised a reprisal and will not do so in the case of Syria.

In 1970, the UN General Assembly adopted the Declaration on Principles of International Law Concerning Friendly Relations and Cooperation among States which stated that the fundamental rights and duties of states included a "duty to refrain from acts of reprisal involving the use of force" against other states. In 1994, the UN International Court of Justice in its advisory opinion on the Legality of Threat or Use of Nuclear Weapons declared that armed reprisals in time of peace are unlawful. Similar reasoning has been followed in later cases.

The message for Assad and his allies is that he can continue to slaughter his own citizens - just don't use chemical weapons when doing so.

The US has played fast and loose with principles of international law when seeking to take military action and resort to the use force outside the framework of the UN Charter. Even Obama linked US military action to national security when he sought Congressional approval for strikes in Syria following the 2013 chemical weapons attacks by the Assad regime (such approval was denied at the time).

The UK has sought to justify the action on the basis of humanitarian intervention. This does not stand up to scrutiny and the estimated deaths of half a million Syrians since the conflict began, in addition to the millions displaced, demonstrate the fallacy of this argument. The true motives behind so-called humanitarian interventions in the past were exposed by the International Commission on Intervention and State Sovereignty (ICISS), set up by the Canadian Government, which at the end of 2001 issued a report entitled The Responsibility to Protect.

Iran has called the attack by the US, France and the UK a "tripartite aggression", in what appears to be a reference to the British, French and Israeli aggression against Egypt during the Suez crisis in 1956 (when the US stepped in to prevent the situation escalating).

From RTÉ Radio One's This Week, Middle East Institute's Rana Slim discusses the impact of strikes by the US and its allies on Syria

America has its nuclear and conventional weapons arsenal to rely on to enforce its will and it does not feel that it needs the protection of international law. Ireland and similar countries must always rely on these principles and should not be afraid to speak out when they are violated.

The best one can say for now it that the air strikes could have been worse. The attack appeared to be carried out in a manner that sought to avoid direct confrontation with Russia and, according to the US and UK, to prevent civilian casualties. Right now, we just have allegations and counter claims, with the truth somewhere in between. Why Russia opposed an independent investigation and why the investigation under way was not given time to make a preliminary finding before the attack was launched can only be surmised.

The failure to wait for the results of the investigation by the Organisation for the Prohibition of Chemical Weapons is deeply troubling. The clear lesson is that international law counts for little when it gets in the way of the major powers. The message for Assad and his allies is that he can continue to slaughter his own citizens - just don't use chemical weapons when doing so. 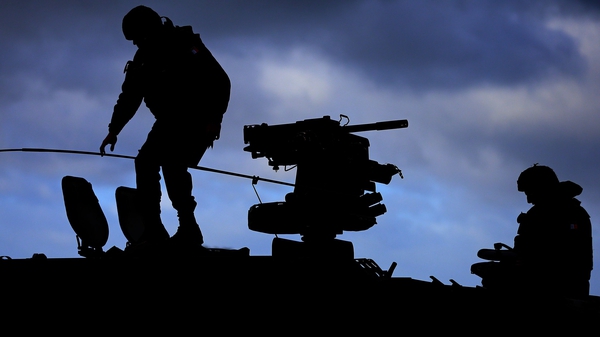 What will EU defence project PESCO mean for Ireland?