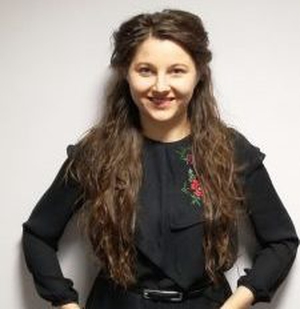 Opinion: It's important for Ireland and all EU member states that PESCO will bring substantive benefits and not just costs

Together with other 24 EU member states, Ireland joined the Permanent Structured Cooperation (PESCO) in December 2017. PESCO’s overall objective is to increase defence capabilities and co-ordination between member states with an end-goal of a better capability to respond to security threats.

The roadmap adopted by PESCO participants on 06 March 2018 explains the meaning of PESCO and the way it will be implemented. So far, PESCO means 17 projects will be undertaken in this legal framework. These involve the participation of defence forces from several EU countries, having thus the potential to play a cohesive role by linking defence forces from the EU geographical periphery, such as Ireland or Romania, with those at the EU core, e.g. Germany. A transfer of expertise, defence skills and technology can take place through interaction, exchange and collective participation in the framework of PESCO projects.

Upgrade of Maritime Surveillance, meanwhile, involves the improvement of exchange of information with regards to maritime surveillance and its sharing in real time and is led by Greece. By increasing situational awareness of potential threats – security, environmental, energy or other type of threats – it enables a more rapid and efficient response to potential crises.

Involvement in these two projects will most likely result in an increase in the Irish defence budget and the exact costs are yet to be determined. In 2015, Ireland had the second lowest defence spending in the EU with 0.4 percent of the GDP. A €36 million increase in the defence allocation is planned for the period from 2018 to 2020.

Thus PESCO will increase the capacity of the Irish Defence Forces as well as the operational and technological link with other EU member states. Ireland’s relationship with the EU member states has intensified substantially in the aftermath of the Brexit vote in the UK, with many countries showing their support for a Brexit deal which would avoid a hard border between Northern Ireland and the South and the preservation of the Good Friday Agreement.

PESCO has triggered a serious debate on the future of Irish security and foreign policy and transformation of the traditional principle of military neutrality. This type of debate is important because it can help bridging the gap between political narrative in Brussels and domestic realities regarding Ireland’s security and foreign policy. The Future of Europe Project of the Department of Foreign Affairs and Trade consists of public debates and the participation of citizens, members of political parties and other stakeholders and is a notable example of dialogue and discussion on this topic.

Since joining the EU in 1973, Ireland’s participation in the European Security and Defence Policy and Common Foreign and Security Policy has been significant. Around 650 Irish personnel are currently deployed to civilian and military international crisis management and peace support operations in more than a dozen of countries. Since 1999, Ireland has been participating in NATO’s Partnership for Peace Programme, with a mandate focusing on co-operation in international peacekeeping, humanitarian operations, search and rescue, the protection of the environment and marine matters.

The value added by PESCO for the EU is that it represents a step forward for ending a choiceless dependence on US defence. PESCO gives each member state a say instead of relying on US or NATO decisions. Ownership of decisions related to security and defence becomes of significant importance in a rapidly changing and increasingly unpredictable international environment.

The value of PESCO for Ireland is that it can strengthen Ireland’s engagement in peacekeeping and stabilisation missions abroad. Capabilities developed under PESCO can also be made available to UN peacekeeping missions. Nonetheless, potential missions of Defence Forces overseas will further require authorisation by China, France, Russia, UK and the US in the UN Security Council, as per the triple-lock system.

PESCO has also an importance for Ireland’s foreign policy outside the EU. A non-permanent seat in the UN Security Council (for which Ireland intends to lobby for) would represent an immense boost of prestige for a small nation like Ireland and current data suggests that it has a realistic chance of getting the necessary number of votes. If it comes to pass, Ireland will have the chance to propose topics of importance for international peace and security to debate and review.

In 2014, Ireland ranked first in the Good Country Index, which was a significant acknowledgement of Ireland’s contribution to the planet and humanity through its policies and practices. This suggests that Ireland’s membership in the UN Security Council could have a positive type of impact on world affairs.

PESCO is a collective project and despite an excessive enthusiasm for it in the context of Europe’s (desperate) quest for a strong security strategy, there is a lot of scepticism involved. Previously, we saw the failure of the European Defence Community in 1953 and the lack of deployment of the EU Battlegroups (to which Ireland plans to contribute in 2020) despite full operational readiness being declared in 2007. It is therefore up to the member states to ensure that PESCO will generate substantive benefits and not only costs. 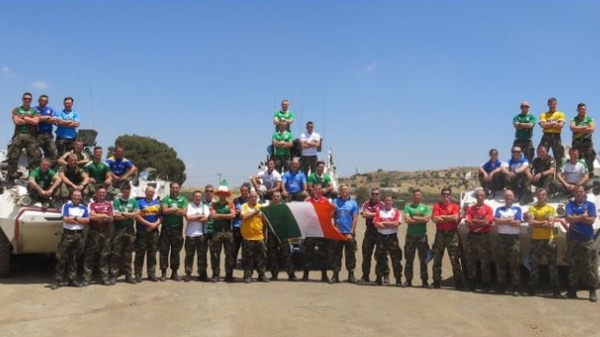 What are Irish soldiers achieving in the Golan Heights?

Cornelia-Adriana Baciu is an Irish Research Council Government of Ireland Postgraduate Scholar at the Institute for International Conflict Resolution and Reconstruction (IICRR), School of Law & Government at Dublin City University