Russia has warned that US cruise missile strikes on a Syrian air base could have "extremely serious" consequences, as President Donald Trump's first major foray into a foreign conflict opened up a rift between Russia and the US.

The warships USS Porter and USS Ross in the Mediterranean Sea launched dozens of Tomahawk missiles at the Shayrat airbase, which the Pentagon says was involved in a chemical weapons attack this week.

It was Mr Trump's biggest foreign policy decision since taking office in January and the kind of direct intervention in Syria's six-year-old civil war his predecessor Barack Obama avoided.

The strikes were in reaction to what the says was a poison gas attack by the government of Syrian President Bashar al-Assad that killed at least 70 people in rebel-held territory. 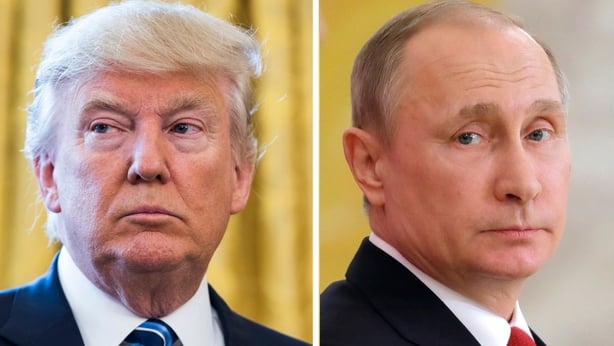 They catapulted the US into confrontation with Russia, which has advisers on the ground aiding its close ally Mr Assad.

"We strongly condemn the illegitimate actions by the US. The consequences of this for regional and international stability could be extremely serious, Russia's deputy UN envoy, Vladimir Safronkov, told a meeting of the UN Security Council tonight.

Russian Prime Minister Dmitry Medvedev charged that the US strikes were one step away from clashing with Russia's military.

US officials informed Russian forces ahead of the missile strikes and avoided hitting Russian personnel.

Satellite imagery suggests the base houses Russian special forces and helicopters, part of the Kremlin's effort to help Mr Assad fight the so-called Islamic State and other militant groups.

Mr Trump has frequently urged improved relations with Russia, strained under Mr Obama over Syria, Ukraine and other issues, but in launching the attacks last night he said action had to be taken against Mr Assad.

"Years of previous attempts at changing Mr Assad’s behavior have all failed and failed very dramatically," Mr Trump said as he announced the attack from his Florida resort, Mar-a-Lago, where he was meeting Chinese President Xi Jinping.

US ambassador to the United Nations Nikki Haley said this evening the Trump administration was ready to take further steps if needed.

"We are prepared to do more, but we hope that will not be necessary," she told the UN Security Council. 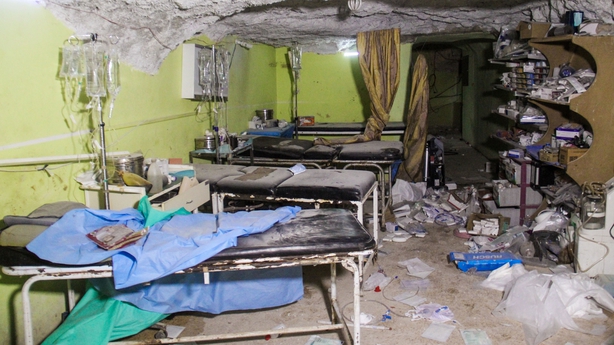 Secretary of State Rex Tillerson, who was in Florida with Mr Trump and is scheduled to go to Moscow next week, said he was disappointed but not surprised by the Russian reaction because it showed continued support for Mr Assad.

Iran, which supports Mr Assad and has been criticised by Mr Trump, condemned the strike, with President Hassan Rouhani saying it would bring "only destruction and danger to the region and the globe".

US officials called the intervention a "one-off" intended to deter future chemical weapons attacks and not an expansion of the US role in the Syrian war.

Treasury Secretary Steve Mnuchin said the United States would announce additional sanctions on Syria in the near future but offered no specifics.

US allies from Asia, Europe and the Middle East expressed support for the attack, if sometimes cautiously.

The action is likely to be interpreted as a signal to Russia, and countries such as North Korea, China and Iran where Mr Trump has faced foreign policy tests early in his presidency, of his willingness to use force.

The United States is now likely to be more aggressive in pursuing intelligence about Syria's suspected chemical weapons program. The Pentagon has also signalled interest in determining any Russian complicity.

"At a minimum, the Russians failed to rein in the Syrian regime activity," a senior US military official told reporters, speaking on condition of anonymity.

The official also said the United States had been unable to determine if a Russian or Syrian aircraft bombed a hospital that was treating victims of the chemical attack.

Russia joined the war on Mr Assad's behalf in 2015, turning the momentum in his favor.

Although they support opposing sides in the war between Mr Assad and rebels, the United States and Russia say they share a single main enemy, Islamic State.

Mr Tillerson said the strike took out about 20% of the seventh wing of the Syrian air force and hit a fuelling facility.

The base's runway was still in use.

Syria and Russia denied Syrian forces were behind the gas attack but Western countries dismissed their explanation that chemicals leaked from a rebel weapons depot after an air strike.

The Syrian army said the US attack killed six people and called it "blatant aggression" that made the United States a partner of "terrorist groups" including Islamic State.

There was no independent confirmation of civilian casualties.

US politicians from both parties have backed Mr Trump's action but demanded he spell out a broader strategy for dealing with the conflict and consult with Congress on any further action. 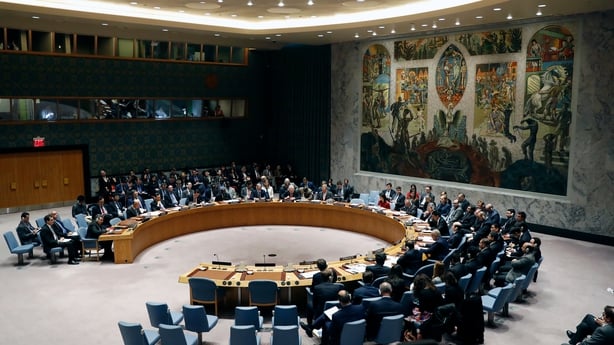 The UN Security Council had been negotiating a resolution, proposed by the United States, France and Britain on Tuesday, to condemn the gas attack and push the Syrian government to cooperate with international investigators.

Russia said the text was unacceptable and diplomats said it was unlikely to be put to a vote.

Russia expects Mr Tillerson to explain the US stance when he visits Moscow next week, Interfax news agency cited a Russian Foreign Ministry spokeswoman as saying.

The US has long backed rebels fighting Mr Assad in a multi-sided civil war that has killed more than 400,000 people and driven half of Syrians from their homes since 2011.

The United States has conducted air strikes against Islamic State, which controls territory in eastern and northern Syria, and a small number of US troops are helping rebel militias.

Asked whether the strikes set back any efforts to work with Russia to defeat Islamic State, sometimes known as ISIS, White House spokesman Sean Spicer said:

"There can be a shared commitment to defeat ISIS and also agree that you can’t gas your own people.

Tuesday's attack was the first time since 2013 that Syria was accused of using sarin, a banned nerve agent it was meant to have given up under a Russian-brokered, UN-enforced deal that persuaded Mr Obama to call off air strikes four years ago.

Video depicted limp bodies and children choking while rescuers tried to wash off the poison gas.

Russian state television blamed rebels and did not show footage of victims.

The US strikes cheered Mr Assad's enemies, after months when Western powers appeared to grow increasingly resigned to his staying in power.

But opposition figures said an isolated assault was far from the decisive intervention they seek.

Neither the Trump administration nor its predecessor has laid out a policy aimed at ending the Syrian conflict. 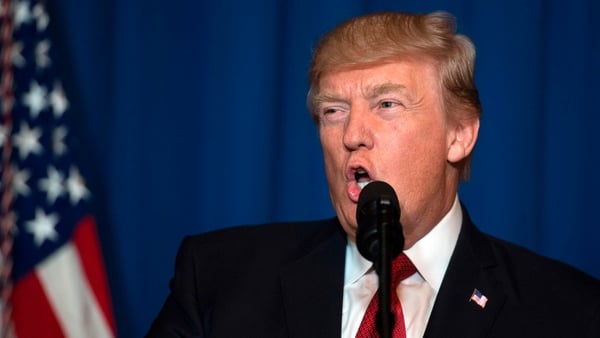 As it happened: Trump orders missile strike on Syrian air base