Opinion: the current inhabitant of the White House may be displaying some surrealist touches but politics is no place for ambiguity

Something seems to have changed. Judging by our collective response to recent events in Las Vegas and Texas, we are becoming affectively stunned, even morally anesthetized, by the recurrence of these horrors. It would seem that people in America and around the world are recalibrating their expectations to a new normal. What is predictable not only appears more inevitable, but it also tends to be deemed less evil. When an injustice becomes the norm, it no longer feels like an injustice.

The same general state of resignation, inescapability and acceptability is also present in the way we respond to President Donald Trump’s manifestly inappropriate rhetoric. Trump’s deplorable response to the Texas mass killing passed unnoticed, which suggests that exactly a year into his presidency, in the words of Pink Floyd’s Roger Waters, we have become comfortably numb.

Trump’s insight on the worst mass shooting in modern Texas history ("this isn’t a gun situation") may not go down in history as particularly enlightening or informative. But it is philosophically very disconcerting. A man walks into a church carrying an assault rifle and starts shooting indiscriminately at anyone and everyone in sight. And yet, notwithstanding the blaringly obvious, we are supposed to be reassured by the President of the United States that "this isn’t a gun situation"?

Trump’s peculiar comment evokes a comparison with a famous painting by the Belgian surrealist artist René Magritte, from 1929. The Treachery of Images depicts a pipe, underneath which Magritte has painted the words "ceci n'est pas une pipe" ("this is not a pipe").  Magritte commented on his painting in characteristically stirring fashion: "the famous pipe. How people reproached me for it! And yet, could you stuff my pipe? No, it's just a representation, is it not? So if I had written on my picture ‘this is a pipe’, I'd have been lying!"

The painting is rightly famous for highlighting the gap between language and meaning. Ambiguity fills that gap. The painting forces us to question the importance of the sentence and the word. The word "pipe" is just a word, not a pipe, and a picture of a pipe is just that, a picture, not something that can be smoked. The ambiguity unleashed by the apparent simplicity of this painting became the subject of a book-length analysis by French philosopher Michel Foucault in 1973, where he makes the ambiguous statement: "about even this ambiguity, however, I am ambiguous".

Perhaps Trump is not given the credit he deserves. It might just be that his comment on the latest murderous mass shooting in America is a highly sophisticated observation of our postmodern condition. He may be refering to the surreality of our existence, the ambiguity of what the French refer to as the "quotidien": the ordinary, commonplace, trivial.

"This isn’t a gun situation". Like Magritte, Trump knew that he was going to be reproached by the common people, but it is his moral duty to speak the truth. First of all, it was not a gun that killed 26 people in the First Baptist Church in Texas, it was an assault rifle. The fact that this lethal weapon was legally obtained, by someone with a history of severe domestic violence and mental health issue, is apparently irrelevant. It isn’t a gun situation.

There is a place for ambiguity in our world and perhaps art galleries are that place. But politics is different, or at least it should be.

Just possibly, President Trump is wiser than the world media give him credit for. He is merely reminding us, the gullible masses, not to be misled by appearances. Like the prisoners chained in a dark cave facing a blank wall in Plato’s allegory of the cave in Book VII of the Republic, we repeatedly and inevitably mistake the shadows on the wall for reality. The truth is elsewhere, and Trump knows the truth: "this isn’t a gun situation".

So what pearls of wisdom can we take from President Trump’s pronouncement? It is not a gun situation, meaning that guns have nothing do with it, since many people own guns, but hardly anyone goes around shooting innocent people indiscriminately. Instead, Trump reassures us that it is only a mental health issue.

This is very profound, but alas, there is a problem. Logic does not give credence to Trump’s statement. After all, many people suffer from mental health issues and yet the vast majority don’t go around shooting people either. So, if it is not a gun situation and it is not a mental health situation either, what is it? 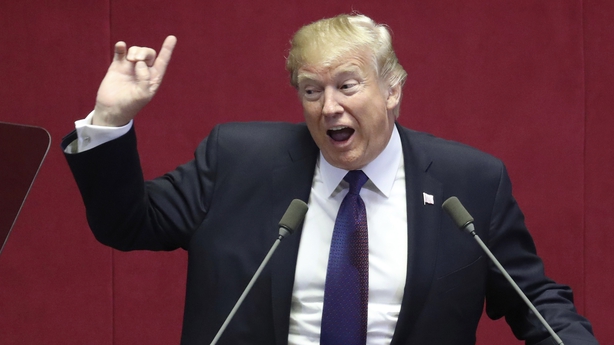 It is all too easy to get lost in the ambiguity of the situation. It is also very convenient to do so, especially for those who want to maintain the status quo. But it would be an insult to those who lost their lives in Texas, Las Vegas and too many other places to mention.

In the last analysis, there is one basic fact: no one can be shot dead unless the murderer has a gadget to shoot them with: a gun. There is nothing ambiguous about this fact. Every time someone is shot, it is a gun situation. Yes, there may be other factors at play, but there is only one common denominator in all mass shootings: guns were involved.

Trump’s insight on the worst mass shooting in modern Texas history may not go down in history as particularly enlightening or informative, but it is philosophically very disconcerting

There is a place for ambiguity in our world and perhaps art galleries are that place. But politics is different, or at least it should be. Facts still matter, words have meanings, ambiguity can be fatal and we have a duty to face the truth, no matter how inconvenient the truth may be. For President Trump to suggest in the aftermath of yet another avoidable mass shooting that "this isn’t a gun situation" is simply a ludicrous lie. 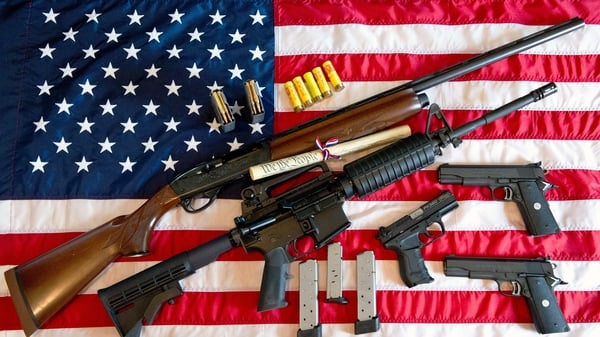 How much damage has Boris Johnson done to the UK?