Dublin demonstration calls for an end to the Vietnam war.

Protesters march from Parnell Square to the US Embassy in Ballsbridge where they delivered a letter condemning the war in Vietnam. The protesters were met by a ring of Gardaí who surrounded the embassy. 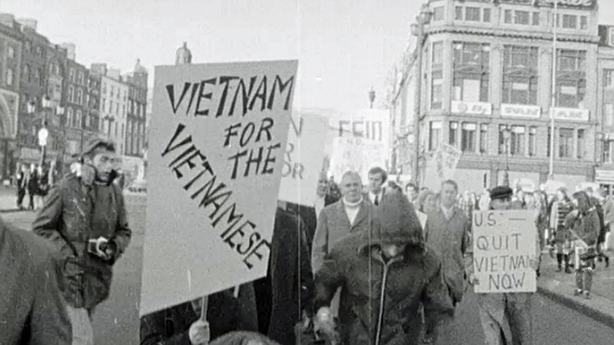 An RTÉ News report broadcast on 15 November 1969. The film shown here is mute.

US EMBASSY
VIETNAM
WAR AND CONFLICT