The opening sequence from the RTÉ Television play 'Ireland of the Welcomes', written by Maeve Binchy.

The play is based on an Irish emigrant's return home from London with his family. It starred Joe Lynch as Dermot Brennan, Angela Vale as Brenda Brennan and Hilary Reynolds, Pádraig Murray and Luke Cauldwell as their children.

In this sequence we see the family returning home to Ireland on the B&I car-ferry and partaking in a celebratory glass of wine with their meal to mark the special occasion.

'Ireland of the Welcomes' was part of RTÉ Television's 'Thursday Play Date' series. It was broadcast on 9 October 1980. 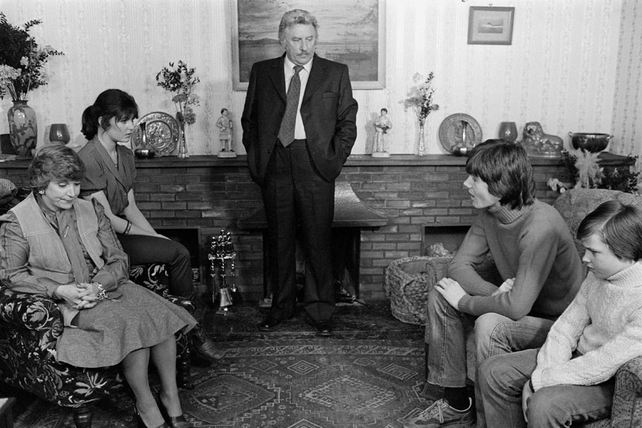