Broadcaster William Joyce was shot and captured by British forces on 28 May 1945 while attempting to flee Germany. He was later charged with high treason and hanged.

Throughout the Second World War, William Joyce had made Nazi propaganda broadcasts on German radio and was popularly known as 'Lord Haw-Haw'. Joyce was born in New York in 1906 and raised in Ireland. He later moved to England and became a prominent member of Oswald Mosley's British Union of Fascists. 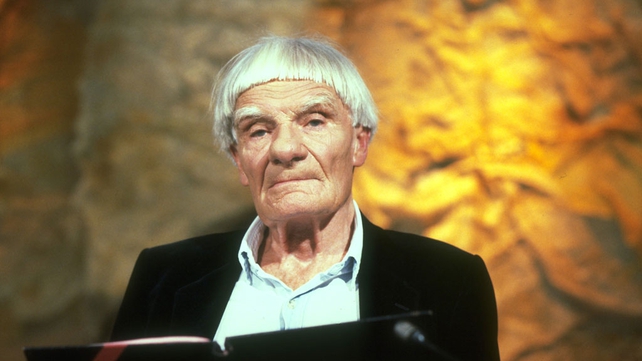 Writer Francis Stuart talks to presenter John Bomwan about Joyce's time in Berlin in this radio interview from 'Opinion'. Stuart also worked for German radio during the Second World War.

The Germans thought a great deal of him. He got rations that only the Diplomats got.

The accompanying photograph shows William Joyce surrounded by armed guards as he arrives on a stretcher at a hospital near Luneberg.