The London Irish Centre celebrated 60 years at its home in Camden on Saturday 13 September 2014.

The London Irish Centre celebrates 60 years at its home in Camden on Saturday 13 September 2014. To mark the occasion, there will be an afternoon tea dance and social at 2.00pm followed by a drinks reception from 6.00pm with music and dancing 'til late. The evening will be attended by the Ambassador of Ireland to Great Britain Dan Mulhall.

From the programme 'Féach' in 1968 Breandán Ó hEithir goes to a céilí in the London Irish Centre in Camden and meets some emigrants from Connemara. This report was originally broadcast on 30 June 1968. 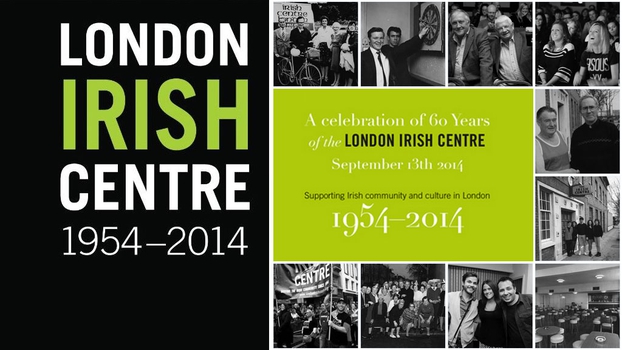 The 60th Anniversary Celebration will also feature photographs and archive footage of the Centre from throughout the past 60 years.

To find out more about the 60th Anniversary celebrations visit www.londonirishcentre.org

Founded in 1954 to support the needs of thousands of newly arrived Irish emigrants to London, the Centre continues to meet the needs of the Irish community in London; from 1950’s emigrants, to those whose London journey is just beginning.

Visit the exhibition 'Emigration Once Again'

Irish Squatters in London in 1989