Kevin O'Kelly meets some of the soldiers to find out about their peace-keeping work on UN patrols.

Private Donoghue carries a communications pack on his back as communications technology is vital to them. Lieutenant Todd says they have outposts keeping an eye on both the Turkish and the Greek side of the island. The trouble is usually along the borderline.

Changing the subject, O'Kelly asks him in Irish if the language is in use in Cyprus. As many of the troops come from Gaeltacht areas of Ireland, they can speak Irish but have little opportunity to.

An RTÉ News report broadcast on 5 May 1964. The reporter is Kevin O'Kelly. 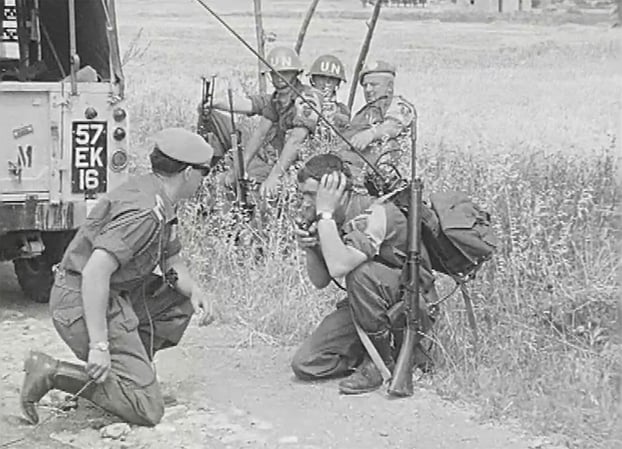