The United Rugby Championship have confirmed the referees for this weekend's semi-finals, with neutral officiating teams for both games.

Leinster host the Bulls on Friday night at the RDS in the first of this weekend's semi-finals, and Leo Cullen's side will surely be pleased with the refereeing team, which is a repeat of the officials from last weekend's quarter-final hammering of Glasgow Warriors.

Italy's Andrea Piardi will be the man in the middle, while his countryman Gianluca Gnecchi and Wales' Craig Evans will be on the touchlines, with Matteo Liperini the Television Match Official.

Ulster will be relieved to see a neutral set of officials for Saturday's semi-final, as they return to Cape Town to face the Stormers.

Their previous visit to John Dobson's side in March ended in controversy, when Callum Reid's match-winning try for Ulster was ruled out for a knock-on, with the referee being overruled by South African TMO Quinton Immelman.

The URC's refereeing chief Tape Henning later admitted the try should have stood. Ironically, had the try been correctly allowed, the result would have seen Ulster finish second in the table, and likely having home advantage for the semi-finals.

Scotland's Mike Adamson has been confirmed as referee, with assistants Sam Grove-White and Adam Jones of Scotland and Wales respectively, while another Welshman Ben Whitehouse, will be TMO. 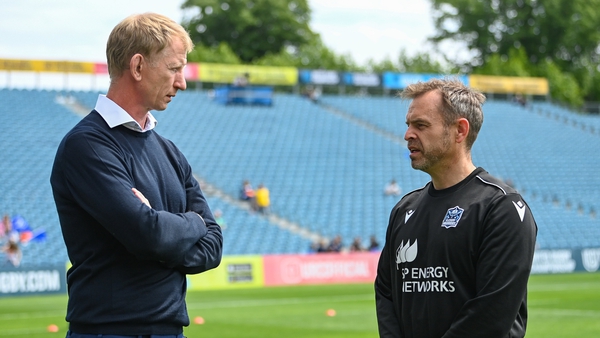