Danny Wilson has been sacked as Glasgow's head coach in the wake of Saturday’s humiliating defeat by Leinster.

The Welshman replaced Dave Rennie in the summer of 2020 but has now paid the price for the abject 76-14 loss in the United Rugby Championship.

The decision was taken by the club and Scottish Rugby following a meeting with Wilson on Monday. He leaves his role "with immediate effect".

"The recent run of results has not been acceptable and has had a significant impact on everyone connected to the club," he told Glasgow's website.

"We are a proud organisation and want to be competitive week in, week out and we felt therefore a change of head coach was the right step to take.

"It is never pleasant to have to make changes to our team, but we needed to act. I’ve enjoyed working closely with Danny and know he has given a huge amount to Glasgow over the past two seasons and for that I’d like to thank him and wish him well."

Wilson led Glasgow into the top eight of the URC before Saturday’s costly 12-try defeat.

"I am proud that we finished the season in the top eight and qualified for a quarter-final, and like everyone I am extremely disappointed with the result at the weekend," the departing head coach said.

"I’d like to thank the players and staff at Glasgow Warriors for all their hard work and commitment over the two seasons I was with the club."

Wilson was previously a coach with Scotland before landing the Glasgow job two years ago.

Scottish Rugby chief executive Mark Dodson added: "I’d like to thank Danny for his contribution to rugby in Scotland over the past four years.

"He faced a challenging period taking on the Glasgow role mid-pandemic and while there have been several high points, ultimately recent results have not been consistent enough and given the importance of our two professional teams we needed to address that in a timely manner.

"I have a lot of respect for Danny and the professional way he conducts himself and wish him well in the future."

The recruitment process to find a new head coach is under way.

Watch highlights of the weekend's URC games on Against the Head, 8.30pm on RTÉ2 and RTÉ Player. 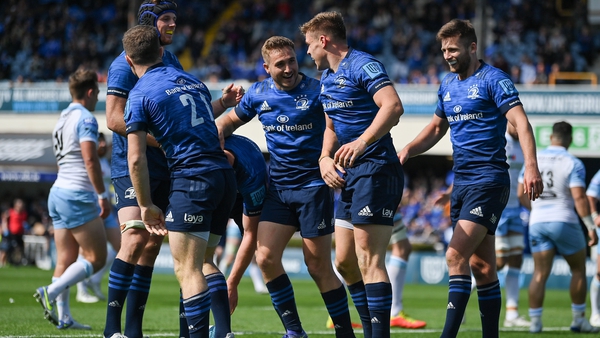