Ulster prop Tom O'Toole says his team "know exactly what we are about" as they aim to finish the opening block of United Rugby Championship games top of the pile.

Dan McFarland’s side have garnered maximum points from home games against Glasgow, Benetton and Emirates Lions, and an away trip to Zebre.

But the 2006 champions have been here before, a good start followed by a trail off at the business end.

O’Toole, who was born in Drogheda but grew up in Australia, joined Ulster in 2018.

Asked if there is a sense that things are different this year, the 23-year-old tighthead told RTÉ Sport: "In the last couple of years we’ve been pretty consistent, especially in the league.

"This year, coming from our games, we’ve picked areas where we can be a lot better.

"We are delighted with the start of the season but there are so many areas that we want to improve.

"That’s really encouraging and positive that we are coming in on Monday and not just being happy with the bonus-point wins.

"We know when it comes to the crunch time at the end of the season when we want to perform in really competitive games, that’s when we have to perform. 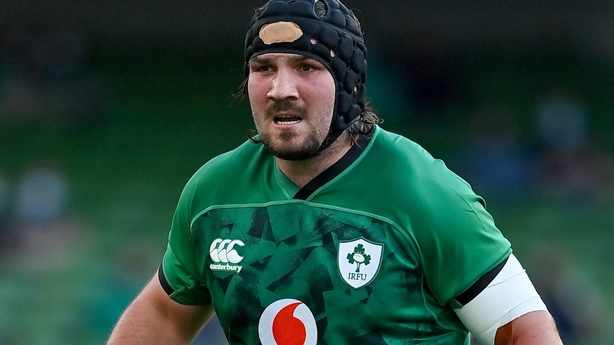 "There is a bit of a different feeling this year, especially with Dan being here a couple of years now.

"We know exactly what we are about, we know fundamentally as a team what we want to produce on the field.

"It would be huge for us [to win five from five]. Especially with the amount of injuries we’ve had, a lot of guys have had to put their hands up.

"It would be hugely encouraging. It’s a massive end to this block but the job is not done."

O’Toole, who won his first Ireland cap against the USA in the summer, starts his fourth game in a row, against Connacht on Saturday (5.15pm).

On the subject of Connacht ceding home advantage by choosing to play at Lansdowne Road, he said: "When we prepare to play Connacht [in Galway] you’re usually preparing for any and every kind of weather.

Oliver hoping Aviva can be home away from home

"Rain, wind, you have to be ready for all the elements. It will be different going down to Dublin, we’re all in the same boat as us travelling to the one venue.

"It’s hugely exciting, there’ll be a good energy but what they’re going to bring, that won’t change.

"We always know what Connacht are going to bring when they play us. It’s the same physicality, it’s the same dangerous ball carriers. We know what to expect.

"In terms of them playing in the Aviva, I don’t think it changes much." 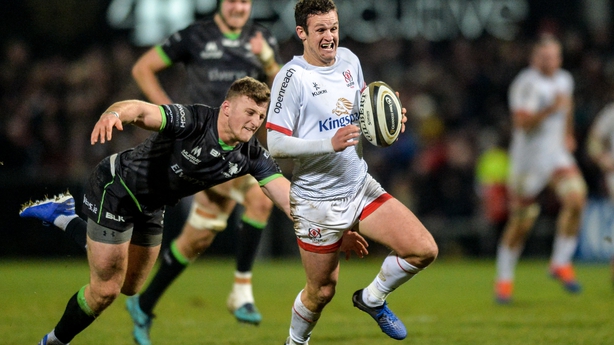 Out-half Billy Burns, who missed out on Ireland selection for the November internationals, says the Westerners, whose record reads played four, won one, are better than their current placing in the league.

"They've been pretty unfortunate with a couple of results that haven’t gone their way," said the 27-year-old.

"They are a strong team and over the past few years they’ve caused us a few problems, twice here (Kingspan) and once at the Aviva.

"We are going to have to play better than what we have done in the last couple of weeks.

"Execution is going to be a huge thing. They have threats all over the park in attack.

"Jack Carty runs the game unbelievable well for them, he’s a huge threat with his kicking game.

"Hopefully, it will be a good day for us." 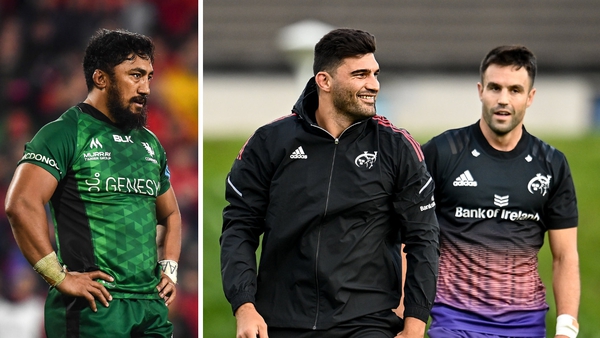 Aki ruled out for Connacht, Munster welcome back Murray and De Allende for URC