Both sides met at the Ryan McBride Brandywell Stadium on Friday in what proved to be a scoreless stalemate.

For Shamrock Rovers, it came in between two Europa League away trips.

Last Tuesday they beat KF Shkupi in North Macedonia to reach the play-off round - guaranteeing themselves the minimum of Europa Conference League group stage participation - and they play the first leg of that upcoming tie against Hungarian champions Ferencvaros in Budapest on Thursday.

The Hoops had sought to have the Derry City game in between pushed back by 24 hours from its Friday night slot, but manager Stephen Bradley expressed disappointment that the league did not acquiesce to that request.

"For some reason the league saw fit not to help us and I think that's really, really poor from the league and the people making the decisions and it needs to be looked at," Bradley said post-match on Friday.

Speaking on the RTÉ Soccer Podcast, Treacy felt that the fixture should have been delayed by a day to aid the continental progress of the sole Irish club remaining in European competition this season.

Gary Rogers and Keith Treacy discussed the LOI and Shamrock Rovers v Ferencvaros on this week's podcast above.

"The league should have stepped in and pushed it back," he said.

"I understand Derry's point of view. We all do. If you're in that Derry dressing room, you think you might be able to catch Shamrock Rovers coming to Derry a little bit tired and with sore legs. That's fair enough.

"The rest of us, the league, the people from the outside looking in, the neutral are all thinking surely this is going to be put back.

"I think Stephen Bradley's right. The league had to show a little bit of leadership and help them out.

"Shamrock Rovers getting a little rest, trying to help themselves in Europe, like Gary (Rogers) said they'll have a lot of games in Europe now with the group stages coming up.

"The league should have stepped in and pushed it back"

"There won't be too much time now to actually fiddle around with the fixtures. This was one of the chances that they had to fiddle around and give them a little bit of a break.

"They haven't done it and I have to say Shamrock Rovers will be okay domestically. They'll win the league anyway and have a strong enough squad and big enough squad.

"But I do think it is poor from the league. They should have stepped in and (delayed the game) 24, 48 hours, whatever it is.

"But I do understand Derry's point of view and I've no qualms with what they're saying. If I was in the Derry dressing room, I would have been saying the exact same thing. But for me the league should have stepped in and that's really poor from the league." 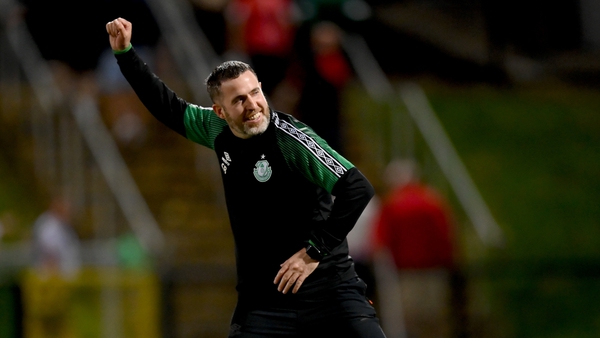