Shamrock Rovers had goalkeeper Alan Mannus to thank for a share of the spoils at rivals Derry City.

The veteran net-minder kept out Will Patching's first half penalty and also made a big save to deny Michael Duffy, as the home side dominated things after the break.

Ruaidhri Higgins' side were always on the front foot in the second half, but with a bit more luck they would have deservedly claimed the victory.

The Candystripes were always a threat but for Mannus and the woodwork they would have closed the gap on the champions at the top of the table.

City missed a golden chance to take the lead on 37 minutes after referee Paul McLaughlin eventually awarded a penalty after Lee Grace had handled inside the box.

After Rovers' protests were waved away, the usually reliable Patching saw his side-footed effort from 12 yards saved by Mannus, the Rovers keeper diving low to his left to keep out the tame strike.

The league leaders were forced into a change on 48 minutes as Burke had to be replaced by Jack Byrne and that change didn't affect the visitors as minutes later Sean Kavanagh saw his left-footed strike from the edge of the box saved by a diving Maher.

The home side made a double change themselves on 57 minutes with James Akintunde and Duffy replacing Jamie McGonigle and Declan Glass and that energy sparked City into life.

In fact they were inches away from taking the lead as Patching found Duffy, but the ex-Dundalk man's close range side-footed strike was superbly tipped around his left hand post by Mannus. Derry were denied by the woodwork on 65 minutes as Patrick McEleney picked out Ryan Graydon, but the right winger's low angled drive, which had Mannus beaten, came back off the post and the keeper kept out McEleney's follow-up effort. 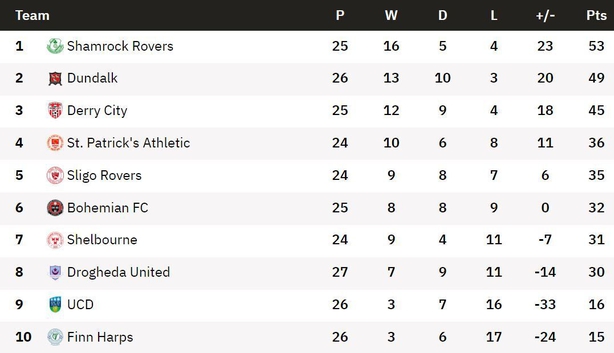 Patching drew another save out of Mannus on 82 minutes, this time the talented midfielder saw his left footed strike gathered by the ex-Northern Ireland international. 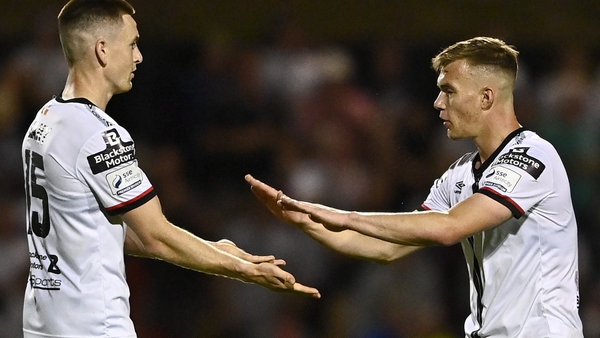