In 2020, Peamount United secured a dream double. But can they hold on to their crown this year or will a new champion emerge in the SSE Airtricity Women's National League?

The nine-team competition's new season gets underway on Saturday, with all but DLR Waves kicking off their league campaigns on the opening weekend.

A mid-season break will come from 7-25 June before the FAI Women's Senior Cup begins on the last weekend of July, with the showpiece for that set for 20 November.

But from now until early summer, all clubs' attentions will be squarely focused on the league which provided an enthralling battle between Dublin rivals Peamount and Shelbourne last year.

So how are the clubs set for this opening weekend?

Last season was all about new experiences for Bohemians as they made their WNL debut. That maiden campaign saw the club finish bottom of the division with one win from 11.

But the opening weekend will see them start off against the club who finished directly above them in 2020 in the shape of Limerick's Treaty United.

Bohs' management team of boss Sean Byrne and assistant and goalkeeping coach Pat Trehy remain in place but there have been off-season changes within the squad. 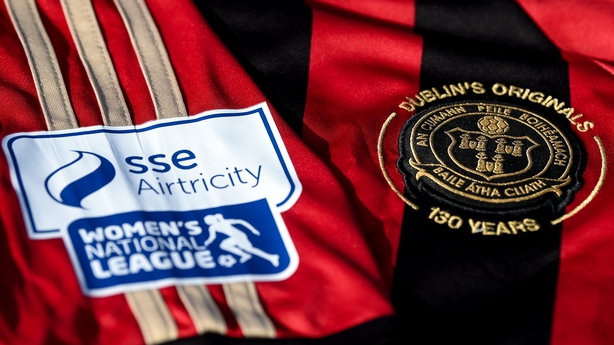 While Bohs did not make a change in management, Treaty United, who were also a new entity in 2020 after the exit of Limerick, have as Niall Connolly takes charge in place of Dave Rooney.

Captain and former Ireland international Marie Curtin has also retired from playing but the 35-year-old, who has a long-standing interest in coaching, will be part of the backroom set-up.

Shelbourne pushed Peamount all the way last year, before being beaten in the title decider. They come into the 2021 campaign with a new manager, Noel King, the former Republic of Ireland's men's Under-21 boss.

And they have made some big signings including securing the arrival of attacking midfielder Saoirse Noonan from Cork City, while Amanda Budden, Jessica Stapleton and Rachael Baynes will also be calling Shels home this season.

Athlone Town, meanwhile, come into this second season off the back of a solid debut campaign which saw them finish above the bottom two places.

Aside from goalkeeper Niamh Coombes' departure to Bohs, captain Paula Doran was also among those to leave. But manager Tommy Hewitt was able to bring in Abbiegayle Royanne to fill the void in goal while Catherine Hyndman will strengthen the defence which will be tested against Shels.

Between them, these two have won six of the past seven titles but it's Peamount who are aiming for a third league crown in a row this season.

The reigning double winners have largely stuck with the same squad in a show of stability from manager James O'Callaghan with Chloe Smullen, Orla Fitzpatrick the only arrivals and only a handful of exits.

Given their success last season and the talent available in the shape of last season's WNL top scorer Aine O'Gorman, cup final star Stephanie Roche and reigning WNL Player of the Year Karen Duggan to name just a few, there was little reason to make wholesale change and they will be tipped to be in the running for the league again when the dust settles.

Wexford, meanwhile, have not made a huge raft of changes either. Kim Flood, Kate O'Regan, Freya de Mange, Lynn Marie Grant have been brought in, with Blessing Kingsley going in the other direction as Tom Elmes' squad try and close the gap on the top two after last season's third-place finish.

Ellen Molloy, who won Young Player of the Season last year, will be hopeful of continuing her meteoric rise and once again capturing Ireland head coach Vera Pauw's attention after international recognition in 2020.

Cork City and Galway WFC were fourth and fifth respectively last season and will be looking to see what they can do to impact on the places above them.

Ruth Fahy is a notable returnee to Bill Clery's Galway squad, which has also been strengthened by defender Chloe Moloney and Rachel Kearns.

Cork reached last December's cup final but fell to a heavy 6-0 defeat. Losing the talismanic Saoirse Noonan is a setback as is the departure of goalkeeper Maria O'Sullivan but Becky Cassin remains at the heart of the midfield and has also stepped into the captaincy role.

Sarah McKevitt also joins from Peamount to bolster the forward area of the team.

The south Dublin side sit out the opening weekend this time but will kick off their season at home to Wexford on 3 April.

Graham Kelly's side will be hoping to improve on last season's sixth place finish with Kate Mooney from Shelbourne among the new signings for 2021. 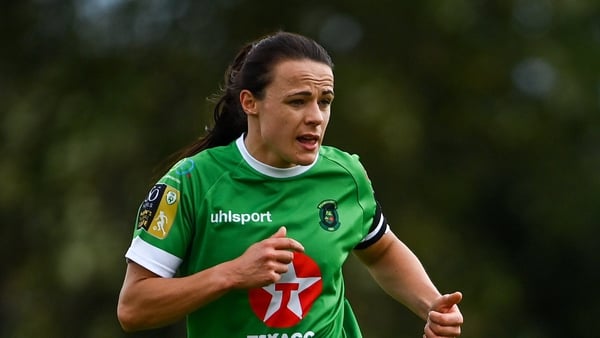