Bray Wanderers gave themselves a morale-boost as they put the brakes on Bohemians’ recent revival to take a first point in five outings from a dour SSE Airtricity League Premier Division clash at Dalymount Park.

It was a game of few chances and fewer thrills but Bohemians could have snatched all three points in the dying stages.

In a late flurry, Dano Byrne might have won it for Bohemians. The lively Fuad Sule picked him out with a weighted diagonal ball with the big defender flashing his powerful header wide across goal. 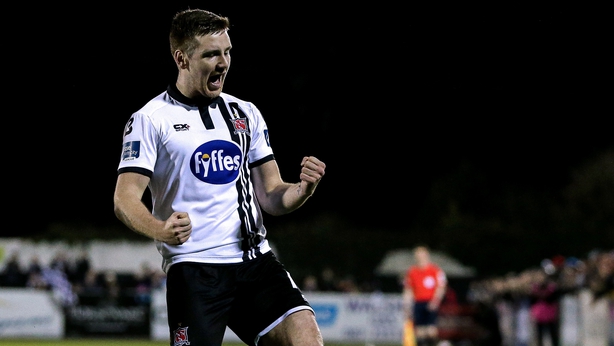 Another Patrick McEleney wondergoal set Dundalk on their way to a comfortable win against a Limerick side who are now mired in a relegation dogfight.

His ninth goal of the season will certainly have caught the eye of any interested parties.

Hauled down by David O'Connor on the edge of the box, McEleney dusted himself down to arrow a stunning 20-yard free-kick past the helpless Brendan Clarke just past the half hour. 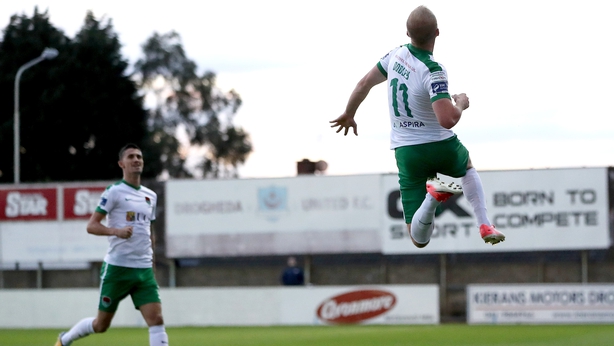 The Leesiders started like a team looking to bounce back from Monday’s shock defeat and after only 31 seconds Connor Ellis took a Stephen Dooley pass in his stride and rounded Drogs keeper Stephen McGuinness before firing wide of the target.

Drogheda had their chances and might feel that they deserved a point but Cork's class at the back told in the end and they took another step towards the title. 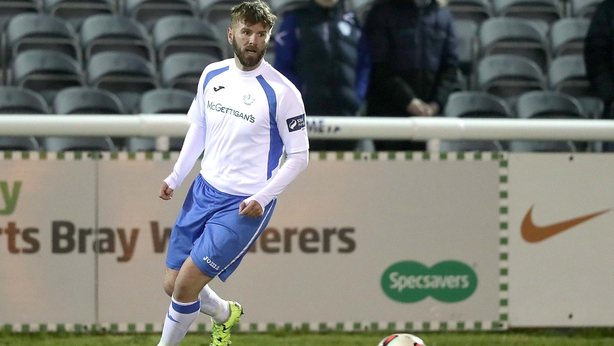 Galway United gave their hopes of staying up a huge boost as the beat 10-man Finn Harps in Ballybofey.

Gavan Holohan opened the scoring on 13 minutes with a neat finish. Harps should have been level just short of the half hour only for Galway goalkeeper Conor Winn to push away Eddie Dsane's spot-kick.

Dsane atoned for his error as he headed Caolan McAleer's cross past Ciaran Gallagher seconds before the break.

Ollie Horgan's side were reduced to 10 men early in the second half when Paddy McCourt was dismissed for a second booking. United never looked back as Ronan Murray netted a brace to hand the Connaught men their first win on the road in the league this year. 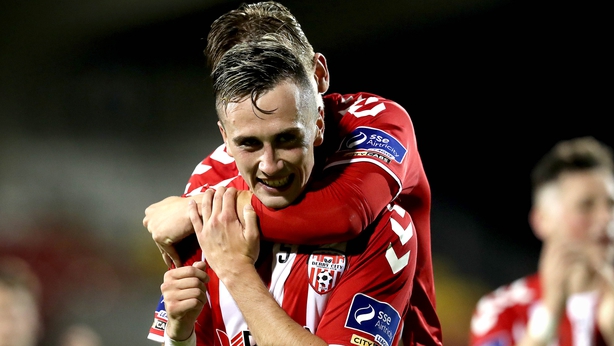 Derry City moved eight points clear of Shamrock Rovers in race for the third and final automatic European spot with a 2-0 win over the Hoops at Tallaght Stadium.

Aaron McEneff's long-range strike midway through the second half and an injury-time finish on the break by Barry McNamee earned the Candystripes a clean sweep of victories over the Hoops.

Gary Shaw hit the post as injury time approached but it was McNamee who had the last word, chipping expertly into an empty net after Chencinski had come forward for a corner.