Cork City stretched their unbeaten run in the SSE Airtricity League to 18 games as they deservedly defeated Limerick 4-1 in the Munster Derby at Turners Cross on Friday night.

Stunning strikes from Stephen Dooley and Jimmy Keohane and a clinical brace from Sean Maguire was enough for City to maintain their 18 point lead at the top of the division at the expense of a Limerick side, who had levelled with a Rodrigo Tosi penalty. 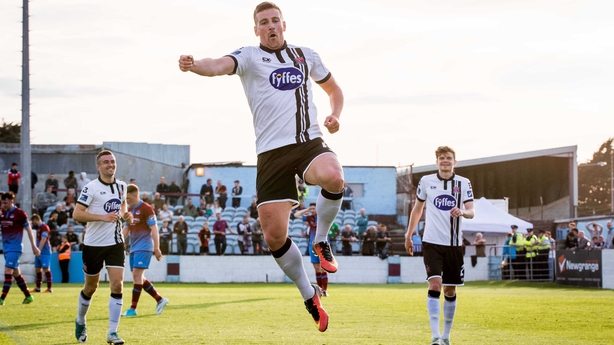 Dundalk may have conceded defeat in the title race, but they remain firmly on course for a second-place finish following this derby rout against 10-man Drogheda at United Park.

Stephen Kenny's men were ruthless as they hammered their near neighbours, with Patrick McEeleney's superb individual effort just before the break the pick of the bunch.

A second-half comeback earned Bohemians sweet revenge for a 4-0 reversal at Dalymount Park back in March as they won this frantic Dublin derby to keep St Patrick’s deep in relegation trouble, second bottom of the SSE Airtricity League Premier Division table.

St Pat's had the better of the first half and were good value for Alex O’Hanlon’s lead goal.

But Bohemians stormed back after the break with strikes from Oscar Brennan, Dinny Corcoran and Gerogie Poynton. 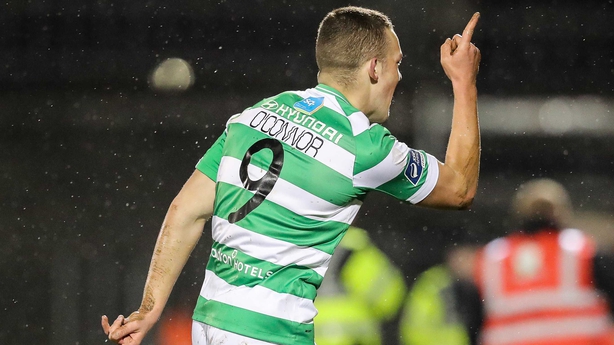 Michael O'Connor's 43rd-minute goal was enough to see Shamrock Rovers capitalise on Derry's defeat to Bray and move into fourth place in the Premier Division as they beat Finn Harps 1-0 at Finn Park.

O'Connor, who was up against his older brother Ciaran on the opposite side, decided the game with a well timed header as he latched on to Simon Madden's cross to sentence Harps to their first defeat in four outings.

Tim Clancy was the hero for Bray Wanderers as his late goal secured the Seagulls a 3-2 win over Derry City at the Carlisle Grounds – just as it had the last time the sides met at Maginn Park in April.

Clancy struck nine minutes from time after the Candystripes had failed to deal with a Gary McCabe corner and the second-half substitute scrambled the ball home from close range to secure a result that sends Bray above Derry into third position.