James Ryan has been ruled out of Ireland's final Guinness Six Nations match against Scotland.

The second row failed a head injury assessment after a collision with Charlie Ewels in the second minute of Ireland's 32-15 win over England on Saturday. The Bath lock was sent off for the challenge.

"James Ryan will not be considered for selection this week and his return to rugby protocols will be supervised by the Leinster medical team," the Irish Rugby Football Union said in a statement this afternoon.

There was further bad news for Andy Farrell in that department with Ryan Baird, who had started the Italy game in the second row, also ruled out with a back injury.

Tadhg Beirne and Iain Henderson, who replaced Ryan at Twickenham, will be likely to start in Saturday’s game at the Aviva (4.45pm), where Ireland could win the Triple Crown or even the championship should France slip up against England later.

Leinster locks Ross Molony and Joe McCarthy, both uncapped, have been called into the squad as cover.

Molony has been involved in Ireland squads since the summer of 2021 while McCarthy, a former Ireland U20 player, made his Leinster debut against Cardiff in January having impressed for Dublin University in the Energia AIL.

Ulster trio Robert Baloucoune, Nick Timoney and Mike Lowry all return after lining out in the URC against Leinster at the weekend.

Meanwhile, Murphy Walker and Jordan Edmunds have been handed their first Scotland call-ups.

Glasgow prop Walker and Scotland Sevens player Edmunds are joined by Fraser Brown and Scott Cummings in being added to the squad. 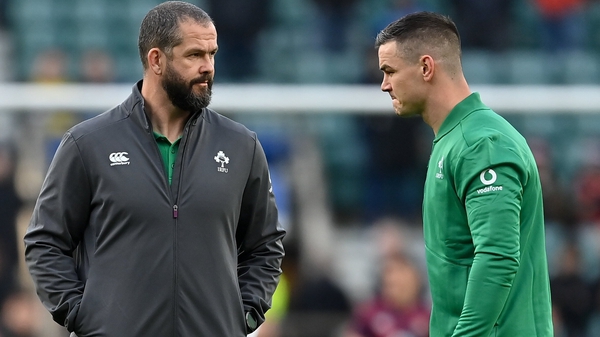 Andy Farrell promises 'team will get answers' from England review