The head coach will have a "very short chat" as the squad and management arrive into the Aviva Stadium and after that the players take charge.

Shorn of 303 caps worth of experience with the loss, through injury and suspension, of Johnny Sexton, Conor Murray, James Ryan and Peter O'Mahony, there is a job at hand for the rest of the squad as tournament favourites France come looking for their first win in Dublin in ten years.

And getting to the correct pitch is vital to Ireland’s chances of keeping their Guinness Six Nations hopes alive.

That Ireland have never lost their opening two games in the Six Nations counts for nothing now. It’s all about this standalone 80 minutes. 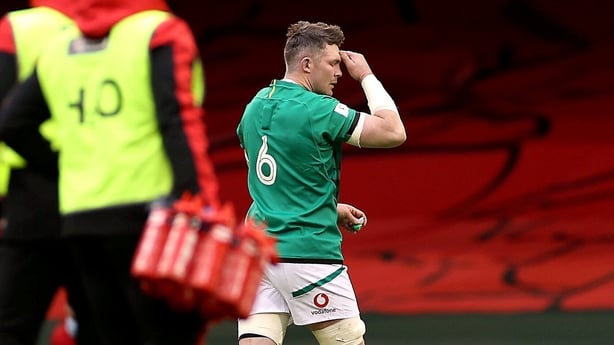 Given O’Mahony, and the rest of the squad, know what’s acceptable in terms of ruck technique and duty of care to opponents, is there something missing in the pre-match huddle?

Are players, hyped up on talk of winning collisions, dominant tackles, gain-line success and laying down markers, still in control when they cross the whitewash?

"There is always the blend of getting the right emotion and I think we’ve been pretty good at that," Farrell told RTÉ Sport.

"The blend isn’t to be old fashioned and beating the chest coming out for an international rugby game.

"The blend is being calm enough and primed enough to be accurate, first and foremost, and I suppose that’s how it should be and that’s how it will continue for us."

And at the age of 29, winning his 60th cap, it falls on the broad shoulders of Iain Henderson to ensure that in the helter-skelter of a match set to be played out in wet and windy conditions in Lansdowne Road, the collective mindset stays cool.

Recent signs are promising. Replacing Ryan 24 minutes into the game at the Principality Stadium, Henderson stood up as Ireland played some of the best rugby seen under Farrell, who took over at the end of 2019.

It was almost enough to get Ireland off to a winning start but ultimately the strain of playing with 14 for so long took its toll. 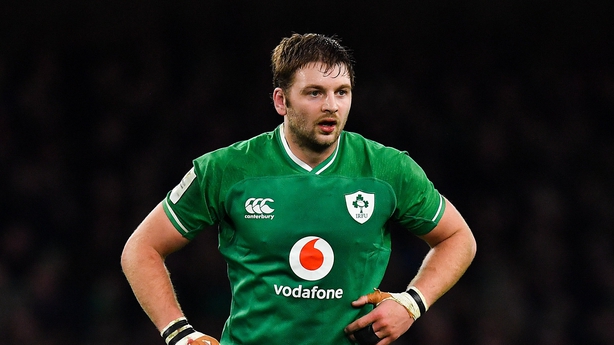 "He’s always been a bright guy that analyses things deeply," said Farrell of his stand-in skipper.

"He’s got a real sense of care for his team-mates, he can rationalise his thoughts on what others are going through and really bring a calmness to the squad.

Rhys Ruddock has earned a first Six Nations start and Andrew Porter keeps Tadhg Furlong at bay. The pack also boasts one of Europe most in-form players in Tadhg Beirne.

Last week the Munster second row made 21 carries, hit 48 rucks and made 10 tackles as well as scoring a try and helping out with a few turnovers. 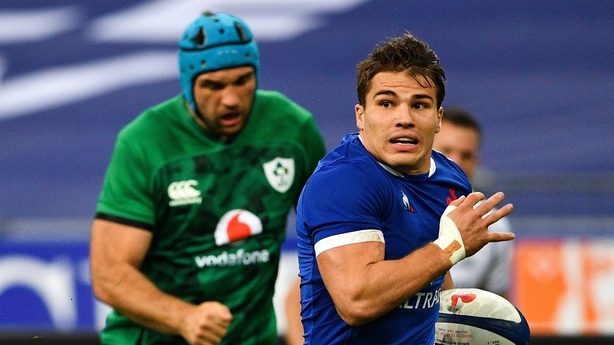 The biggest concern, and highlighted by the outpouring of justified praise for scrum-half Antoine Dupont, is the lack of experience at half-back for Ireland.

None other than New Zealand’s Aaron Smith, regarded as no slouch in that position himself, trumpeted on Twitter.

"No one is near him [at the moment]. He’s the point of difference for both his club and country. He’s helping me look at parts of my game to improve." Praise from Caesar indeed.

You may also recall he was at the heart of Les Bleus’ victory in the last championship meeting against Ireland, the 35-27 defeat at the end of October, chipping in with the opening try and assisting Romain Ntamack’s killer score at the start of the second half.

So Billy Burns, who Farrell says has "been great...and trained outstanding" after his late high-profile miscue against Wales, and Jamison Gibson-Park have their work cut out.

"We are all confident in them," said Keith Earls. "We know how talented they are and when they do click it will be just as good as Conor and Johnny."

So Dupont will be a focal point but that doesn’t mean Ireland can look past the rest.

The pack boasts captain Charles Ollivon, Bernard Le Roux, and Paul Willemse, while out the back Matthieu Jalibert, in for the injured Ntamack, Gael Fickou and Arthur Vincent can win games on their own.

Teddy Thomas, a nuisance for Ireland over the years, is deemed good enough to make the bench.

"We will have to adapt to this change," said France boss Fabien Galthie of the hosts’ new half-back pairing. "It won't change the way they play too much.

"We will have to block them at the ruck exits because Gibson-Park likes to carry the ball. Burns is of the same calibre. This team is experienced."

Despite the jarring deflation immediately apparent following the final whistle in Cardiff, there was a real sense that Ireland had made progress.

Bit by bit, culminating in Friday’s confirmation that Sexton and Ryan hadn’t made it through the HIA protocols, that confidence, appears to have ebbed away.

The intervention of a French doctor, who should know better, making ridiculous comments (and subsequently withdrawing them) about Sexton’s concussion issues was an unnecessary distraction during the week. 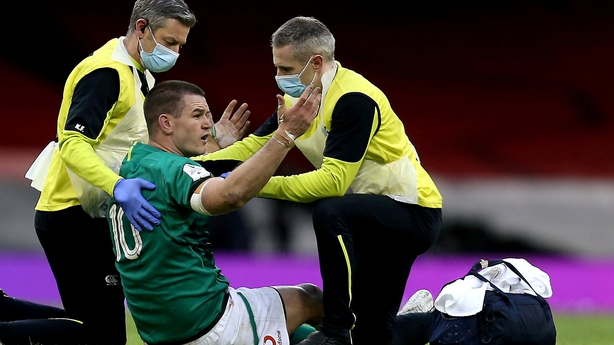 "It stunk," was Farrell’s summation of the episode.

Unusually for an Ireland-France game there is no need to throw out the 'what France is going to turn up’ cliché.

This is a France outfit that looks settled and focused.

The untimely injuries are a terrible pity for Ireland because they were building, and they are about to come up against a team firing on all cylinders.

International rugby is not about playing a perfect game or everything going right.

It’s about restricting errors to a minimum and playing with the right tempo to force their opponents into mistakes.

Ireland host France on Sunday and will do so without Johnny Sexton [head injury] and Conor Murray [hamstring] but head coach Andy Farrell still believes his side have enough to get the result. pic.twitter.com/VVBaQ3IL2o

This is a do-or-die game as far as Ireland are concerned so motivation won't be an issue. And what have we learned so far from this tournament, in terms of results?

"It's so vital that we [are] focused," former France international Serge Betsen told RTÉ's Saturday Sport.

"Discipline is a key, patience is another one, and enthusiasm to play to your best ability."

It’s a checklist that France have often failed to tick.

You get the feeling that Galthie has it covered this time.

Follow Ireland v France (kick-off 3pm) via our live blog on RTE.ie and the RTÉ News app or listen live on RTÉ Radio 1's Sunday Sport. Highlights on Against the Head, Monday at 8pm on RTÉ2 and RTÉ Player.