Ireland captain Johnny Sexton will miss this Sunday's Guinness Six Nations game against France having failed to recover from injury.

The out-half was withdrawn in the 69th minute of the defeat to Wales last weekend, and was following head injury assessment return-to-play protocols but has been omitted with Ulster's Billy Burns earning his first championship start on his fifth cap.

Likewise, James Ryan misses out, the lock was also removed from play against Wales for a HIA.

Experienced scrum-half Conor Murray is not named in the squad after suffering a hamstring injury, with Jamison Gibson-Park starting.

"Ireland captain Johnny Sexton and vice-captain James Ryan have not hit all their markers this week in the return to play protocols so are not considered for selection... Conor Murray picked up a hamstring strain," said the IRFU.

Asked about the timeline of events which ruled out three of his most experienced leaders, head coach Andy Farrell said: "Johnny, yesterday didn't come through the HIA protocols.

"James, earlier in the week and we've just found out about Conor.

"I found out 15 minutes ago actually, he went for a scan on a slight hamstring trouble that he picked up yesterday in training."

Farrell has, as expected, promoted Iain Henderson, who has been handed the captaincy for the first time, to start the Dublin clash in the second row alongside Tadhg Beirne. 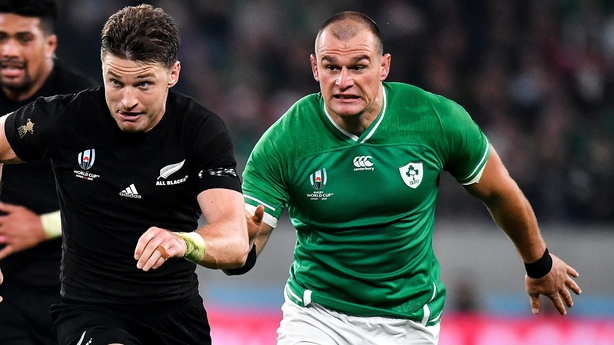 "He's been resilient," said Farrell of the 30-year-old Leinster forward.

"He’s had a few ups and downs in his career between injuries, and long injuries at that. You say about it being his first Six Nations start, there’s a reason for that because of the injuries he’s had.

"Resilience is in the guy and he personifies that as regards not being selected over the last year or two and then playing really well for his province and earning the right to start this big game at the weekend."

The rest of the pack is the same as started in Cardiff: Cian Healy, Rob Herring and Andrew Porter making up the front row. 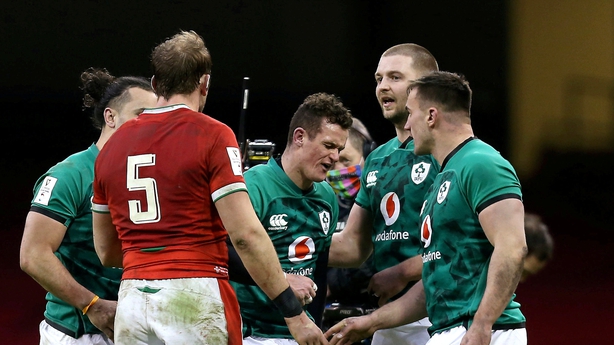 Burns will have experience outside with Robbie Henshaw and Garry Ringrose in the centre. The fly-half came under fire last weekend for missing a late kick to touch and Farrell has backed him to overcome that criticism.

"He’s a proper footballer and he realises it is what it is. Everyone makes mistakes and at international rugby he understands the extent of that.

"He’s a true professional, his team are right behind him and he’s trained outstanding this week."

Keith Earls and James Lowe retain their places on the wings, with full-back Hugo Keenan completing the line-up.

Once again, Tadhg Furlong starts on the bench alongside front rowers Ronán Kelleher and Ed Byrne.

Connacht’s Ultan Dillane and Leinster’s Will Connors are the other forward replacements.

In total there are eight changes to the match-day 23 but Farrell rejected the suggestion that it would cause a lot of disruption.

He said: "Not for us. We're excited about it. We’ve obviously lost a few experienced players during the week but one man’s loss is another man’s opportunity.

"The squad is united in the challenge ahead."

France head coach Fabien Galthie made two changes for his side's trip to Dublin. Anthony Jelonch comes in for Dylan Cretin in the third row and Damian Penaud starts instead of Teddy Thomas on the wing as Galthie looks to adapt to the Irish game.