Rhys Ruddock won't be found wanting if he gets the nod to start his first ever Guiness Six Nations game, according to Donal Lenihan.

The Leinster flanker has won 26 Ireland caps but none of his 12 starts, since his debut against Australia in 2010, have come in the Six Nations.

With Andy Farrell set to name his team to face France on Sunday later this morning, it appears that the 30-year-old will come in to the back row for the suspended Peter O’Mahony.

Lock James Ryan, who was replaced after 24 minutes of the defeat to Wales following a head injury, is also set to miss out, while Johnny Sexton was undergoing return to play protocols this week.

"Ruddock is one of the unsung heroes of Irish rugby," Lenihan told RTÉ Sport.

"He always seems to be pressed into action in emergency situations. He’s done it so many times in the past.

"I was surprised to see that if he does start it will be his first start in a Six Nations game.

"He has never let Ireland down. He’s Leinster’s go-to man in so many ways. I’m happy for him that he gets an opportunity. 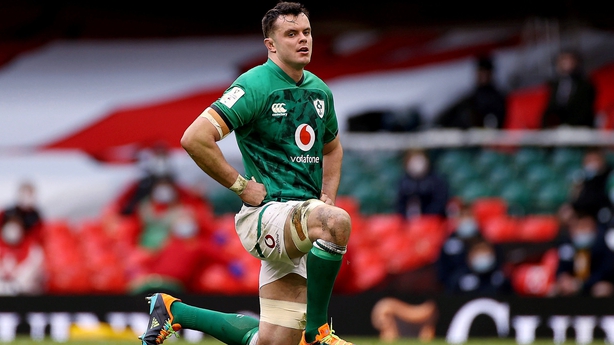 "It looks as if James Ryan is going to be out and he’ll be a massive loss. It impacts on your bench because Iain Henderson, who did so well coming in for Ryan last week, comes in to start.

"But overall, the loss of Ryan would be huge."

Tournament favourites France, who haven’t won in Dublin since 2011, beat Italy 50-10 last weekend and Lenihan, a former Munster and Ireland captain, reckons they can sink the hosts' title hopes.

"I think it’s doing to be difficult," he said.

"Weather conditions are something that might impact on France. They had a beautiful balmy day in Rome.

"I think Ireland are going to have to pull something special out of the bag to win this one.

"France are favourites and I think, unfortunately, they may have enough to get over the line."