An ill-disciplined Ireland lost their opening Guinness Six Nations game to Wales after playing for 66 minutes with 14 men.

Peter O'Mahony was sent off for dangerous play in the opening quarter and, despite rallying to earn a 13-6 half-time lead, Ireland were unable to hold on against a Welsh outfit who had only won three of their last 10 games.

Tadhg Beirne scored Ireland’s only try but second-half scores from George North and Louis Rees-Zammit, and the boot of Leigh Halfpenny saw Wales over the line to relieve the pressure on boss Wayne Pivac.

Ireland's replacement out-half Billy Burns also had an unfortunate cameo - inexplicably overcooking a last-gasp penalty, the game ending when he failed to find touch in the corner.

The opening 24 minutes played out like Andy Farrell's worst nightmare, a checklist of everything that could wrong.

Halfpenny opened the scoring with a simple penalty on five minutes after O'Mahony came in from the side. 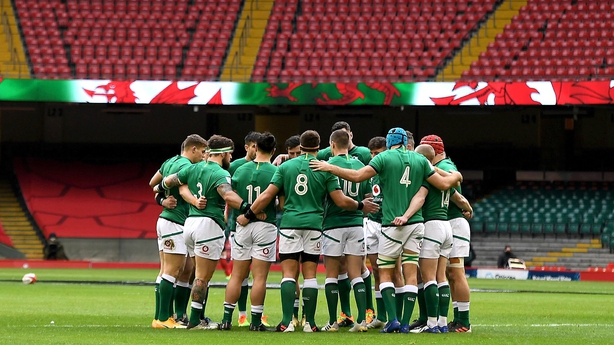 Wales, who offered very little cutting edge with ball in hand, built on sloppy handling errors from Josh van der Flier and Keith Earls and were comfortably holding Ireland at bay before the Munster captain’s moment of madness in the 14th minute.

In real time, referee Wayne Barnes cleared O’Mahony but when his attention was drawn by TMO Tom Foley there was only going to be one outcome. 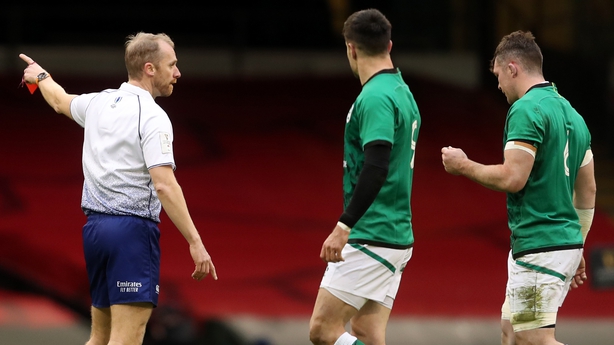 Careless ruck technique has become a bad habit of the flanker’s and each replay looked worse and worse for the ex-Lions captain. Like a "chicken wing" was Barnes’ description of the O’Mahony arm, which made direct contact with the head of Tomas Francis.

O’Mahony shook his head as he left the field, knowing full well his egregious error.

However unlikely it seemed, Ireland began to play.

What had been a laboured attack started to make inroads, with Robbie Henshaw, Garry Ringrose, Hugo Keenan and James Lowe to the fore.

Sexton landed two penalties in the 29th and 35th minutes to level the game as Wales lost their discipline in defence. 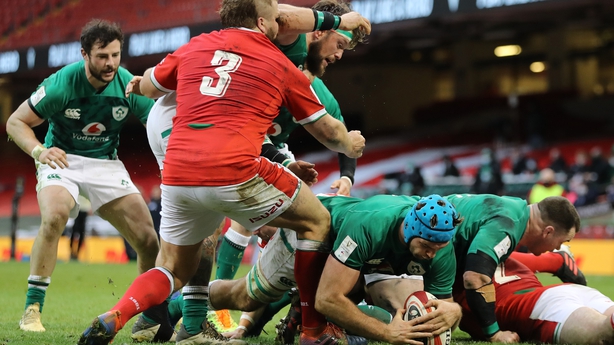 A lineout steal following a monster clearance from Lowe paved the way for Beirne to score his fourth international try.

The outstanding Henshaw cut back inside and fed Van der Flier who correctly decided not to reach for the line when inches short.

Beirne, outstanding throughout, was on hand to flop over the line for a try that Sexton converted for a 13-6 half-time lead.

The question now was, could Ireland sustain the effort?

The answer, ultimately, was no.

Wales stayed cool and waited for their chances, which came via a number of unforced errors by the Irish, who had beaten Wales in their last four encounters.

Ringrose turned a good turnover into a Wales attack by forcing an offload, which went astray and ended up in North's hands and he coasted over for his 42nd try in 99 internationals to reduce the deficit to 13-11 nine minutes after the break.

Ireland lost Henshaw for 10 minutes to a HIA, from which he returned, but the tide had turned. 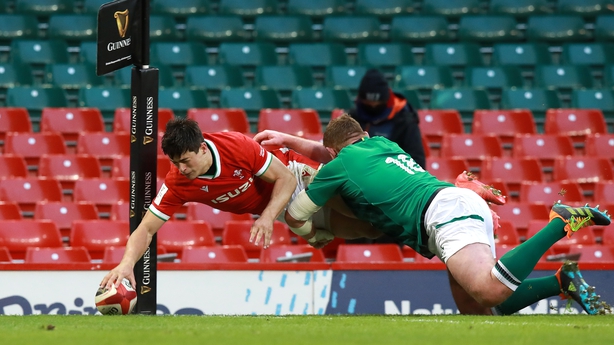 Earls took a man out in the air before kicking out on the full moments later. Wales were playing a penalty advantage for a high tackle by Conor Murray when debutant Rees-Zammit dived over in the corner, this time Halfpenny converting.

Beirne went offside, according to Barnes, with 14 minutes to play and the full-back made it a two-score game with his third penalty.

An accidental collision between Sexton’s head and Justin Tipuric's knee forced the captain off minutes later and despite Burns' 72nd-minute penalty, Ireland had left themselves too big a mountain to climb.

There was a final foray into Wales territory deep into overtime but Burns somehow overcooked his penalty kick to the corner and Ireland blew their last chance.

France are the visitors to Dublin next Sunday.

Highlights on RTÉ2's Against the Head, Monday 8.10pm 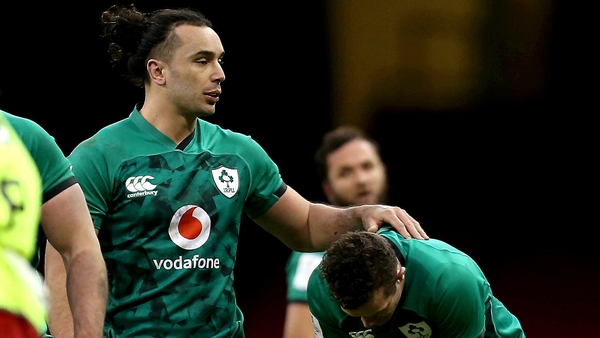