Andy Farrell hopes Ireland can lift the nation's mood when they take on Italy on Saturday but doesn’t want to heap any more pressure on his team’s shoulders than necessary.

Ireland host the Italians on Saturday in what will be an empty Aviva Stadium, with Covid-19 regulations denying supporters the chance to cheer on a team that still has a championship within sights.

Two five-point wins from the remaining games, including Saturday week’s trip to France, will ensure Farrell, who took over from Joe Schmidt just a year ago, starts with a title.

"We all know what kind of times it is," said Farrell when asked about how a good performance from the side can provide a welcome distraction from coronavirus restrictions.

"We can all talk about the responsibilities that we have.

"We are desperate to help lighten the mood but we can't put any more pressure on our shoulders.

"How we lighten the mood is look after our own back yard and make sure that the performance is fitting for what people want to see."

Farrell oversaw two wins, against Scotland and Wales, and a sobering loss to England, before the shutdown.

Travel restrictions also denied the former dual code England international the chance to further stamp his own style on the side when the two-Test summer tour to Australia was cancelled.

But he won’t use that as an excuse and laid out what he expects from his team.

"I hope that you see an energy in defence that is pretty ruthless," said the 45-year-old.

"I hope that you see a dynamism in our contact skills that gets the ball back. I hope you see a set-piece that is one that is aggressive and going after them. 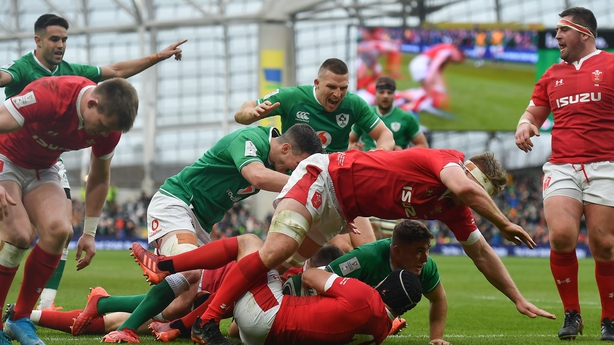 "On the back of that, we hope to get some opportunities to play and be clinical. That's what we're hoping for but obviously the Italians will have something to say about that, knowing Franco [Smith, Italy head coach] and the way that he wants to play.

"I've heard that they've had quite a few camps and their preparation would have been pretty good.

"They have nothing to lose and I like the style of rugby that they want to play. They're throwing the ball around and they'll be dangerous on Saturday so they'll have a shout in how we play as well.

"[As for] playing off the cuff, that's not such a broad term that it means to do anything you want.

"Decision-making is seeing pictures and being ahead of the game and backing the pictures that you see because it's the right thing to do by the team.

"Decision-making isn't just playing off the cuff. It's being able to play what you see and being able to shape the team up in accordance with that."

Farrell has handed debuts to Leinster pair Will Connors and Hugo Keenan for the game.

The international retirement of Rob Kearney and injury to Jordan Larmour means that erstwhile wing Jacob Stockdale moves to full-back.

Farrell is confident that the 24-year-old can flourish at 15.

"We've had quite a few sessions under our belt now so we have looked at different combinations and we've been very impressed with Jacob," he said.

"He is learning the trade pretty quickly in the back field. He is learning to adapt and get stronger there. We think he has all the attributes to push forward in that position and there will be elements of his game we need to keep pushing forward.

"What you don't see on the wing with Jacob from time to time is his skill level.

"He has got great vision; he is able to see things and he has great hands as well.

"He hits a brilliant line and you don't always get to do that from the wing. Hopefully we can get him involved as much as we can." 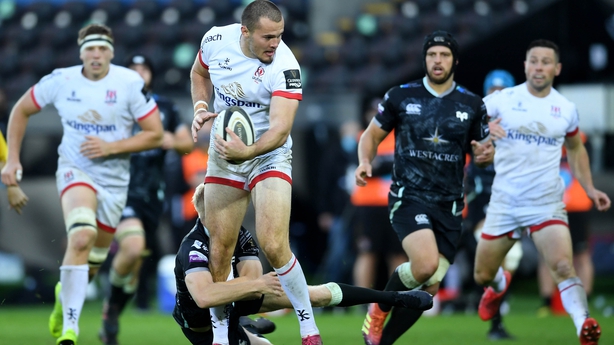 Ulster team-mate Rob Herring, who wins his 12th cap, also backed the 2018 Player of the Six Nations to rediscover his form from two season’s ago.

"Against Ospreys [for Ulster] he had an outstanding game. He’s ready to go. He’s a confident bloke and we can expect a big game from him this weekend.

"He cares a lot about his performances and what he adds to the team but he’s the kind of guy that will work on it and make sure he’s better next time.

"I know the last few games he’s been really good so he’s ready to go."

"It has been seamless for both of them," said Farrell about the Leinster duo’s elevation.

"Ed is certainly a student of game. Obviously being in the front-row, and you might think I'm joking, but he picks things up very quickly.

"He is very knowledgeable. It has been seamless for him coming in.

"Jamison, we all know by watching him play that he is a calming influence.

"He definitely is that to the team. He will add a different dimension when he comes off the bench. Certainly both of them will."