England have had a clear edge on Ireland in recent meetings between these two old foes; in the last four encounters, the Red Rose have a clean sweep.

But there can be no doubt that Ireland have been closing the gap and a win against England appears to be approaching soon.

And in each of those four games Ireland have steadily improved, slowly beginning to unravel how to cope with the physicality and direct nature of England’s strategy.

Of course, rugby gives no guarantees and the battle at Lansdowne Road could well produce a very different type of game to the last two encounters, but one has to feel that Joe Schmidt's side will come into this feeling they are due a win against the men in white.

In opposition to that sentiment it has to be stated that this England side looks a better unit then any of the previous incarnations since 2011, and the pain of losing last year’s championship to Ireland on points difference is sure to bring out a desire and intensity in England that will make this game ferocious.

Indeed, the clash has always been one that has been characterised by high tempos, huge collisions and a passion that is unique, with the countries' intertwined histories adding a sub-plot that will always be engrained in their sporting battles.

Expect no different today (3pm, live on RTÉ 2). This should be the game of the championship: both teams look to be a on a plateau above the other four sides in the competition; and both have the crucial momentum that emanates from blemish free-records after the first two rounds.

If Ireland are to win the bedrock of the victory will be defence. Against both Italy and France it was simply superb and both of the continental sides in the championship failed almost totally to creates doglegs or gaps that loose runners could exploit. Ireland simply must repeat this to have any chance of victory.

Indeed, last year in London, England managed to carve open Ireland’s defence in the second period with Mike Brown creating the space in midfield for Danny Care to cross the whitewash; that try, which stemmed from England’s ability to create space in the Ireland backline was the crucial difference between the teams.

In the 2011 RWC warm-up clash England did the same, with Manu Tuilagi flattening Keith Earls in midfield to claim a five-pointer.

Logic suggests that they will cross the line again today, but if they only do once, and Ireland can maintain a discipline in defence that prevents them coughing up a raft of penalties that should keep England below 15 points on the scoreboard.

It is then up to Ireland to find a creativity in attack that, it must be said, has been somewhat lacking in their last two outings. No tries against France and two against Italy is not a great return and you feel that Ireland may need two to get the job done against the visitors.

The first port of call for this side will be the basics.

England’s scrum is the best in the competition and Ireland will have to match it, as well as the English lineout, to have any chance. Those two crucial platforms are from what both sides will unleash their backline plays, and in a game that is likely to come down to one score, ensuring a near 100% record at set-pieces will go a long towards ensuring enough possession to reap enough chances to do damage to the opposition line. 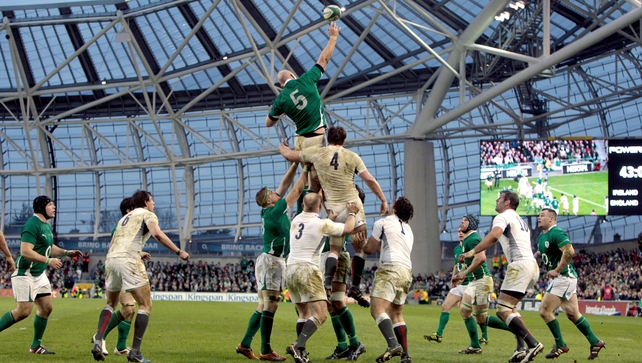 A third element of this is the breakdown. England’s back row have been the most effective trio in this facet of the game in the first two rounds and the champions must negate James Haskell and Chris Robshaw’s ability here.

Jamie Heaslip’s presence will be missed, but if ever there was a chance for Jordi Murphy to prove he is the heir apparent to Heaslip’s throne then this is it. Schmidt describes him as a workaholic around the pitch and he will need to display all of that addiction. If he is not at the level of the other five back rowers it will give England an edge that could prove all the difference.

Outside the pack, England’s strength is their direct running and support lines off each other’s shoulders; this season they have also added an element of unpredictability through Jonathan Joseph and Anthony Watson that makes them even more dangerous going forward then they were in 2014.

The home side need to ensure they reproduce the line speed they showed against France and then some, potentially leaving forward tacklers in the pockets around the centres to provide extra cover should Luther Burrell or Joseph attempt to offload to loose forwards in those areas.

Mike Brown’s absence helps Ireland. Alex Goode is fine player, but Brown is arguably the best player in the England team and his counter attacking threat is vicious.

When Ireland have the ball they need to cute about it. Keeping the ball in hand at all times and trying outplay England all day long is perhaps not the wisest strategy, instead Conor Murray and Johnny Sexton need to mix up the game with kicks to the corner, while also using pre-planned strategies to unleash Robbie Henshaw and Jared Payne.

The performance of Ireland’s two centres looks crucial to the outcome. They have looked supremely solid in defence so far, but they need to show more going forward. If Sexton can unlock their potential, then Ireland’s back three of Rob Kearney, Tommy Bowe and Simon Zebo looks more dangerous then England’s. If they can get an adequate amount of ball you feel they could do damage. 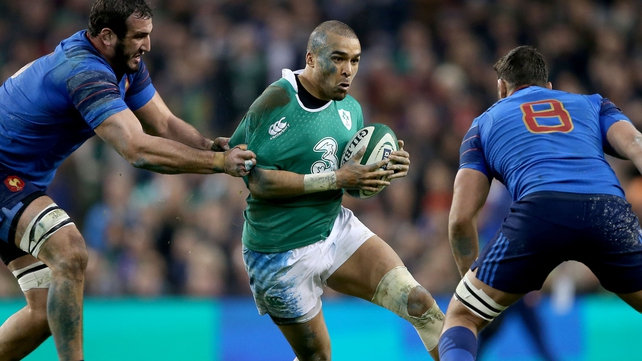 Wales tried to outmuscle England in Cardiff and failed. The only team that has the physical size in this year’s championship is France; if Ireland try that same tactic they will come unstuck. This performance needs to be more about guile.

Taking the lead is also crucial, one feels, if England get their noses in front by two scores they will be very hard to reel in and will keep the ball for long periods, wearing Ireland down through retention and multiple-phase rugby.

Likewise, the last 20 will define the game. Ireland have developed a tendency to play more conservatively in the final quarter of late.

They did so against New Zealand in 2013, as well as against France in 2014 and 2015, and against Australia in 2014. This facet of their psyche needs to be eradicated and they need to work better at maintaining their own tempo late on.

The bench will prove crucial in doing so. The impact and dynamism of the likes of Sean Cronin, Cian Healy and Ian Madigan off the bench looks a tantalising prospect, and the Ireland replacements. as a collective, look to have that little bit more to give. If that proves so, and Ireland find a killer instinct in the backline, this game should give Schmidt a first career victory over England.

Verdict: Ireland to win by three. 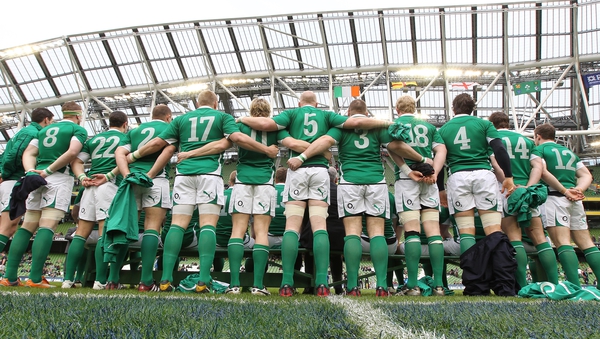 Jordi Murphy starts for Ireland against England in Six Nations