By Tadhg Peavoy in Rome

Ireland’s Six Nations clashes with Italy had proved to be eternally fruitful in the Eternal City since 2000, until Declan Kidney’s side were well and truly sideswiped there in 2013. They lost 22-15. The result finally laid to rest the ghost of Italy’s inability to outsmuscle Ireland.

Indeed, that traditional strength of Italy, power, remains their main threat again this Saturday. Ireland, under their new general Joe Schmidt, attempt to travel south to kick-start a campaign that they hope will reap back-to-back championships for the first time since 1983.

As in all wars and battles, which rugby essentially is at its core, there are many mitigating factors that sway the power of the armies, and give a side a distinct advantage.

And in this skirmish it is Ireland who appear to have the upper hand.  Why? In the most basic of terms: the personnel of the troops.

The talent that won the Six Nations last year under Schmidt forms the spine of the team that lines out in Rome this Saturday. On paper they simply appear to be stronger in more departments than their Mediterranean hosts.

In the pack, Ireland have ball carriers in the form of Jordi Murphy, Sean O’Brien and Peter O’Mahony that could potentially do real damage to the Azzurri, given the platform to run at their hosts.

And this is where the game will really be won or lost.

In the front five, Italy are equal to anyone in world rugby with a front row consisting of Matias Aguero, Leonardo Ghiraldini and Martin Castrogiovanni potentially the best in the championship.

With Josh Furno behind them in the engine room, they will look to take Ireland on at the scrum all day long and reap penalties that will edge their noses in front by a couple of scores in the first quarter. They will then use that same set-piece to kick for the corners and put pressure on Ireland’s back three.

In the back row, Sergio Parisse needs no introduction, the Stade Francais number eight is one of the sport’s greatest players and if his tight five can win him clean possession he will be trusted with leading the cavalry charge at Ireland’s defence in the loose. 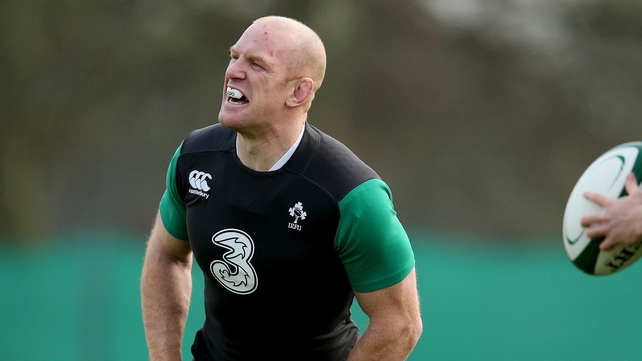 But Ireland have firepower to deal with this threat with their own talisman Paul O’Connell masterminding his tight five’s breakdown game and Mike Ross and Rory Best providing massive experience in the front row.

With the packs as evenly matched as they appear to be, and the rain currently pouring down across Rome, the likelihood is the game will stay very tight for the first hour. Little handling errors will become magnified greatly as space will be at a premium in potentially greasy conditions.

However, if Ireland can weather that storm, and head into the final quarter in a good place on the scoreboard, then one would have to back their firepower out wide to shine when the game opens up.

Conor Murray will be favoured to deliver better possession to midfield than his opposite number Edoardo Gori, and in the centre the combination of Robbie Henshaw and Jared Payne looked devastating against South Africa. The chance to see them paired again is one of the most fascinating aspects of this opening weekend tie.

Outside them, Tommy Bowe and Rob Kearney have both shown form this season that would give an indication they can cut loose if they get field position and possession afforded to them. Simon Zebo’s form for Munster has been mixed this season and he will need a good performance to stave off pressure for the left-wing slot from Dave Kearney. This should be his type of game: physical, but with space to exploit from broken play, and he could very well finally give Schmidt the performance he has been looking for.

Italy’s dangers come mainly in the form of centre Michele Campagnaro and full-back Andrea Masi. Campagnaro has the ability to cut open a defence and go through a gap at will and he will test Payne’s defensive abilities, most especially early on. And Masi loves to counter-attack from kicked possession into his own 22, as well as joining the line as a third centre. Beyond that, Leonardo Satro on the right wing is a superb finisher one-on-one, as is Giovanbattista Venditti off the bench.

Overall though, the Ireland backline just looks to have more of a killer instinct feel to it and if they don’t rack up at least two tries there will be a sense that they didn't quite click.

The unknown factor in all of this is Ian Keatley at out-half. Many expected Joe Schmidt to go with Ian Madigan in the role and the pressure is definitely on for Keatley to show his boss that he made the right call. Keatley has not been rock solid for Munster this season, but he has shown glimpses of an ice-cold nerve and a vision to put the wider men into the right spaces.

Make no mistake, this is the biggest chance of his career. He should deliver enough, with a fine centre pairing outside of him, to make sure Ireland return to Dublin with a victory.

Verdict: Ireland to win by 12

Live coverage of Ireland v Italy (Saturday 1430 at Stadio Olimpico) from 1330 on RTÉ2 and RTÉ Player.