Ulster were the big winners from the opening round of URC action.

Their bonus point win over Connacht was the most dominant performance from the Irish provinces, following Munster's stuttering loss away to Cardiff and Leinster’s unpolished defensive display against Zebre in Parma.

What is becoming increasingly obvious from watching the provinces is how streamlined the attacking systems are, being implemented from the international team down to the four provinces themselves.

While the internationals are still returning to action through pre-season training, Ulster were the team that found the most cohesion. A lot of that was a result of the sheer dominance that Stuart McCloskey and Luke Marshall had in the centre of the field. However, their whole unit seemed to work better than that of Connacht and it certainly looked like a team that is further down the track than Munster too, who are still getting used to their new surroundings.

Munster have changed their attacking system to mimic the Irish attacking system. This isn’t fully evident yet, although there were sparks of some cohesion when Paddy Patterson and Jack Crowley shared the pitch in pre-season and parts of this came out in their game against Cardiff.

A multitude of handling errors and an uncharacteristically poor performance from Malakai Fekitoa in the middle of the pitch changed the look of their attacking shape that has been looked at closely by Paul O’Connell, who has been attending some of the province's training sessions.

Ulster flew out of the blocks in the first five minutes against Connacht. Their set-piece launch-plays and their general fluidity between backs and forwards was impressive. That is much easier when McCloskey is in the form that he’s in, with a physical presence in the middle of the pitch. However, they used his surprisingly slick handling skills to take advantage of Connacht’s narrow defensive line.

Luke Marshall is a serious operator when he’s in full flow, with a similar ability to run square at the line with physicality, but with distribution skills that can turn the defence inside out.

Add Rob Balacoune, Jacob Stockdale, and in-form Stewart Moore and the tactical intelligence of Nathan Doak, and it’s no surprise that Ulster put on a show at the Kingspan Stadium.

Connacht were a lot less fluid in attack despite showing flashes of brilliance on the ball. The national side can have an influence on the attacking shape; however, the provincial coaches will have their own say on how the small details are run and the personnel who are involved in executing this attacking shape.

Connacht used their two centres very narrow and close together from a lot of their launch plays and didn’t really challenge the Ulster defence, besides for some slick handling from Conor Fitzgerald in the opening exchanges of the match.

All of the provinces look to be running with what is known as a 1-3-3-1 formation in attack. Leinster may change that slightly from time to time but that is the general gist of what is going on in possession out the pitch at least. What this means is that they will all play with a forward in both wide channels (from the touchline to the 15 metre-line) and then use two pods of three forwards between the 15s in the middle of the pitch.

Backs will then pick up this 'boot’ or deeper positions in behind the two main pods of three, and in behind any hard running forward lines on the edges.

All of these teams are using the first pod of three as a slight decoy, hitting the middleman of the three forwards, who can then throw a deeper ‘sweep’ pass to the back in position behind them. This back is being asked to engage again with the defensive line instead of running sideways so the defenders have to make more decisions and they can play the next pod of three forwards into some softer shoulders or gaps in the defensive line.

McCloskey is key to the cohesion in Ulster because he commands so much attention in the middle of the pitch. He also has the ability to play with the ball in two hands and he can pull an accurate pass very late and close to the tackle line, so he is drawing in defenders while giving the ball in space to the likes of Billy Burns.

Ulster had a similar cohesion when they dumped Munster out of the URC in a home quarter-final last year, and it looks as though they’ve built on the same foundations for the coming year.

None of the provinces are as fluid as what we’ve seen from the Johnny Sexton-led Irish victories yet, but the context of international standard execution is important here. The national team will be made up of players that can see the right decision and execute whichever skill is needed to break down the defence more often than the provincial standard of player.

"Unexpectedly, the first interprovincial derby was all one-way traffic. Being a World Cup year and with selection up for grabs, you would expect these to be more tense affairs"

It makes sense for Andy Farrell and his coaching staff for everyone in the country to be playing with the same system. It means that everyone can be available for a call up to the national side with a more seamless transition into the system. Every player will pick up a system with enough education and repetition, however, it’s the small behavioural changes that take time to bed in that will be the real benefit of everyone playing within the same constraints.

The downside to this is that on the bigger stages, if you figure out how to break down the Irish or provincial system then you go a long way to breaking down all of the Irish teams. Everyone has different personnel with different strengths and weakness so it may not be that simple, but the blueprint could be there.

With World Cup selection up for grabs this year and a shared attacking framework from the national team, selection and positional form will be somewhat more comparable than when they are when playing in different systems. Farrell will be able to capture how a player might fit into his system easier.

Unexpectedly, the first interprovincial derby was all one-way traffic. Being a World Cup year and with selection up for grabs, you would expect these to be more tense affairs. Maybe it was down to Ulster’s ruthlessness, or maybe it’s too early in the season for everything to click into place but both teams were on different wavelengths in Belfast on Saturday evening.

It’s no surprise that Andy Farrell has liked what he has seen from the Ulster youngsters. Michael Lowry, James Hume and Rob Balacoune were some of the most recent backs being capped by Farrell and others such as Ethan McIlroy, Stewart Moore and Nathan Doak have been included in the Emerging Ireland tour.

That is just mentioning backs, they have a cohort of forwards that are impressing too, with Tom Stewart turning heads in the first round of league action off the back of his player of the match performance.

It’s early in the season yet, but Ulster are off to the flyer, Leinster still got their bonus point despite leaking tries in defence and both Munster and Connacht must wait for another week to get their first win of the season. 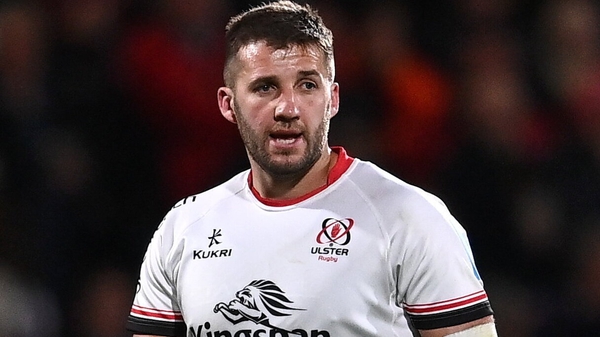