On a night when neither side were particularly good, Ulster were by far the better team.

The rust of pre-season took an edge off this derby, and although Dan McFarland's side produced enough moments of clarity to easily hold off Connacht, they could play better and still lose on another day in the BKT United Rugby Championship.

Andy Friend's side have been have seen plenty of changes in the off-season; a reshuffling of their coaching structure as well as seven new signings and they looked like a team still struggling to stitch it all together.

Ulster's familiarity with themselves proved to be the difference; a strong set-piece establishing possession and territory, and gainline winners like Stuart McCloskey and Luke Marshall who could make it count as they ran in five tries in total to secure a bonus-point start to the season.

After a year on the sidelines, all eyes were on the return of Jacob Stockdale, and while the Ireland wing enjoyed some promising moments, it was Marshall who provided the sparks in the first half when the game looked damp. 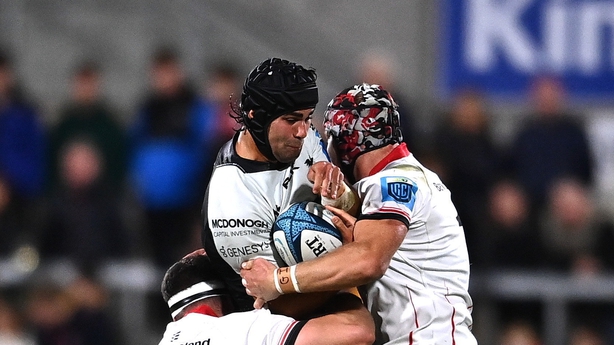 The 31-year-old has endured an awful two seasons of injury, featuring just four times in each campaign, but he was electric at times in the first half, with three line-breaks, as well as the opening try of the game on 27 minutes, before delivering a back-handed offload to Stewart Moore for the bonus-point score just after the hour mark.

That fourth try had come either side of tries for Tom Stewart and Nathan Doak, and although the visitors replied with a breakaway Caolin Blade score on 70 minutes, it was arguably the first and only moment in the game where they really looked threatening. 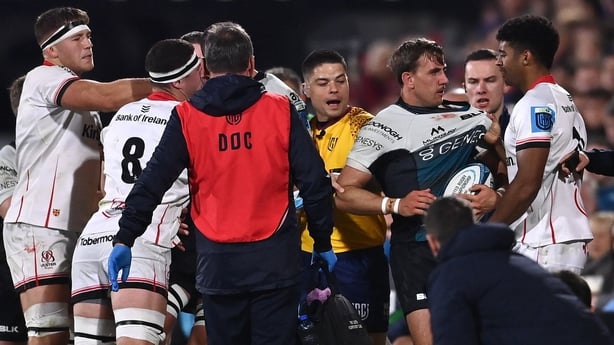 The early exchanges were as expected for early-season fare. Some promising Connacht phases in midfield were ended when they came in the side at a ruck to concede a penalty. A few moments later Ulster's handling was off by inches, as Moore knocked on the ball after a clever loop down the blind side.

They were trading mistakes back and forth; Baloucoune knocked on a simple ball in his own 22, Connacht conceded a penalty off the resulting scrum, before Gavin Thornbury stole it back at the lineout which followed.

As the first quarter wore on, the home side created the more promising openings, the first through Marshall who split his way through the Connacht centre, but the chance came to nothing after Conor Fitzgerald forced an interception.

Shortly after, Stockdale's quick thinking put them back on the attack, launching a brilliant 50:22 in behind the visitors' defence to give his side a promising attack 20 metres from the tryline. Once more, it was snuffed out, as the Connacht defence forced a penalty. 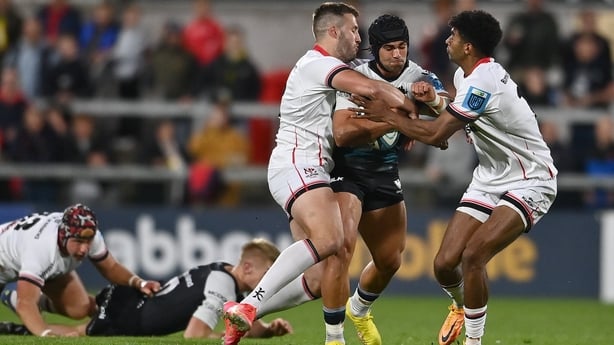 Finally, on 27 minutes, the game sparked, and Marshall broke through for the game's first try, although the score was created by a wonderful piece of skill from McCloskey.

After Connacht conceded a penalty for obstruction, the home side turned down a shot at goal in favour of a kick to the corner. And after winning an advantage off the resulting lineout maul, McCloskey carried hard at the Connacht defence. His run sucked in his opposite number Tom Daly, as Marshall pierced through the gap, gathering his centre partner's one-handed offload to run in under the posts.

Doak's conversion was a simple tap-over and the scrum-half easily made it 7-0.

Ulster looked buoyed by the score, and they came close to a second try moments later when Marshall once again found a gap to burst towards the 22, although this time a scrambling Connacht defence forced Stockdale into a knock-on. 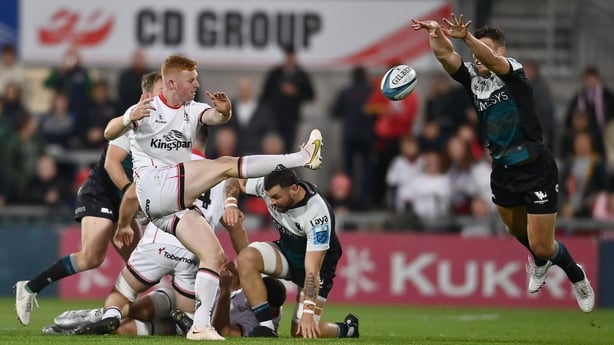 They didn't have to wait long to add to their lead though, as Stewart struck on 37 minutes.

With a lineout in the Connacht 22, Ulster looked to form a maul, but after the hooker spotted the a gap at the fringe, he burst into space, stepping inside the slipping Conor Oliver to dive over and mark his first start for the province with a try.

Doak's second conversion made it 14-0, but Connacht did manage to trim that deficit before the break, Conor Fitzgerald landing a penalty from 35 metres to make it 14-3 after Marcus Rea went off his feet at a ruck.

Four minutes into the second half, Doak restored the 14-point advantage with a routine penalty, Fitzgerald pinged for not rolling away as the Ulster scrum-half made it 17-3.

Connacht were getting on the wrong side of referee Eoghan Cross, four early second half penalties made it 11 on the night, and it led to the score that killed off the game on 51 minutes.

It looked like it would be identical to their second try, Stewart breaking off the back of a maul at speed before being stopped centimetres short, but Doak was on the spot to snipe over the line, converting his own score to make it 24-3.

Connacht launched a brief fightback, venturing close to the Ulster line for the first time in the game, but when the home defence stood tall and forced a penalty, it looked like any chances of a comeback were dead. 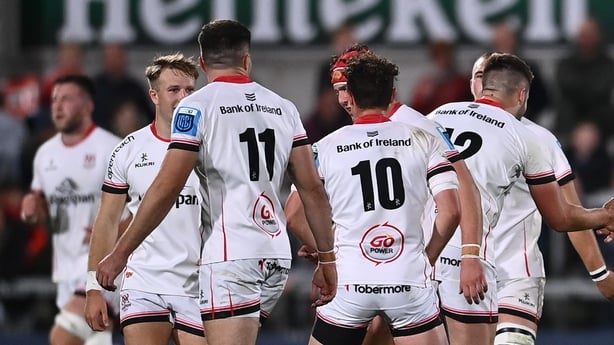 Moore made sure of that on 63 minutes with the bonus-point try. It started with another penalty, as Connacht's Paul Boyle was sent to the sin bin, and after an pick-and-go attempt from close out, they moved wide, Marshall spinning in the tackle and flinging a pass from behind his back to Moore, who dived over to make it 29-3.

On 70 minutes Connacht finally showed a glimpse of their trademark fast attack, as David Hawkshaw and Alex Wootton broke free down the left wing before playing in Blade on the inside to run through and dive over.

Hawkshaw converted to trim the score to 29-10, but they conceded again within five minutes, replacement loosehead Callum Reid forcing his way over from close range to add to the Ulster lead, before Doak's fourth conversion made it 36-10, and cap off a solid if not spectacular start to the season for the hosts. 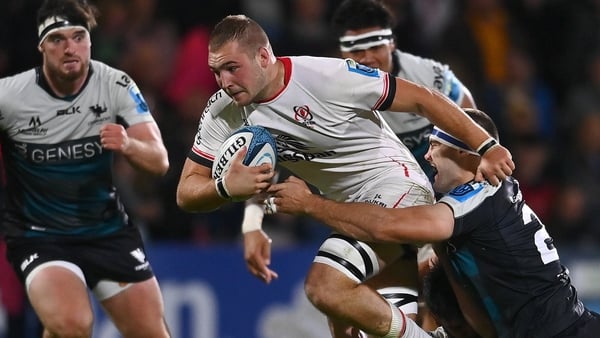