Bernard Jackman says Stuart McCloskey's six Ireland caps "is not fair value" for his performances with Ulster after the centre began the season in impressive fashion.

McCloskey's sublime NBA-style offload put Luke Marshall over for the opening score in their one-sided win over Connacht while his powerful ball-carrying sucked in defenders and created space for team-mates.

The 30-year-old played for Ireland in their non-Test win over the Maori All Blacks in July but it is 14 months since he won the last of his six caps.

Jackman told Against The Head: "He certainly plays big for Ulster. Because he has so few caps, maybe he doesn't feel the love or confidence of the Irish coaches, whether it's Joe Schmidt or Andy Farrell, so when he gets into camp it's hard to be himself.

"Judging him over six games is very little but it's probably a knock-on effect of the quality of competition - Chris Farrell, there are big wraps on Antoine Frisch.

"If he finishes with six international caps, it's not fair value."

Darren Cave, a former team-mate of McCloskey, echoed Jackman's comments but questioned whether he is vocal enough on the pitch.

"The skill for that score was spectacular, but he has been doing that for Ulster for years," said Cave.

"The one area I wonder - he was a lot younger when I played with him but he was a little bit quieter.

"Organisationally Bundee Aki, you can hear him through the ref mic. Robbie Henshaw and Garry Ringrose are great organisers, bringing people in around them.

"I just wonder is that the thing that Andy Farrell maybe doesn't see in him.

"Chris Farrell has been ahead of him as well, James Hume may have slipped ahead of him now. There's loads of good players in there. I don't quite have the answer because he has played some good rugby over the last few years."

Darren Cave and Bernard Jackman voice their concerns for Connacht after their heavy loss to Ulster. #RTERugby pic.twitter.com/NNQWdiZqRa

While Cave was delighted with Ulster's start to the new BKT United Rugby Championship season, he was underwhelmed by Connacht's indisciplined performance in Belfast.

It marked a poor start in what is a daunting start for Connacht, who flew to South Africa on Monday ahead of games against last year's finalists, the DHL Stormers and Vodacom Bulls.

"I had a bit of optimism about Connacht going into that game," said Cave. "They had a bit of a coaching reshuffle, Pete Wilkins got rave reviews in the summer and is back heading up defence. But I didn't see anything. I was really disappointed with them.

"Andy Friend mentioned giving Ulster access through penalties. Their set-piece was poor but again the Achilles heel last year was how easily they let opposition score points and it was exactly the same at the weekend.

"Ulster were on the ropes, there were six handling errors in the first 15-20 minutes, but the set-piece creaked. And those tries, Tom Stewart couldn't believe his luck off the back of a maul. They're just giving teams points."

Jackman had two stints with Connacht during his playing days and he fears their set-piece problems could be exploited by teams in the coming weeks.

"The problem for Connacht is they finished last season quite poorly," he said. "They need a big start and they certainly didn't get that in Ravenhill.

"Usually an Irish interprovincial is tighter. Ulster were quite convincing without being as good as they can be.

"What's worrying for Connacht is they've now shown weakness again at lineout maul time. The reason there was so much space for Stewart was because they were so worried about that maul power. They put extra men in and ended up being weak around the fringe.

"The South African teams they'll face over the next few weeks, along with Munster and Leinster, they'll go after them there. This season could be very difficult for Connacht if they don't find a way of stopping it." 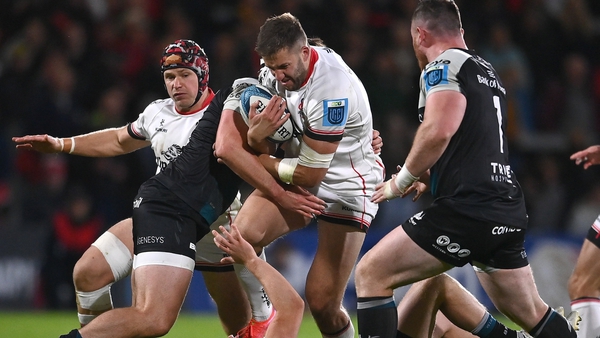