If you didn't know the final score before looking through the main statistics of Ireland's first Test defeat to the All Blacks last Saturday, you'd probably have been surprised to find out about the 42-19 scoreline.

Across a lot of the basic metrics, Ireland performed reasonably well; they had more possession and territory than their hosts, and the mix of carrying (145), passing (204) and kicking (20) suggests there was enough variety in their attack, and they weren't running down blind alleys or taking contact for the sake of contact.

The attacking variety was good all round, with the starting pack combining for 64 carries and 34 passes, again suggestive of a plan that is fluid and cohesive and adaptable.

They conceded fewer penalties, had more defenders beaten than the All Blacks, their eight offloads were double that of the hosts, while their 97% ruck success and 91% tackle success was reasonable and pretty much identical to their opponents.

But there is no better team in the game at shining a light on weakness than the All Blacks, who pounced on every Irish mistake to effectively kill off the game inside an eight minute spell at the end of the first half, scoring three quick tries to leave Ireland with a mountain to climb.

It was a strange Ireland performance across the board. Rather than being undone by a collectively poor display or two or three individuals who never showed up, almost every player on the pitch married several brilliant moments with a couple of individual mistakes. The difference between New Zealand's 42 points and Ireland's 19 was that when Andy Farrell's side made errors, they were also made to pay for them.

Garry Ringrose scored an incredible try to briefly give Ireland hope in the second half, and at times looked like one of Ireland's best players in both attack and defence, but two New Zealand tries came from his errors, with his careless pass leading to Sevu Reece's interception, before he slipped off a tackle on Ardie Savea before the number 8's second try of the game.

Likewise, many of Ireland's worst moments in the game came from players who also provided their best. Dan Sheehan was outstanding around the pitch with a combined 24 carries and tackles, but once again there were issues at the set-piece, with Sheehan (below) twice missing his target at the lineout despite Irish players being uncontested in the air. 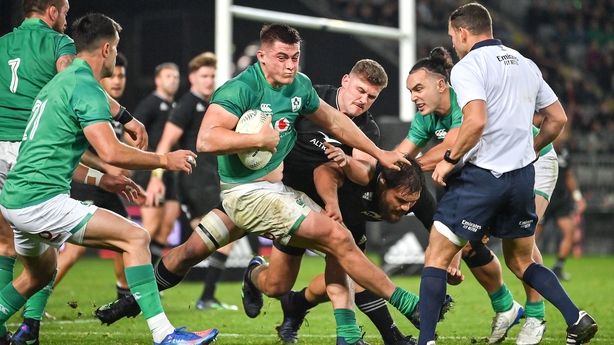 Given the questions Ireland's attack posed of New Zealand, it does provide some hope the tourists can take a victory in either of the final two Tests in Dunedin and Wellington.

But even if Ireland iron out the minor inaccuracies in their general play, there are deeper issues at both scrum and lineout.

When it comes to the lineout, it's often easiest to pin the blame on the player throwing the ball, but a cross examination of Ireland's missed lineouts against New Zealand shows a variety of errors. In the opening half, Sheehan seemingly over-threw the ball to Caelan Doris, who looked to be at the top of his jump when the ball cleared his hands.

Just after the hour mark, the hooker failed to connect with an uncontested throw to James Ryan, although this time the Ireland second row wasn't high enough in the air, either the jump and lift not being quick enough, or the throw arriving too early. Either way, someone missed their trigger.

A minute later, Brodie Retallick read the Irish call and snatched the ball from the grasp of Tadhg Beirne. The throw was what it needed to be, but Ireland played into traffic.

With so many pieces needing to fit, timing and judgement are key at lineout time. Judgement for where to throw to, and timing to get the triggers right between the throwers, lifters and jumpers.

With Iain Henderson out injured, Ryan has been on lineout calling duty, and the Leinster lock is still getting to grips with the role. It was a similar story for Leinster in the URC semi-final defeat to the Bulls, picked off twice at the lineout in Bulls territory in the second half. After the game, Ryan took the blame.

"I called the lineouts this week, I've got to take responsibility for that and make sure the next time we’re playing on the big day the basics are nailed on, whether it’s the ruck or the other things Leo mentioned.

"We weren’t quite at it today and we have to take a long, hard look at ourselves," he said after that Bulls defeat. 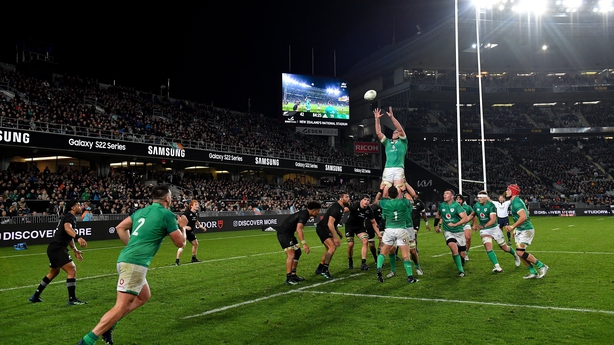 As well as the lineout, the scrum has become a real worry, with Ireland winning just three of their six put-ins last Saturday, a continuation of the recent trend for both Ireland and Leinster, who supply the bulk of the Irish front row.

Looking back on Saturday's defeat, it's obvious New Zealand rode their luck, continually pushing before the ball was fed, and trying to get a 'hit-and-chase' after the scrum was set.

Ireland cried foul after they shipped a handful of penalties against England earlier this year, but as we said before the series began, when it comes to the scrum perception is reality. With so much ambiguity around that area of the game, teams will often be refereed on reputation, and eventually the responsibility falls on a team to make the necessary adjustments.

While Andrew Porter's move across the scrum has worked out for Ireland and Leinster in many ways, it hasn't come without opportunity cost.

The obvious benefit of Porter and Tadhg Furlong getting to share a pitch together is balanced with the fact that Ireland are losing that impact off the bench later in the game.

As a result, there isn't that same trust in Finlay Bealham or Tom O'Toole that there would have been in Porter to replace Furlong off the bench, and as such the Leinster man is having to consistently log more minutes.

In Saturday's first Test, O'Toole was given just 13 minutes off the bench, by which point Ireland were 35-12 down and swimming against the tide. And although one could point to him having had to play 80 minutes against the Maori last Wednesday, recent history would suggest his gametime would have been similar regardless of how much he played midweek.

In the Six Nations, Furlong averaged more than 60 minutes per game, far higher than any other leading tighthead. The only game in which he played less than an hour was the opener against Wales in which he was returning from injury. 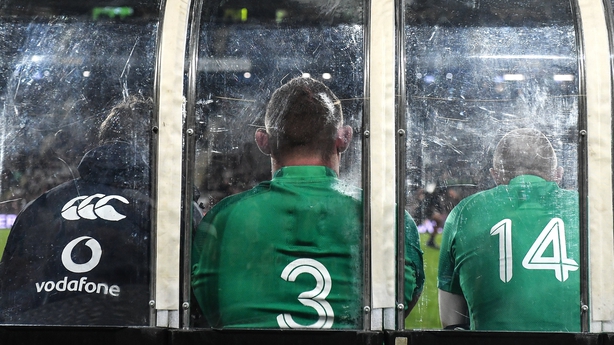 Against France and England, he was kept on until the 73rd and 74th minutes respectively, the reality being that there isn't enough trust in the likes of Bealham and O'Toole to make an impact yet, and with just over a year until the World Cup, it's hard to see either making a significant leap with instalments of no more than a quarter of an hour.

Even against Italy, a game in which Ireland had won by half time, it was the 62nd minute until Bealham was given the opportunity to play.

When both Furlong and Porter occupied the tighthead jerseys, the timeshare of minutes was more balanced, and allowed both players maximise their output. In the 2021 Six Nations, Farrell swapped around his tighthead before the 55th minute mark in four out of their five games.

On the loosehead side, Ireland seem intent on keeping Porter's minutes as high as possible, with the only games during they Six Nations where they called on their replacements early being the final three when the Leinster man was absent through injury.

On the other side of that coin are France, a country who have developed depth in their squad that is the envy of the world, with multiple viable options in each positions. And Fabien Galthie has achieved that through trust.

While Ireland have been reluctant to trust their front row replacements in the last year, France are allowing their bench players to make a significant impact. During the Six Nations, no French front row player clocked more than 58 minutes in a single game, while the longest Uini Atonio had to play for was 55 minutes.

Atonio may be an extreme case, given his size and weight when compared to the average player, but with Cyril Baille arguably being the best loosehead in the world this year, it's interesting to note how France have been using him in comparison to Ireland and Furlong. Even with the Toulouse prop being noted for his stamina, he averaged just 53 minutes per game in the Six Nations. As a result, his deputy Jean-Baptiste Gros is all the better for it.

If Ireland are to build depth in the front row, their replacements have to be trusted to change games rather than see them out. At the moment, that trust doesn't seem to be there. 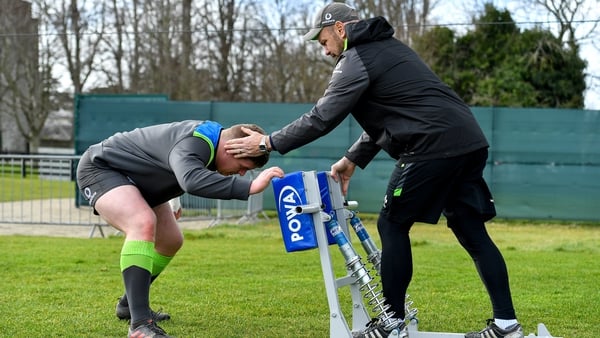