While the Irish scrum is going through a difficult period, you don't have to go back far to find a time when the Irish set-piece was rock solid.

The irony of the current situation is that the men who turned Ireland's scrum fortunes around in the previous decade are now the ones masterminding their downfall.

First it was John Plumtree who solidified Ireland's problems at the scrum in 2013, and when he left Greg Feek took over. By the time Feek departed his role in 2019, Ireland's scrum was one of the most consistent in the game.

Both men now wear All Blacks tracksuits, with Plumtree the forwards coach under Ian Foster, while Feek's work with Ireland saw him headhunted to work the same role in his native New Zealand.

And although both men had to sit out of the All Blacks' training camp last week having tested positive for Covid-19, they made Ireland pay at the scrum in Saturday's first Test in Auckland, with Andy Farrell's side winning just three of six on their own put-in.

Feek, in particular, was instrumental to the development of Tadhg Furlong, now among the very best tightheads in the game

"He's obviously had a huge influence for me, he's like 'Papa Scrums' to me," Furlong told RTÉ Sport about his relationship with his former coach, who he worked with for both province and country.

"I would have come through Leinster, he was scrum coach and transitioned to scrum coach in Ireland. He's put a big body of work into me through developmental years.

"Obviously I have a huge amount of respect for him, and would share through knowing the man, and being taught by him, and discussions with him, a lot of the same ideas around the scrum."

Issues at the scrum have troubled both Ireland and Leinster in recent months, as they iron out the creases following Andrew Porter's switch from tighthead to loosehead.

But even with other personnel in place there have been issues, with Ireland struggling at the set-piece against England in the Six Nations when Porter was out injured, while last week an Ireland XV also struggled at scrum-time against the Maori All Blacks.

"It was average, I would have said," Furlong added, when asked about their scrummaging in the first Test.

"We coughed up three in the game, it's a big area of the game, the area where we're looking at and trying to get batter at."

"You see the All Blacks, when they got a few chances, first and second phase, gone, seven points. It's a massive part of the game, being clinical with the opportunities you get, because it's Test match rugby and it's hard to create opportunities, so when you get them it's important to take them."

And while Furlong believes Ireland haven't necessarily been at fault for all of the decisions that have gone against them, he says the onus is on them to fix it themselves.

"It's probably a little bit of both. As a group we put it on ourselves, and just try to take care of what we can take care of, and get better for it.

"The set-piece is so big in the modern game.

"In both games we probably didn't get what we wanted out if it. We spent a lot of time on it this week. Obviously we have that little bit more [time], it's a standard week, we don't have two games, so we're just putting the time in and getting about our work." 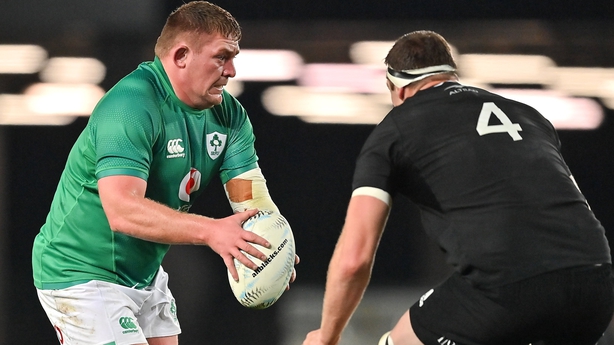 The 29-year-old (above) has also dismissed the idea that Ireland's players were tired for their opening tour matches, saying that they had more than enough time to get adjusted in New Zealand, having arrived a week before the game against the Maori All Blacks.

"I think we arrived in plenty of time, we got in the week before the Test on the Wednesday, so I don't think that was an issue.

"It's tough for some of the lads backing up, but you can't use that as an excuse. Energy levels are good, and it's all on the line this weekend.

"It's not easy, it's Test match rugby and you can't always get it your own way."

If Ireland are to claim a first ever win in New Zealand and send the series to a deciding game, they will need to be far more clinical with their chances this weekend in Dunedin.

Andy Farrell's side enjoyed the bulk of possession and territory in their 42-19 defeat last week, but found themselves held up over the line on multiple occasions, something Furlong says has to be fixed.

"You see the All Blacks, when they got a few chances, first and second phase, gone, seven points. It's a massive part of the game, being clinical with the opportunities you get, because it's Test match rugby and it's hard to create opportunities, so when you get them it's important to take them." 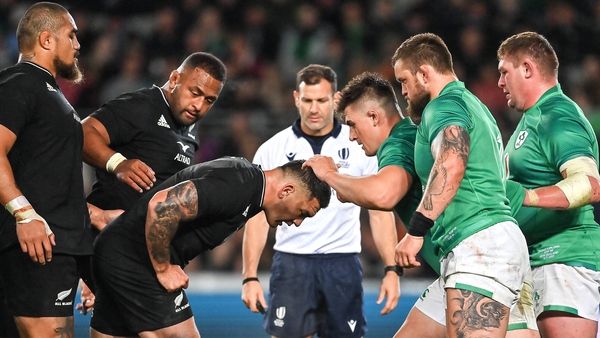