Leinster will monitor the progress and increase the training loads of both Tadhg Furlong and James Lowe ahead of this weekend's Heineken Champions Cup final.

The influential duo were both injured in the semi-final victory over Toulouse on 14 April.

"Tadhg Furlong and James Lowe (shin) and Nick McCarthy (shoulder) will increase their training load this week and will be continually assessed ahead of Saturday," said the province, who face La Rochelle on Saturday in Marseille (4.45pm).

"In terms of hindrance [to training], it is what it is.

"You often get these situations this time of year. They are both very good professionals in terms of attitude to rehab and recover and individual preparation so there’s no fear of them keeping them up to speed.

"It’s just making sure they’ll be fit and ready for match day. For quality players you give them as much time as you can.

"We’re hopeful but it’s not done and dusted yet."

There was a clean bill of health for hooker Rónan Kelleher who needed a head injury assessment during the 40-17 victory over the reigning champions.

Meanwhile, Jordan Larmour, named man of the match during Leinster's URC win over Munster on Saturday evening, reported no issues and has fully recovered from a hip injury.

In the same game, centre Ciarán Frawley was removed for a head injury assessment, which he passed, but he did not return to play due to a facial injury and will be further assessed this week.

Scrum-half Cormac Foley, a try scorer on his first home start against Munster, picked up a shoulder injury and will also be further assessed this week.

Leinster lost to La Rochelle in last season's semi-final and Lancaster said there are lots of lessons to be learned.

"There is a huge amount [we can take from last year]," he added.

"We lost the game, it was in different circumstances. It was in Covid, no crowd, the environment will be very different, the heat in France.

"The key thing we've talked about is how good they were last year.

"We had our chances in the first half that we didn’t nail and probably weren't as accurate in the second half as we needed to be. They got the lead and stayed in the lead.

"James Lowe going in the bin was a big moment, they’ve got our full respect what they achieved in that game and also from what we’ve seen of them this season.

"They are a better attacking team, defensively they are strong with a lot of breakdown threat and a good kicking game as well." 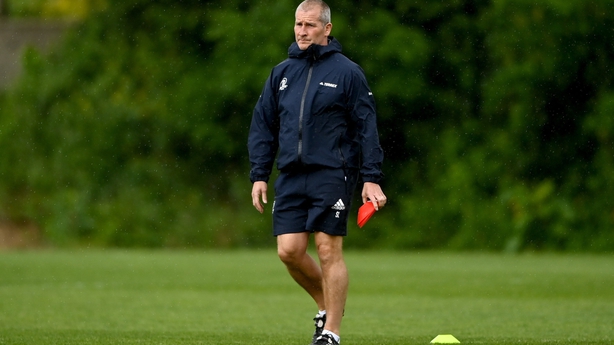 The temperature in Marseille could be in the high 20s on Saturday but Lancaster dismissed the conditions as a concern.

"If you'd spoken to me about an hour and half ago when I was coaching in the rain I'd have said this was the ideal preparation," smiled the former England boss.

"Anyway, the sun came out for the second half of the session so it got a bit warmer.

"It's the same for both teams.

"The boys are fit and champing at the bit. It’s 5.45pm kick-off their time so it won’t be as hot hopefully. I think the sun is unlikely to be on the pitch at that time. It will be warm but it will make for a great occasion."