The door is open for Cliodhna Moloney and other Ireland internationals who missed out on selection for the Six Nations, insists Greg McWilliams.

Wasps hooker Moloney was the highest-profile player left out of McWilliams first squad, which was announced earlier this month.

She joined centre Sene Naoupu and back row Anna Caplice as senior players who missed out for the campaign, which starts against Wales on Saturday.

In addition, experienced trio Ciara Griffin, Claire Molloy and Lindsay Peat retired at the end of the year.

Moloney's comment calling remarks made by former women's director Anthony Eddy "slurry" added fuel to the fire of a row that was brewing between current and former players and the Irish Rugby Football Union.

However, the recent release of an independent review into the failure of the side to qualify for the World Cup and an upcoming review into the wider structures of the women’s game has signalled a new chapter in Irish rugby.

Last month new IRFU CEO Kevin Potts said Moloney was not paying the price for speaking out in public and the decision was purely based on "form".

Moloney is one of just a handful of players who ply their trade in the English league and was part of the team that helped Wasps to a big win over defending champions Harlequins two weeks ago.

Capped 31 times, 28-year-old Moloney had been one of Ireland most dependable forwards in what was a difficult year, playing in all of the games. 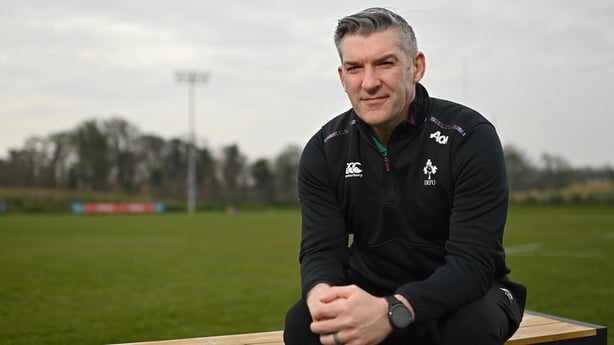 "This is a rugby decision, nobody steered me any other way," said McWilliams when questioned about the selection.

"I’m selecting who I believe are the right people at the moment to represent Ireland and I’m really proud of the squad that we have.

"There’s a number of people that have missed out

"It’s important to say that the door is always open for the squad.

"I mean, this is our first squad and it won’t be maybe until we have the third or fourth camp get-together as we progress as a group that we might see some consistency in the squad.

"Selection is never easy and I was true to myself in selecting who I felt were the best players at this moment to bring Ireland forward but I have talked to all three players.

"I was talking to Sene (below, left) yesterday about something away from rugby. 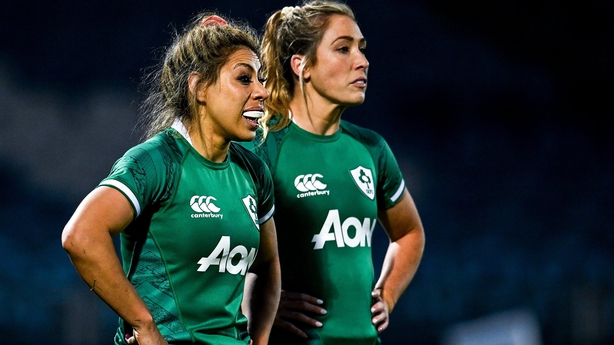 "She is terrific, she’s talented but there’s also talent in the squad at the moment and we will see what happens down the line.

"But there are a number of players, not just the three you mentioned.

"There are several others who will feel just as upset at not being in the squad and our job is to make sure that it is open to everybody for selection and it’s never easy. I’m proud of the squad that we have together.

"I’m being true to myself and I have had the backing of the IRFU 100%.

"I’m going to make a lot of mistakes but I’m going with who I feel are the best management team for this group and I have had incredible support from David Nucifora, from Anthony Eddy originally and from Kevin around me getting the people in that I felt were needed to bring this forward."

New captain Nichola Fryday was one of those whose endured the agony of missing out on the World Cup but insists they have moved on.

"Any rugby player would be heartbroken after something like that happening," said the Offaly native, who plays second row with Exeter. .

"But we came together in November and we had two really good wins. For us coming back together for this Six Nations, we're just focused on moving forward in the next few weeks and the next few seasons.

"We're starting from the start again and we're going to be building.

"But I know Greg was saying the same as well, we don't want to be in a position where we won't qualify for a World Cup again so it's a really positive next few months and next few years, and we're really excited for it.

Follow Ireland v Wales (Saturday 4.45pm) via our live blog on rte.ie/sport and on the RTÉ News App or watch live on RTÉ2 and RTÉ Player. Listen live on Saturday Sport on RTÉ Radio 1. Highlights on Against the Head, Monday 8pm.