Rarely has a full Test international come with such a sense of a chapter ending.

Ireland host Japan at the RDS at 3pm (live on RTÉ2 and RTÉ Radio 1) with head coach Adam Griggs in charge for the final time after taking over at the end of 2017. Greg McWilliams will then assume the role.

Captain Ciara Griffin, at the age of just 27, is also hanging up her boots after what will be her 41st cap.

They join stalwart Claire Molloy, who called it a day following Ireland's failure to qualify for the World Cup, while Lindsay Peat looks to have signed off on her brilliant stint in green with a try in the 20-10 win over the USA last weekend.

McWilliams will soon set about the job of fixing the team for the Six Nations. While he’ll have something of a clean slate there will still be some old issues to deal with. 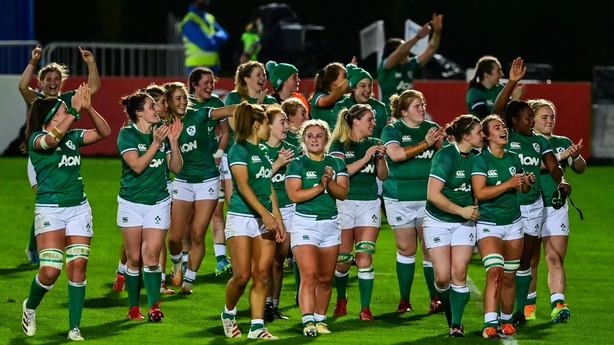 The hard-fought victory over the USA Eagles served to release some of the frustration felt in the women’s game across the country but it will take time to heal all the wounds.

There are currently two reviews under way in relation to the circumstances leading up to the defeats to Spain and Scotland in Parma and the wider structures in the women's game.

Another investigation into the Energia Park changing area incident has been completed.

The attempts to turn the pages quickly will always be hampered, it seems, by the IRFU policy of sharing the best players between two different sports.

Thursday’s team announcement came with the news that Stacey Flood, Beibhinn Parsons, Eve Higgins and Amee-Leigh Murphy Crowe, all starters in the defeat to the Scots in Parma, will be absent as they prepare to fly to Dubai for a sevens tournament.

The union has never made any bones about their apparent need to mix and match players between the two codes but it still doesn’t make it right. 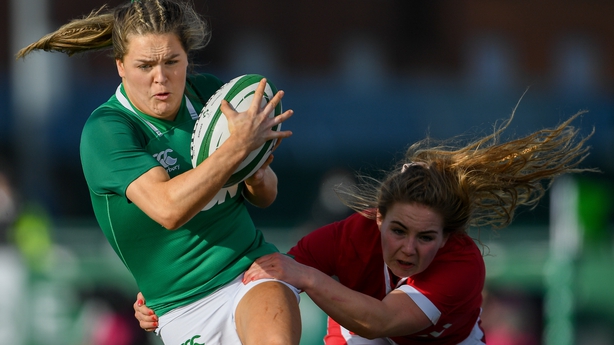 Flying winger Parsons is a superstar of the game in the making – a player fans would pay the price of admission alone to see, but that’s not happening today.

How many young kids will be asking their parents what’s she doing in Dubai?

Last week Murphy Crowe said she didn’t feel like the players were falling between two stools but she’s hardly going to say anything else.

Asked which sport she would pick if there was a clash, the Tipp woman told RTÉ Sport: "I can't answer that question, I started my journey in XVs. Went to Sevens and then back to XVs.

"If it was internationally, the coaches at hand make the best decisions for us. It's not us personally as players, it's what's best for the team at the time what takes priority."

In many ways it highlights the gap between the men’s and the women’s squads: a player missing out on a men’s international for a sevens tournament wouldn’t even be contemplated.

Sevens can be a great game but it will never occupy the same space in the sporting psyche of the country. The stubborn insistence that it someday might is to the detriment of the XVs team. 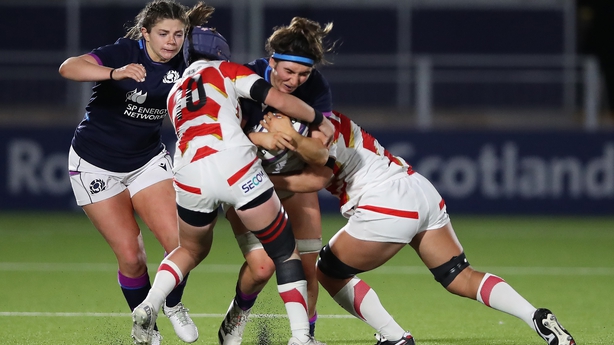 Meanwhile, the 'Sakura Fifteen' team are in town for their third game of the autumn window.

Lesley McKenzie's side, who will take part in next year’s World Cup, have already lost to Wales (23-5) and Scotland (36-12), while the visitors did have to play 60 minutes in Edinburgh with 14 women after a red card for lock Yuna Sato.

They’ve conceded nine tries in those two losses, with weak defence on the outside a common failing; Parsons would have made hay.

The three tries they have scored were all close-range efforts by the pack so Ireland’s defence will be alert to that zone.

They include one debutant in their 23, Otoka Yoshimura lines out in the second row.

For Ireland, Hannah O'Connor replaces Anna Caplice at number eight, in one of eight changes in total.

Griffin and Edel McMahon keep their back row spots.

Sam Monaghan continues in the second row where she is joined by the returning Aoife McDermott, while Laura Feely, Neve Jones and Linda Djougang form an all-new front row.

Enya Breen gets her first start at out-half with the experienced Kathryn Dane inside her. Laura Sheehan starts on the right wing, with Aoife Doyle on the opposite flanks.

The centre partnership of Sene Naoupa and Eimear Considine is retained.

There are three likely Test debutants on the bench with Leinster duo Mary Healy and Ella Roberts and Connacht back Shannon Touhey all included for the first time.

Motivated by the surprise announcement of Griffin's retirement you’d expect that Ireland will have too much for what is a relatively inexperienced Japan outfit, however, any repeat of the stuttering efforts against Spain or Scotland could leave the door open.