The retirement of Ciara Griffin will bring "extra motivation" to Ireland in their end-of-year Test with Japan this Saturday, according to Hannah O'Connor and Aoife Doyle.

Ireland captain Griffin will win her 41st and final cap on the flank this Saturday at the RDS (live on RTÉ2 and RTÉ Player), with the Kerry native confirming her retirement earlier this week.

Yesterday, men's second row James Ryan paid tribute to the Munster woman, thoughts that were today echoed by her teammates Doyle and O'Connor.

Doyle starts on the wing for Ireland on Saturday, more than 18 months on from the most recent of her six senior caps.

The former sevens international has only had minor overlap with Griffin on the international scene, but goes back a long way with her at provincial level.

"You're losing a massive leader but also a friend," Doyle said.

"I played with her since U18 at Munster so I've known her all my rugby career. I’m very close to her, she brings me up and down from Limerick to camp.

"She’s just a very selfless, nice person and then on the pitch she’s a leader and when she speaks everyone listens. We’re losing a great friend and a great leader."

Those thoughts were echoed by Leinster's Hannah O'Connor, who packs down alongside Griffin in the back row on Saturday.

O'Connor says that while it will be a huge blow to lose a player of Griffin's experience, they fully understand her reasons for retirement.

"Obviously, it's the big news this week, and we as players are that bit closer to her so we've known for a while and have nothing but respect for her decision," the Kildare native said.

"She is very young in terms of age (27) but she's been around and is such an experienced player. She's a massive part of this group and all you have to do is look online and see her name trending and realise what she means to everyone, both to her teammates and anybody who has ever crossed paths with her.

"It'll be a massive loss to us but we fully respect her decision and wish her the best in the next chapter of her life which is exciting for her as well." 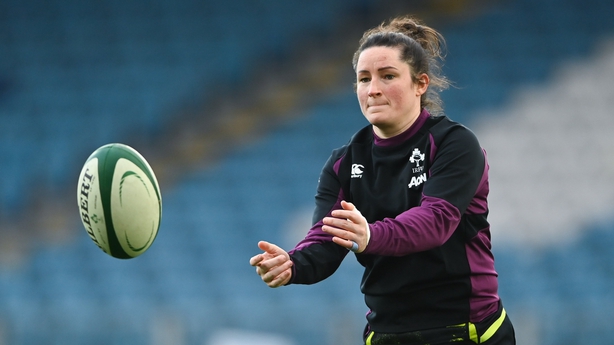 O'Connor (above) says the departure of Griffin, along with head coach Adam Griggs, will serve as huge motivation to finish their year on a high at the RDS.

"Absolutely, as if you needed extra ammo for a home game.

"It does bring that extra level to it, we want nothing more than to sign off in the absolute best possible fashion for her, to give her the send-off she deserves. It definitely does add fuel to that fire.

"We have a really good group of girls here and a great mix of youth and experience, and even in the younger players who are great leaders that step up as well, but across there board there are leaders who can step up.

"It will be big shoes to fill to take over from someone like Ciara Griffin, but there are definitely plenty of people who are capable of stepping up and leading us on."

Follow Ireland v Japan (Saturday) and Ireland v Argentina (Sunday) via our live blog on RTÉ.ie/sport and the RTÉ News app, watch live on RTÉ 2 and the RTÉ Player, or listen to national radio commentary on RTÉ Radio 1. 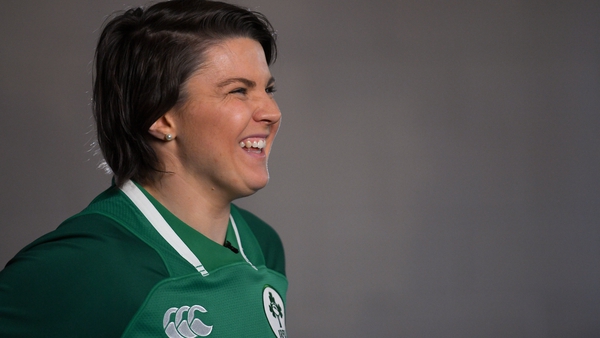