The ongoing controversy in the Ireland women's camp has not been discussed in the men’s squad, according to Bundee Aki.

An interview with the women's director of rugby Anthony Eddy and the resulting fallout has dominated the build-up to their autumn international against the USA in the RDS tomorrow evening (7.15pm, live on RTÉ Player).

A number of current and past players have gone on social media to say they stand behind team-mate Cliodhna Moloney, who compared some of Eddy's comments to "slurry".

Earlier, captain Ciara Griffin said she backed Moloney and declined to express her full confidence in Eddy, preferring to trust the process around an ongoing review.

"No, we haven't," said Aki when asked if the squad had discussed the controversy.

"We certainly are going to be supporting them this weekend against the USA at the RDS.

"I've coached women's rugby before and I'm certainly going to be watching with a lot of interest and wishing them all the best."

On Moloney’s specific comments, Aki said: "No, so I wouldn't be able to answer that."

The squads are operating in strict Covid-19 bubbles and coach Andy Farrell confirmed that his panel would not be in attendance tomorrow evening.

"I certainly have a message of support: all the best from all the guys here," he told RTÉ Sport.

"We will be watching. As you know, protocols don’t allow us to get outside that much and mix but we wish them all the best against the USA." 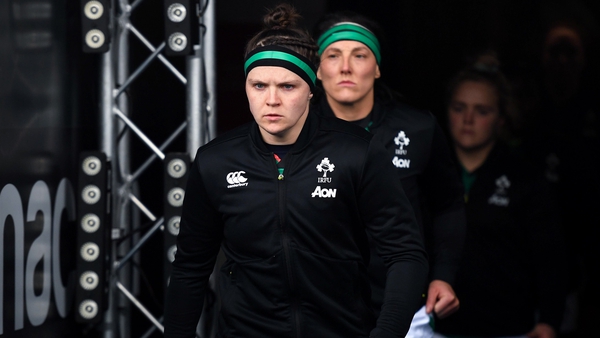