Eddie O'Sullivan believes Ireland will have opportunities to trouble New Zealand but expects the Irish defence to be the biggest factor in deciding the fate of Saturday's fixture.

Andy Farrell's side come into the second November Test off the back of a convincing 60-5 win over Japan, while the All Blacks have trounced an under-strength USA as well as beating Italy 47-9 last weekend since the end of the Rugby Championship. In the process, Ian Foster's side have set world records for the most test points and tries scored in a calendar year.

Speaking on RTÉ's Against The Head, former Ireland head coach O'Sullivan believes the key to a win will be keeping the All Blacks below their average scoring rate of 20 points while trying to capitalise on their defensive weaknesses.

How do Ireland beat the All Blacks? Stop them from scoring more than 20 and you'll give yourself a shot, says @TheRealEddieOS #AgainstTheHead #RTErugby pic.twitter.com/DWBFFvItcj

"I think it starts with defence for us. We've got to stop them scoring a lot of points because the thing about New Zealand when you look at it historically and we don't tend to talk about it, they tend to concede points," he said.

"They've got a very flexible defence system and they do make individual errors and you can pick them off if you're patient.

"They average about 20 points a game so you've got to stop them scoring more than 20 and then you've a shot.

"But last weekend in the game against Italy, they didn't play well. They had three line breaks in 80 minutes and they were pretty poor by their standards.

"So I think they'll come stronger. But it will come down to our defence like when we beat them the last time at the Aviva. If we can hold them out and play a bit of what we saw (against Japan) - we won't get the same number of opportunities, there will be less time and space - from what we saw last weekend there are opportunities to score against New Zealand."

On the manner of Ireland's win over Japan, which featured a more off-the-cuff approach in attack, O'Sullivan said: "This is Ireland like we've never seen them playing in a long time.

"It was bad defence from Japan to get caught like that but all Ireland can do is make the recognition and execute and punish them from their mistakes.

"We haven't seen this before. We've seen those opportunities before where Ireland were in those positions and not take them, and that for me is the big difference." 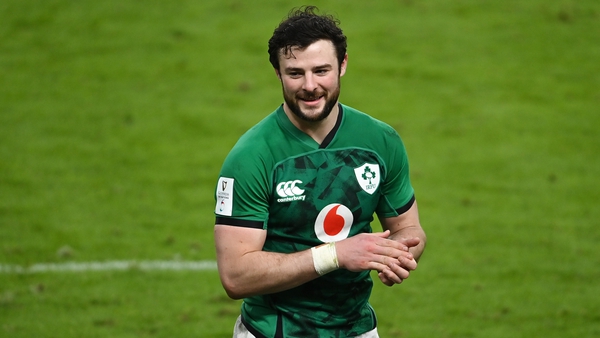 Henshaw returns to training ahead of New Zealand clash