Robbie Henshaw has handed Andy Farrell a major fitness boost ahead of Saturday's visit of New Zealand in the Autumn Nations Series.

The Leinster centre has returned to training, having missed Saturday's 60-5 win against Japan with a foot injury.

However, the British and Irish Lion faces a stiff challenge to break into Farrell's midfield, with both Bundee Aki and Garry Ringrose scoring tries in Saturday's hammering of the Brave Blossoms.

Last week, Farrell was coy on Henshaw's possible return for the meeting with the All Blacks.

"I've said to Robbie there's no pressure, it is what it is, when he's ready he's ready," he said.

"There's no pushing from our side. We'll see how the coming days go for him."

The Munster back row didn't feature in Saturday's win against Japan due to illness, and the IRFU say he will not train with the squad this week. His illness is not thought to be Covid-related.

Farrell has an otherwise full deck to choose from for the meeting with the three-time world champions, who have been boosted themselves by the return to fitness of second row Brodie Retallick. 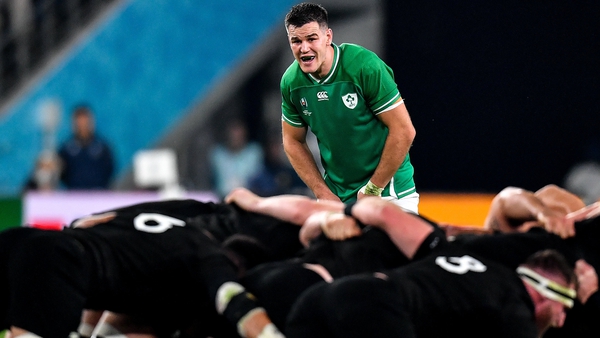