Ireland's attacking performance in the demolition of Japan shows that Andy Farrell’s side have the tools to defeat visiting New Zealand this weekend, according to Bernard Jackman.

Ireland began their November international series with a nine-try hammering of the Brave Blossoms, a side who as recently as the 2019 Rugby World Cup had made Ireland look devoid of attacking ideas.

A hat-trick of tries for Andrew Conway, and one each for James Lowe, Jamison Gibson-Park, Bundee Aki, Garry Ringrose, Cian Healy and the centurion Johnny Sexton powered the hosts to a comfortable victory, but this weekend sees the All Blacks roll into town.

The number one team in the world have coasted through their international window outings, routing USA 104-14, putting over a half century of points on a second-string Welsh side and easing to a comfortable, if at times workmanlike 47-9 win over Italy in Rome.

Having gone 111 years and 28 games waiting for a first win over New Zealand in 2016, the last four games have been evenly split, with Ian Foster’s side winning the most recent fixture, a World Cup quarter-final two years ago.

The visitors will start as favourites, but Jackman, who never played the southern hemisphere giants during his international career, gives Farrell’s men every chance on Saturday.

"November is when the All Blacks try new players and they are trying new players," he told RTÉ’s Morning Ireland. 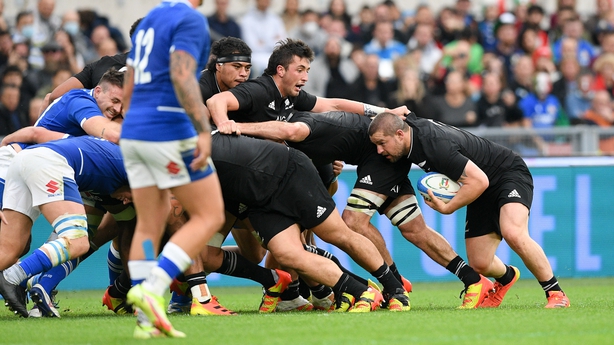 "They have had an easy run. Wales had a second-string team against them, they beat USA by 100 points and won at the weekend against Italy, so they are coming here not really having been in a dog fight or a test.

"Australia beat them in the Rugby Championship. I think they are potentially vulnerable and I think we have a cracking chance.

The former Leinster hooker says that the performance levels of Jamison Gibson-Park, James Lowe and Andrew Conway in particular against Japan vindicated Farrell’s faith in the trio.

"All three of them were outstanding, and more importantly for me, we played to their strengths," he said.

"Gibson-Park is a high tempo nine, we didn’t do a lot of box-kicking, we moved the point of attack.

"When we did kick contestable kicks, they were down the right, allowing Conway use his strength in the air.

"We didn’t keep Lowe on the left wing, he was roving around, and made three line breaks up the middle where he came in from full-back," adding it was Ireland's most clinical attacking display under the head coach.

"With Andrew Porter as a loosehead, Caelan Doris back from injury and Jack Conan’s form, Ireland has a different type of ball player across the field and I’m excited by it." 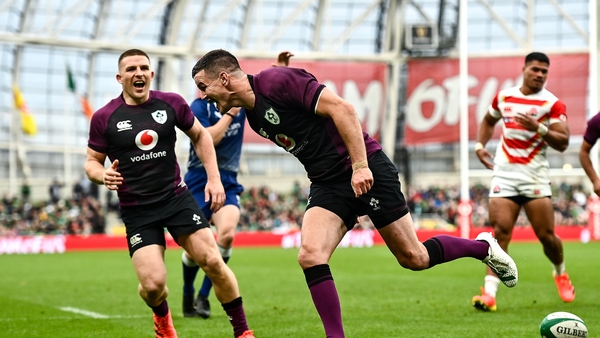