Munster head coach Johann van Graan says the province are hopeful of an October return for the luckless RG Snyman.

The South African World Cup winner has stepped up his rehabilitation in training, after his comeback from a knee injury was disrupted by serious burns suffered in a firepit accident in June.

The Springbok had to undergo a skin graft procedure following the accident, which also left his countryman Damian de Allende with significant burns, while team-mates CJ Stander and Mike Haley also suffered injuries.

It capped off a miserable first season for Snyman, who suffered a torn ACL just seven minutes into his Munster debut in August 2020, before a further setback with his knee ended his hopes of a comeback late in the season.

However, the province have earmarked October as a possible return for the 26-year-old, whose head coach van Graan has hailed his attitude throughout the last 12 months.

"We've got no pressure on RG, we're also working very closely with the Springboks to make sure both parties look after him very well," Van Graan said.

"In terms of his personal circumstances, you couldn't write the book about this because that would be a bestseller for what he's been through in the last year.

"All credit to RG, whatever setbacks he's had, he's kept his head down and he's currently working very hard with our medical and our athletic performance team to get back onto the pitch.

"He'll start filtering into some small bits of rugby training and as soon as he's ready I can't wait to let him play his first game of the season for Munster, whenever that will be." 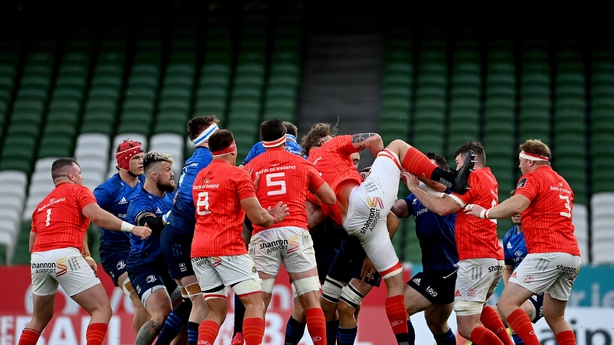 And while Van Graan wouldn't go into the specifics of Snyman's current rehab programme, it seems the second row's progress was halted while he waited for his burns to heal.

"Obviously when he went through that process, we couldn't really do anything about his knee that was operated on," he said.

"We'll just keep looking after him and just make sure he's improving week on week, and when he's ready to go he'll play for Munster."

Meanwhile new signing Jason Jenkins is a doubt for the start of the new United Rugby Championship campaign due to a shoulder injury, with the province saying he could be training again "in the next few weeks".

There was good news for scrum-half Neil Cronin though, who made his return from a long-term knee injury in their recent in-house challenge match.