Munster have been dealt a significant blow with the confirmation that new signing RG Snyman suffered a torn ACL on his debut against Leinster.

The South African's first appearance in red lasted just seven minutes before he was forced off the field with a knee injury, described by head coach Johann van Graan as appearing to be "pretty serious" afterwards.

The province today confirmed those worst fears and the lock will meet a specialist to discuss surgery and could be sidelined for a period of time up to nine months.

Dave Kilcoyne and Jean Kleyn have also been ruled out for the "immediate future".

Kilcoyne injured his right ankle while Kleyn was taken to hospital for imagining on his neck, though return dates have not been given on the pair.

Munster take on Connacht this weekend at the Aviva Stadium in the Guinness Pro14 looking to bounce back from the narrow 27-25 to Leinster. 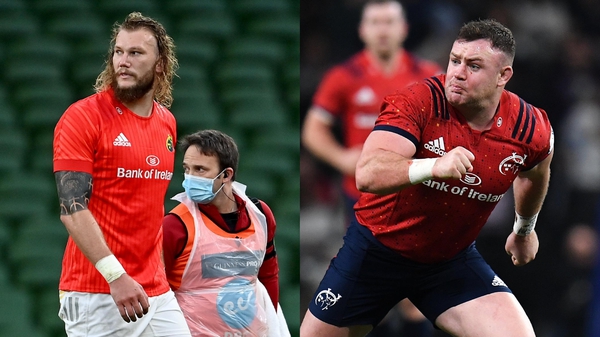