Live blog on RTÉ Sport Online and the RTÉ News app from 11.30am.

A dry and bright day with good sunny spells. Highest temperatures ranging between 13 to 16 degrees Celsius in light to moderate easterly breezes. For more see met.ie

'The countries that are taking women's rugby seriously are excellent' - @cantwelll on Ireland's catch-up mission - more on the #RTERugby podcast here https://t.co/OVlsaFtNck pic.twitter.com/0yjva9ZVkI

Following one win and one defeat each for the teams in their respective pool games to date, Ireland and Italy face off to claim third place in the Six Nations, which was curtailed due to Covid-19 restrictions.

Indeed this fixture was originally due to be played in Parma but that would have entailed the Irish squad having to isolate for 14 days upon their return so the Italians magnanimously agreed to give up home advantage.

With England and France, who meet in the final at 2pm, operating on professional and semi-pro basis, this game is to determine who is the best of the rest. 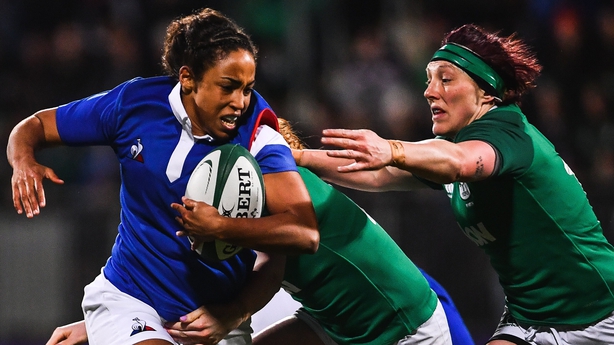 The sides last met in October when Ireland recorded a 21-7 win in Donnybrook, the Irish tries coming from Lindsay Peat, Claire Molloy and a penalty try.

However, the teams come into this clash off the back of contrasting results with Italy bouncing back from an opening-round thrashing by England to beat Scotland 41-20 in Glasgow last weekend.

Ireland, meanwhile, were brought back down to earth following a fine round-two win away in Wales when they came up against France last weekend, losing 56-15 and shipping eight tries along the way. 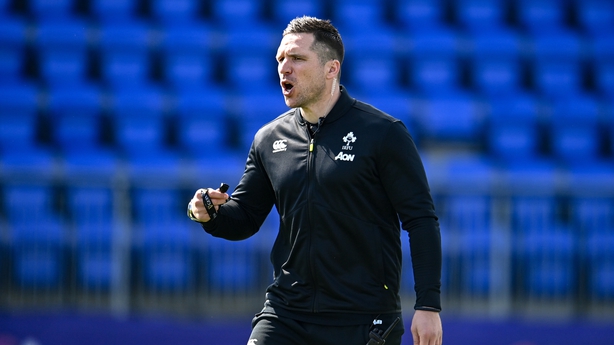 It was a result and a performance that led to a lot of discussion during the week about the structures and direction of the women's game in Ireland.

It ended with head coach Adam Griggs seeking to clarify comments he made on Tuesday when he struggled to answer a question about who was in charge of the women’s AIL and inter-provincial series.

With the standalone window that has been manufactured and the opportunity to showcase the game in the country, it was an unnecessary distraction, subsequently compounded by an IRFU media strategy that saw no players put forward by the union for interview until Friday morning when captain Ciara Griffin spoke.

Griggs has handed first Test starts to out-half Stacey Flood, wing Amee-Leigh Murphy Crowe and flanker Brittany Hogan. There is no place in the squad for Molloy, a two-time championship winner.

Italy head coach Andrea Di Giandomenico has named the same XV that beat Scotland with hat-trick hero Manuela Furlan the one to watch on the wing.

Adam Griggs (Ireland): "The mistakes we made were punished by a very good French team and we obviously take learnings from that and can’t afford to be off our game, certainly when you play the fourth best team in the world. It will be the same this week.

Andrea Di Giandomenico (Italy): "We have prepared the next match with great attention to detail and greater confidence in our means after the victory in Scotland. The precision in the construction of the game and the pressure in the defensive phase I think will be the two fundamental components that will be able to decide the match in Ireland."