As Six Nations hangover cures go, you couldn't get much better than this.

France and Scotland served up a fitting finale to the tournament last night, which came less than a week after Ireland's spirit-lifting success over England.

Rugby fans will still be buzzing after the strangest iteration of the competition in memory came to such a thrilling conclusion so it's nice to come down with a little bit of sibling rivalry in the shape of a Leinster v Munster Guinness Pro14 final.

Between them, the two head coaches will start 14 of the Ireland squad that played some part in the win at the Aviva last Saturday.

Leo Cullen reckons he can afford to hold back three more - Johnny Sexton, Tadhg Furlong and Ryan Baird - for the later stages of the game. 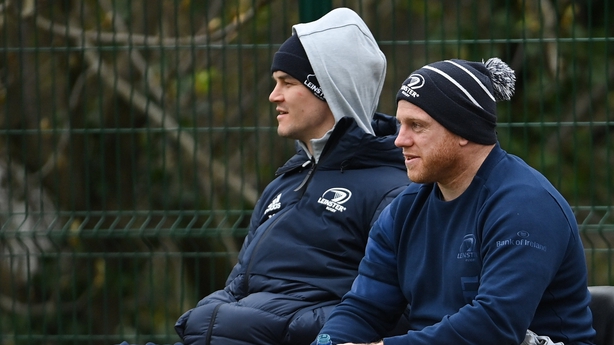 Leinster have already used 57 different players in a 16-game campaign that included defeats to Connacht and Ospreys and 14 victories and saw them top Conference A.

"These are always very tricky [decisions] as we know, for lots of different reasons," said Cullen of his selection.

Johann van Graan knows his side, despite a noticeable upgrade in the European performance this season, have a real shot at a first trophy since 2011, a stark reminder that Peter O’Mahony is yet to earn a medal with his beloved club.

Of the 23 in the match-day panel only Conor Murray and Keith Earls were on duty when they beat Leinster 19-9 in May 2011 at Thomond Park in what was then the Magners Celtic League Grand Final.

We know what the gig is - Larmour puts friendships aside

Sexton, Cian Healy and Devin Toner - who becomes the province’s most capped player today with 262 - are the Leinster survivors from that defeat.

Munster have been beaten in two finals since then - Glasgow, 2015 and Scarlets, 2017 - while their dear rivals have lifted the trophy five times in that period, including in each of the last three years.

While Leinster insist they are just as eager for another title, it’s hard to imagine that Munster won’t edge the hunger game.

Scrum coach Robin McBryde also threw the holder’s six-day turnaround to the Champions Cup clash with Toulon next week into the mix when asked about getting the selection balance right.

The four-time European champions benchmark themselves off Champions Cup, as they should, so having one eye on Friday is understandable.

Munster, at home to Toulouse next Saturday, won’t be holding anything back as they look for a first win over Leinster since December 2018.

It still might not be enough for the visitors, however, as they bid to end a five-game losing streak against the Blues - but it will go a long way. 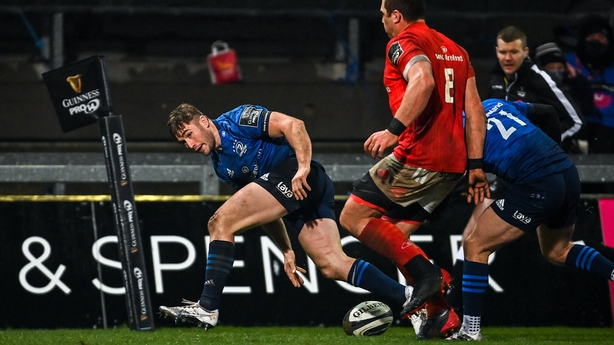 Indeed, Van Graan’s men were fancied to end that run when the side’s last met, just before the Six Nations.

Munster had most of the play in that game but when it counted, Leinster struck the killer blow.

There was one passage that encapsulated the difference between the two sides. With the clock in red at the end of the first half, JJ Hanrahan struck the post with a penalty that would have given Munster a 10-point lead.

The hosts gave away a penalty and four minutes later Sexton landed his effort to ensure they went in just four points behind at the break.

Such wastefulness will not go unpunished today either and Munster, beaten by Leinster at the semi-final stage in the last three seasons, must be clinical when it matters. 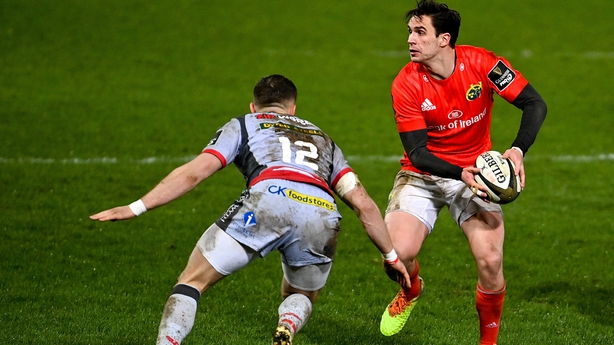 The return of Joey Carbery will help their cause.

After a year-long lay-off, the out-half has featured off the bench twice and started against Scarlets, where he produced a fine overall performance.

Munster also boast the in-form Tadhg Beirne in their ranks, who, long with Leinster’s Robbie Henshaw, were Ireland’s standouts from the Six Nations.

The lock also starred for the Scarlets when they beat Munster in the 2017 final.

"We have not won silverware here for 10 years, there’s not going to be a problem flicking a switch," said the Kildare man who joined Munster in 2019.

"Everyone in here is incredibly competitive and everyone wants to win, so that is definitely not going to be a problem."

The presence of Damian de Allende, a World Cup winner with South Africa, is a significant addition to their ranks and he is directly lined up against Henshaw in what should provide a tasty midfield battle.

Leinster’s better points haul means that the game will be played in Dublin, again, with no crowd permitted due to Covid-19 restrictions.

That's another thing that may work in Munster's favour. The tide looks red this time.